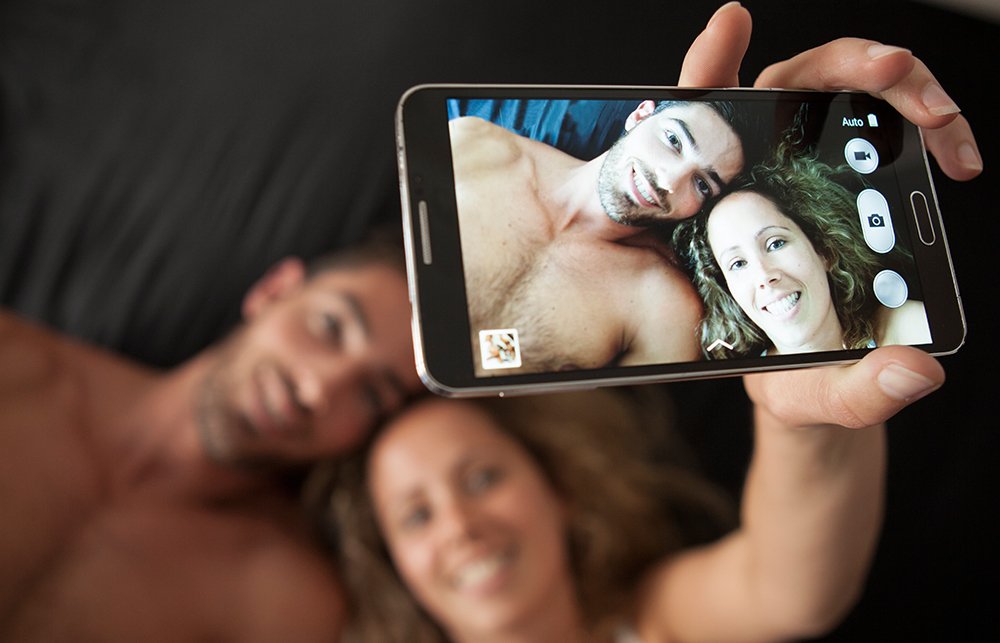 Sex. It’s twerking at you from Miley’s video clips and even the underwear aisle at Target these days. Despite living in a more sexualised world, things aren’t looking good for our libidos. The irony.

The recently released Second Australian Study of Health and Relationships (ASHR2), AKA our sex census, shows that the only thing regularly going down, is the weekly frequency average (from 1.8 times in the first study in 2003, to 1.4 times per week in 2014). Hetero Australian couples are getting less than ever. Yikes.

Lead author of ARHR2 study, Professor Juliet Richters from the University of New South Wales, says a number of factors may be at play even if you’re not. “We’ve seen the general intrusion of work into home life, it’s not uncommon to take laptops and phones to bed,” she says.

“Women may also be feeling they don’t have to ‘service’ their men and have relaxed after hearing from the last report that other people are doing it twice a week and not nearly every night,” Richters says.

Bedside tables across the country are a scramble of chargers. Australia has more than one mobile subscription for every person (31.09 million) and 11.19 million Aussies have a smartphone, the 2012-2013 ACMA Communications report shows.

We are experiencing a “tyranny of devices”, says Dr Meagan Tyler, lecturer in Sociology at Victoria University and author of Selling Sex Short.

“Technology is affecting all kinds of social interactions. You interrupt face-to-face conversations to answer your mobile or reply to a text. Why would sex be any different? Look at the rise of the selfie, and now the #bedselfie (a snap of your post-sex face). What’s next?”

BLURRED LINES
OK, admit it. Sex has been pushed to the bottom of your priority list, after work or reaching the next level on Candy Crush. “We’re too tired and busy,” says sexologist and relationship therapist Tanya Koens.

She’s seen an increase in clients relegating getting lucky to the weekend. “Then they fill up too. You have to reinvest in your relationship, which doesn’t mean spending eight hours a day in it. You can spend six seconds or 10 minutes daily and see a change.”

If you could get abs in six seconds you’d do it. Research shows regular kissing increases the amount of sex you’re having, according to a 2009 sample study by Arizona State University Professor Kory Floyd.

Instead of a harried see ya, do a six second kiss hello and goodbye says Koens. “Kiss with intention. You can squeeze your partner’s bum, kiss all the way from the ear and back again, suck their lips or kiss their neck.”

“There’s nothing like not having sex to fuel low libido,” says WH health expert Dr Ginni Mansberg. “Like going for a run, you’ll make every excuse to get out of it. Then after you’ve done it, think ‘that was good, I should do it more often’. Sex is sometimes the same, you have to mentally readjust and build up a tolerance.”

LATERS, VANILLA
On the plus side, you might be getting less, but you are getting all kinds of freaky. “Australians appear to be having sex less frequently, but they have broader repertories of sexual behavior,” says Richters.

“Female friendly stories on eroticstories.com and cliterotica.com offer an alternative,” says Koens, “read to each other and see what happens.” If you’re interested in a movie night with a difference choose a saucy storyline that turns you both on.

“Do something to help you relax like have a bath or glass of wine. Afterwards have an open conversation about what you liked, didn’t like, would like to try and what’s strictly off limits,” Koens says. But watching it and doing it, are two different things. Is sex going the way of cricket and becoming more of a spectator sport?

“The pseudo-anonymity of technology enables you to connect, explore sexual tastes and become better informed and aware about sex. You have permission to discover what your sexual taste is,” says Hellyer.

“Like with food, we all have sexual tastes. There are a whole bunch of things that pretty much everyone likes. Then there are some things only a minority enjoy, and everyone else thinks is a bit weird. Being more exposed to possibilities, you can tap into what you like and don’t.”

THE FUTURE OF FOREPLAY
Technology is part of modern coupledom these days (buzzy bedroom toys included) so use what you’ve got. Your phone is more than your alarm clock. A 2013 study from the Burnet Institute found 46 per cent of participants reported sending a sexually explicit message. “Sexting is a form of foreplay,” says Professor Catharine Lumby. “It’s part of modern dating and flirting.”

You might think your G-spot is the key to orgasm, but your largest sex organ is actually your brain. “For women desire is 75 per cent subjective,” says Koens, “you need to be in the moment and the mood”. You’ve heard of mindful eating, why not mindful foreplay?

“Women need to be energetically ready for sex. You can’t just put down the iPad and say sure. You need to be relaxed, off the ‘busy’ merry go round, in a relaxed environment and in a state where you want sex,” says Koens. Foreplay then pretty much begins at the end of the previous orgasm.

2. Be bad to be good. “Stop being the good citizen who is taking care of things and being responsible. Responsibility and desire just butt heads.” Swap the water bill for the water-based lube.

3. Understand that spontaneity and the LTR (long-term relationship) are myth. “Committed sex is premeditated sex. It’s willful. It’s intentional. It’s focus and presence.” Pen it (not pencil) in your diary.