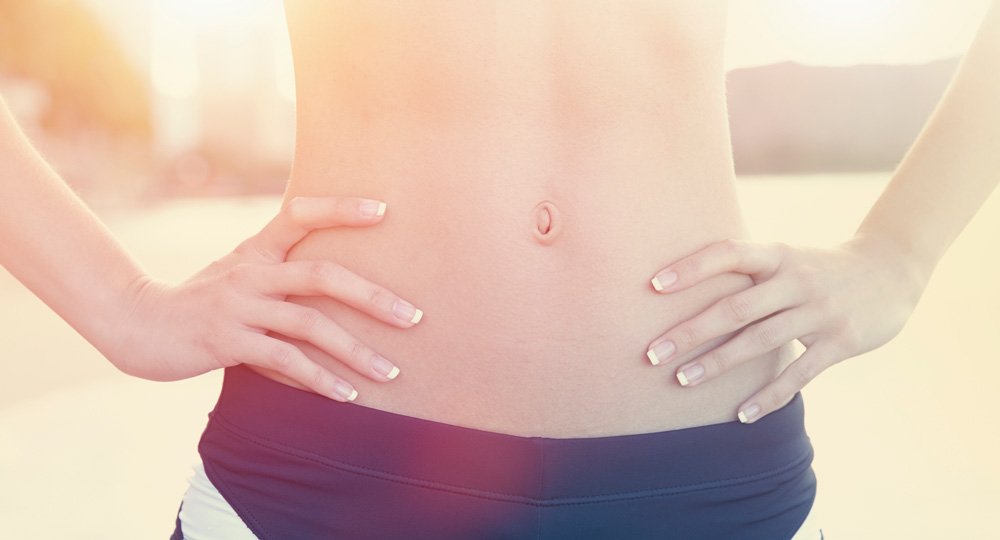 BE THE CENTRE OF ATTENTION
For all the effort you’ve put into toning it–and for all the cupcakes you’ve given up to maintain it–your midsection should be as rock-hard as a diamond and just as much fun to show off. So why does it seem like your quest for a sexy stomach always hits a bump…right about belly-button level?

You’re not alone in feeling frustrated: Sixty-two percent of women say the body part they’re most self-conscious about is their belly. But don’t give up hope–just change your thinking. Turns out, some of the old food advice you’ve been following for years may actually be working against you, says Alan Aragon, a nutritionist in Westlake Village, California. The latest research is full of new culinary strategies for shrinking your stomach (and slimming down all over). After wading through the data to answer your most common questions, Aragon presents his core counsel.

Contrary to what you’ve heard, the five-small-meals-a-day mantra doesn’t work for everyone. The new thinking? You’ll eat healthiest if you eat your way–meaning, if you prefer substantial meals fewer times a day, there’s no reason to force yourself to do the opposite, says Aragon. But while the number of meals doesn’t matter, their size does.

According to Purdue University researchers, the biggest problem with our noshing behaviour is that snacks have become meals, and meals have become feasts. In the past 30 years, snack sizes have increased from 360 calories to a whopping 580! When you consider that the average woman snacks twice during each workday, you’re looking at almost 500 extra calories a day. In just two weeks, these oversize bites–no matter how “healthy” they are–can contribute to an extra pound of fat. The takeaway: However many times you eat, always make sure that you’re keeping an eye on your portions.

HOW DO I KNOW WHICH FATS ARE OK TO EAT?

It’s been scientifically proven: Eating fat helps you become slim, says Aragon. In fact, the Institute of Medicine recommends that fatty foods make up 20 to 35 percent of your total calories. This, of course, isn’t an invitation to head over to the nearest fast-food joint. You have to include the right fats–primarily monounsaturated fats (MUFAs) like nuts, avocados, and healthy oils–and stay away from processed foods that contain trans fats, such as baked goods. A report in the British Journal of Nutrition found that a MUFA-rich diet helped people lose small amounts of weight and body fat even when they didn’t change their calorie intake. What’s more, dieters who took a high-fat approach needed 25 fewer days to lose 10 pounds than those who used a high-carb approach, according to researchers at Johns Hopkins University–and that was on a diet of 30 percent fat! So go ahead and indulge (in moderation) in fatty foods that are good for your body, including beef (top round and sirloin), pork, eggs (yolks too), and reduced-fat sour cream and cheese.

IS COUNTING CALORIES THE ONLY WAY TO GUARANTEE A FLAT STOMACH?

What matters most for shedding belly fat boils down to calories in versus calories out. For sure, counting those suckers at every meal will help you stay consistent with a healthy eating plan, says Aragon–but it isn’t necessary to lose weight. If worrying about Every. Single. Calorie. is stressing you out, put away the calculator (research shows that stress itself can cause you to stuff your face). Instead, fill your plate with whole, energy-dense foods, such as lean protein, fruits, vegetables, and whole grains. Because they pack a lot of nutrition into comparatively few calories, you’re able to eat more and feel full without expanding your waistline.

DO CARBS CAUSE TUMMY FAT?

Despite what nearly every diet plan in the late ’90s led you to believe, carbs are not your enemy. Yes, if you overeat them, you’ll gain–just as with any other food. But when it comes to weight loss, your total calorie balance is what matters. If you eat more than you burn, the unused calories turn into fat that gets stored in your belly (and elsewhere), regardless of what particular foods those calories come from, says Aragon. That said, if just the sight of carb-heavy dishes melts your willpower into goo, avoiding them is the foolproof way to control your weight. More realistic, perhaps, is making sure most of your carbs are the complex kind found in whole grains and raw fruits and vegetables. Because these tend to fill you with fibre, it’s easier to eat them in controlled portions than it is with highly processed refined carbs like white bread, pasta, and rice.

This usually means you’re not strength training or eating enough protein, says Aragon. Pick up some weights, and add six ounces of lean meat to your post-workout meal or mix two scoops of protein powder into a smoothie or yogurt. Each option yields about 40 grams of protein, the amount you need to lose fat while preserving metabolism-revving muscle.

Don’t be fooled by labels featuring ripped, bulked-up dudes. Anyone, jock or not, can benefit from the belly-flattening power of protein powder. Opt for whey protein over soy: According to a study in The Journal of Nutrition, participants whose diets included whey protein for 23 weeks had less body fat and a smaller waist than those who consumed soy protein. In fact, as strange as it sounds, dieters who included whey protein in their eating plan doubled their fat loss compared with those who ate the same number of calories but didn’t drink any shakes. To reveal your abs once and for all, try including a whey protein shake once a day or at least a few times a week.

DO ARTIFICIAL SWEETENERS REALLY PACK ON THE WEIGHT?

Nutritionists debate this topic as vigorously as politicos argue about tax hikes. There’s no direct link between consuming these sweeteners and gaining weight. Still, some research indicates that by providing you with the taste of a high-calorie meal without delivering the calories your brain expects, diet foods made with chemicals, artificial sweeteners, and preservatives can actually leave you craving more food, which causes you to overeat. And another reason to tone down your diet soda habit, says Aragon: Scientists at the University of Minnesota found that diet soft drinks and fake sugars may increase your risk for metabolic syndrome, which results in higher levels of belly fat, blood sugar, and cholesterol. So it’s a good idea to limit your intake to three or four servings a day at most (one packet of sugar substitute in your coffee is one serving; one can of diet soft drink is two). If your diet otherwise consists mainly of real foods, you can enjoy a little sweetener, whether it’s artificial or not.

CAN I HAVE DAIRY AND STILL LOSE MY BELLY?

Absolutely. In fact, cutting back on the amount of dairy you eat can signal your body to make more fat cells, according to a study in The American Journal of Clinical Nutrition. When you don’t have enough calcium in your body, it tries to hold on to what’s there. This triggers the release of a compound called calcitriol, which increases the production of fat cells. If you want fewer fat cells, eating extra calcium suppresses calcitriol, which breaks down fat and makes your fat cells leaner and your tummy flatter. So enjoy the moo juice, yogurt, or a little cheese. Because dairy does tend to be high in calories, keep your portions small or stick to low-fat varieties. (The Australian Dietary Guidelines recommend that women get two-three cups of low-fat dairy a day.)

I ALWAYS GORGE AFTER A WORKOUT. BAD HABIT?

This is actually the best time to have your largest meal of the day–as long as it’s a reasonable size and not a full-on feast. That’s because you’ve just reduced your body’s fuel reserves, and food can help aid your recovery. Plus, when your body is in a recovery state, incoming calories and nutrients stand a better chance of being absorbed by muscle tissue instead of being stored in fat tissue. If your goal is to curb uncontrollable hunger after a workout, try lean beef, poultry, or fish–protein-rich foods tend to be very filling. Pair that meat with whole-food, high-fibre carbohydrate sources such as beans. Fibre is another element that can help you feel satiated quickly.

Most fat-loss pills are a waste of money, and many carry scary risks, says Aragon. The truth is, the fat loss caused by any supplement is minor and is even less significant in people who have a substantial amount of weight to lose, he says. The best and only real way to uncover your abs–permanently–is to focus on what you eat and how you exercise.