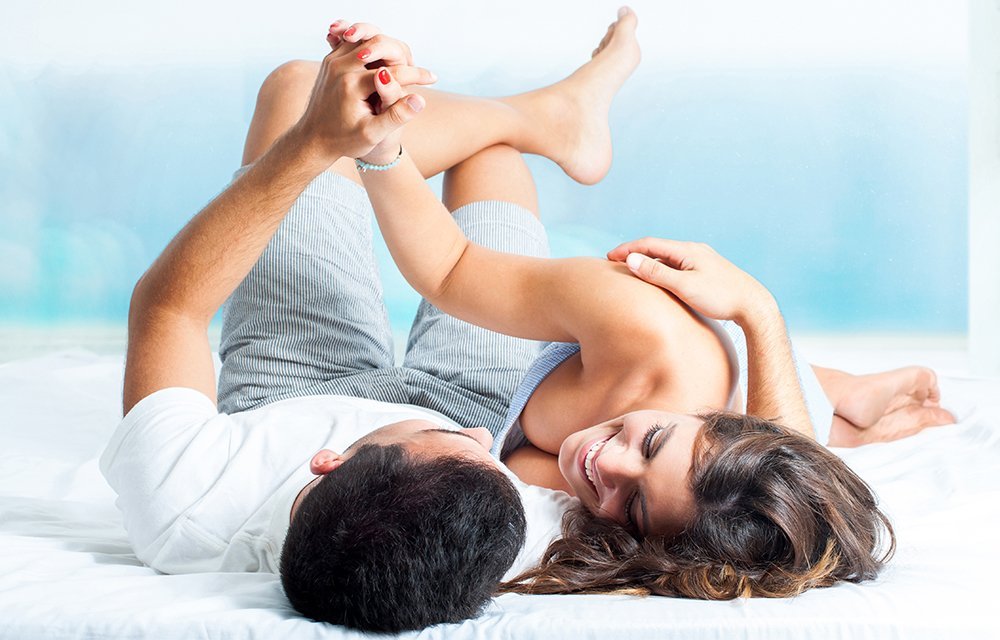 You know the drill: Women sometimes struggle feeling themselves when it comes to sex, while dudes are 100 percent satisfied as soon as their P hits a V. But actually, that super old, kind of lame assumption might not be that accurate.

We teamed up with Men’s Health to survey 6,700 men and women and found that one-third of women were having sex at least two or three times a week, and, round of applause, 71 percent said they were either “thrilled” or “satisfied” with their sex lives. Men, however, were getting busy at exactly the same rate as women, but only 51 percent were thrilled or satisfied. What gives? We asked Daniel Lebowitz, co-director and male sexuality specialist at The Intimacy Institute in Boulder, Colorado, to throw some light on this pleasure chasm.

RELATED: The Time Of The Week That’s Most Popular For Sex

The blurring of roles in modern relationships can also lead to a tentativeness that spills over into the bedroom, says Lebowitz. “Men and women both pull their weight financially and are equally likely to make dinner on a given night. But sexually, there’s still an expectation for men to be in charge. Many guys don’t know how to blend those roles and feel they have to be ‘on’ all the time in bed, that they can’t relax and let down their guard.” What do men really want? Sexperts say their male clients wish their partners would, on occasion, do the things below—and before you protest that puts the onus on you, reflect on this: When his satisfaction goes up, so does yours.

You don’t have to jump him when he walks in the door, but casually putting his hand high up on your thigh while you’re watching TV or making the first move when you’re undressing for bed are gestures that level the playing field sexually and take some of the pressure off, says Lebowitz. After all, who doesn’t like feeling desired?

It frustrates guys that you’ll primp for your girls but kick back in sweats with him, says Lawrence Siegel, clinical sexologist with the Sage Institute for Family Development in Boca Raton, Florida. Dressing up occasionally shows you still want to impress him—which reassures him and makes him feel more masculine (read: sexual).

Here’s a paradox: The more settled you feel in a relationship, the harder it can be to talk about sex, notes Lebowitz. That’s because the stakes are higher. You don’t want to hurt your guy’s feelings or make him feel inadequate. So spin it positively—tell him what felt good, what move you want to try next. It’s all kindling for more sparks in bed.