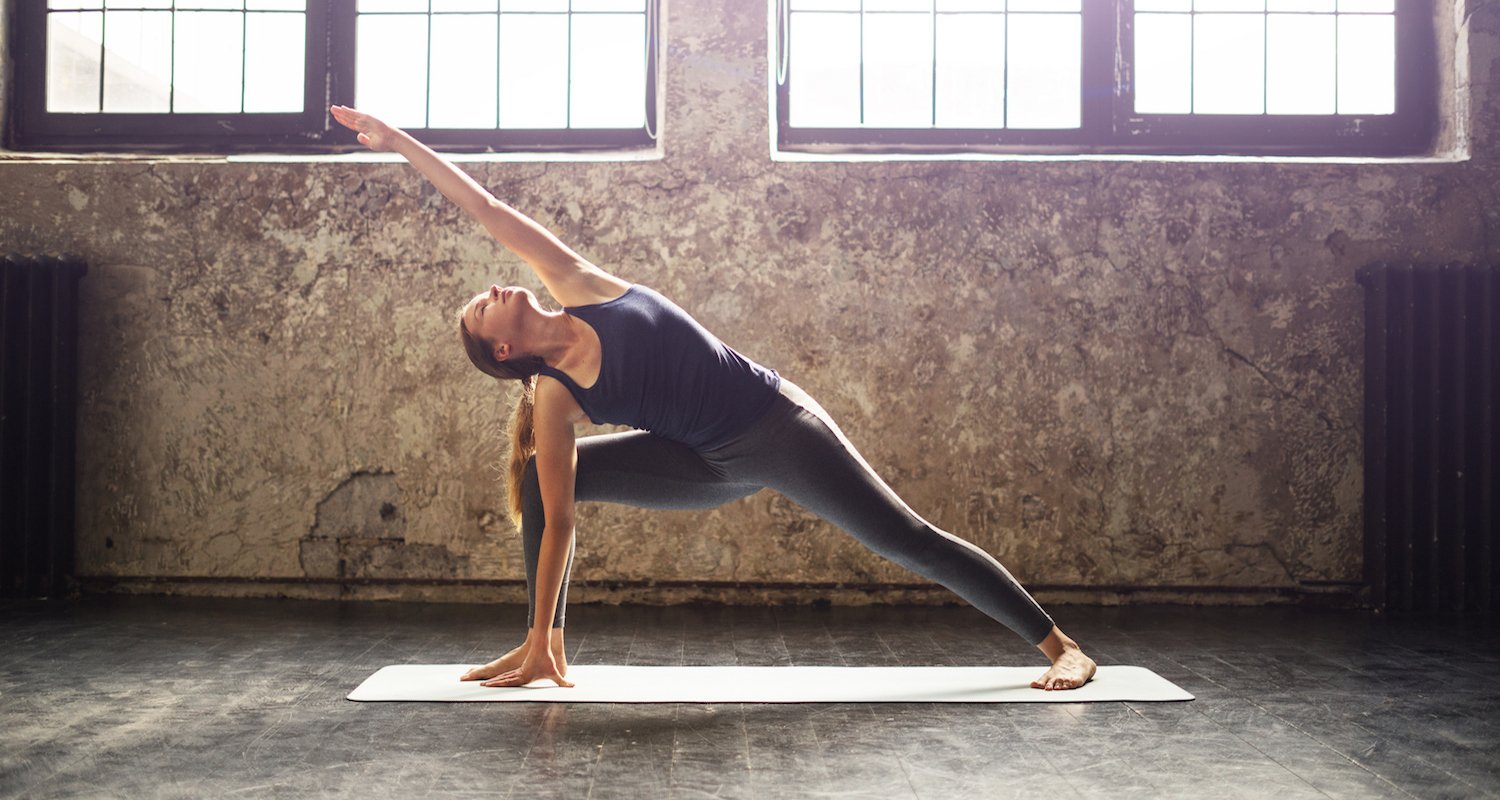 You’ve probably heard that yoga is great for a whole slew of reasons—from building a strong core to improving your mental health. But what about improving your sex life? Just think about it: Not only can yoga help you get more flexible (all the better to pretzel into those complex positions), but it can also help you feel more connected with your body and reduce overall stress and anxiety (well-known libido quashers).

So, in honour of National Yoga Month, we decided to celebrate its benefits between the sheets with a flow that focuses on giving your sex life a boost. Here, yoga instructor Tatiana Dellipiane, who recently teamed up with Dame Products, demos some yoga moves designed to help you get more in touch with your sexuality, and build muscles and movements that lead to more satisfying sex.

Dellipiane calls her practice “O Yoga,” which is a blend of yoga, tantra, bellydance, and burlesque. She notes the focus is on poses with specific “micromovements” such as “sensual hip undulations of small circles, big circles, tilts and thrusts with ‘squeezes’ that tighten and tone pelvic muscles for longer, stronger and deeper orgasms.” And beyond prepping your body for its best romp yet, this workout also “provides an incredible lower-body workout that torches calories and builds a strong core and abs,” says Dellipiane.

Before you get started, there are a few “secrets of O yoga” that Dellipiane says you should master:

Ready to give it a go? Here, four yoga-inspired moves that will give your sex life a major boost. Perform each micro-movement eight to 10 times, and each dynamic twice.

How to: For the initial pose, stand with feet just wider than hips-width apart with feet turned out 45 degrees and toes spread. Tighten your knees, pulling kneecaps up. Contract your hips and engage the muscles at the back of your thighs; activate the glutes and hamstrings with a slight squeeze at the same time. Engage your whole core by pulling your navel in toward the spine, tuck your front lower ribs in toward the spine and stand straight, elongating the spine as you open your chest up (keeping the ribs down and in). Inhale and exhale deeply through your nose doing the bliss breath to begin the movement:

How to: Come down onto your knees, sitting on your heels with knees hips-width apart. Keep shins and tops of the feet pressing into the floor.

How to: Lie on your back, knees bent, feet hip width apart. Bring your arms straight out to the sides, palms turned down to the floor. Inhale and squeeze your pelvic floor, then tilt your tailbone in towards your navel as you lift hips and spine as high as you can. Be sure you don’t go so high that you can’t see your knees.