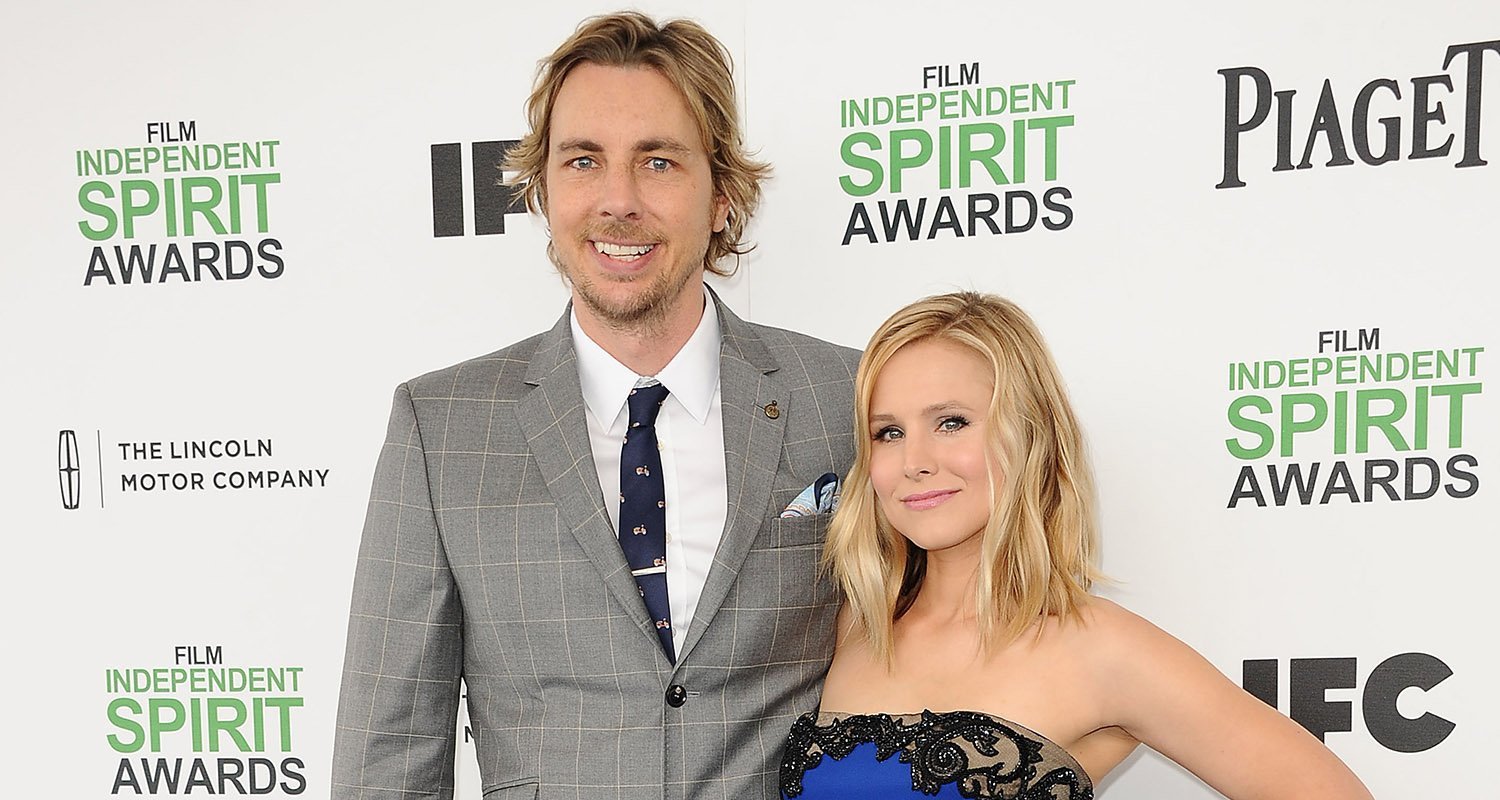 A long-lasting, authentic celebrity marriage is generally considered a unicorn in Hollywood. But Kristen Bell and Dax Shepard are one of the few celeb couples who continue to give us hope that love is not dead.

We caught up with Kristen at the launch of Naked Juice’s #DrinkGoodDoGood campaign to get her tips on what really makes love last. Turns out, the topic has been top of mind for this adorable couple. “We’ve actually had a recent conversation about this, because we’re very aware of the responsibility that we have based on our relationship being in the public eye,” Kristen says. “I’ll lead with the fact that it’s never easy… the movies White Knights and Say Anything should never have been made because they gave girls very unrealistic expectations as to the rest of their lives. That’s not how it works out. It involves a sh*t ton of compromise and a lot of work.”

So yes, they’re aware that we love them and want them to stay together forever and ever. But Kristen says that if they ever broke up, we shouldn’t treat it like the end of the world:

“It’s funny because we hear a lot of the ‘Don’t ever break up!’ But he mentioned the other night, if we ever break up, which, I don’t think we ever will, wouldn’t it be so sad to be sad about the fact that we’ve broken up?” she says. “Wouldn’t it be better to be happy about all the time that we got together? It’s so easy to be like, ‘I can’t believe that happened, I’m so sad about that,’ as opposed to going, ‘wow, we got 15 years together and that was so fun! I’m so grateful for that and now we’ve made separate decisions.’ I think the whole perspective on relationships needs to be adjusted a little bit.”

We also asked Kristen how she and Dax have managed to make their relationship not only last, but thrive thus far. Here are her top relationship tips:

One of the rules they follow as a couple is derived from a psychology study Kristen read. “I think it was a Malcolm Gladwell book, but there was a chapter on this psychologist saying whether or not he could recognise that a relationship would last,” she says. “Within an hour he could say within a 90 percent chance. If you have contempt for the other person—if you roll your eyes or you disregard something they said—your relationship will fail, you might as well get out of it now. We’ve made a commitment, a verbal commitment, and an active one, to never have contempt for each other.”

RELATED: Katy Perry Just Ranked Her Former Lovers According To Who Was Best In Bed

Because they’ve eliminated contempt from their relationship, she says compromise has become much easier. “It’s interesting because we disagree about 90 percent of the topics on planet earth. [For example,] ‘She should wear her helmet when she’s riding in the driveway’ ‘No she shouldn’t because she’s very nimble.’ I mean, it’s insane. But, he always has reasons and I always hear him out and sometimes I say, ‘I’m not comfortable with that’, and sometimes he says that to me.”

2. CHOOSE TO BE HAPPY

Kristen is also quick to say that a lot of their happiness comes down to choice. “I just want to make sure we’re being responsible in saying: I have a ton of fun in my relationship, I love it more than I could possibly articulate, but it is a ton of work,” she says. “But the other side is we choose to be this happy. You can wake up in the morning and choose to be grumpy or you can choose to be happy…Loving him is a choice.”

Just don’t expect that choice to be easy all the time. As Kristen puts it, there’s no such thing as perfection. “There are definitely times where he’s driving me up the wall and I have to be like, ‘I love you, I’m just not talking to you right now,’” she says. “There are times where we’ve gone to bed angry and we always regret it and say we should really work that out next time before we go to bed. There are times where I’ve slept in the front bedroom, [and times] where he has. But you keep your head above water when you recognise that the other person is also an autonomous human being who is trying to work around you, and that you have to try and work around them. It’s never ever, ever, ever going to be easy. But once you set that expectation, it, ironically, becomes a whole hell of a lot easier.”

4. DON’T BE AFRAID TO BE VULNERABLE

Finally, she advises approaching all relationships from a place of vulnerability.

“Vulnerability is the key to connection…Humans are so stupid. We’re so convinced that it’s being bigger and beating your chest that will make you admired, and it’s actually the opposite. I mean, who do we always want to protect and care for? Kids, because they’re vulnerable. Vulnerability always inherently gets through to someone more than anything else. So if you’re in a fight with your husband, just stop and be vulnerable. Say, ‘I’m so scared this fight is going to lead to us breaking up and I don’t want to break up with you.’ Like, say that in the middle of a fight about the garbage and sh*t is gonna change.”