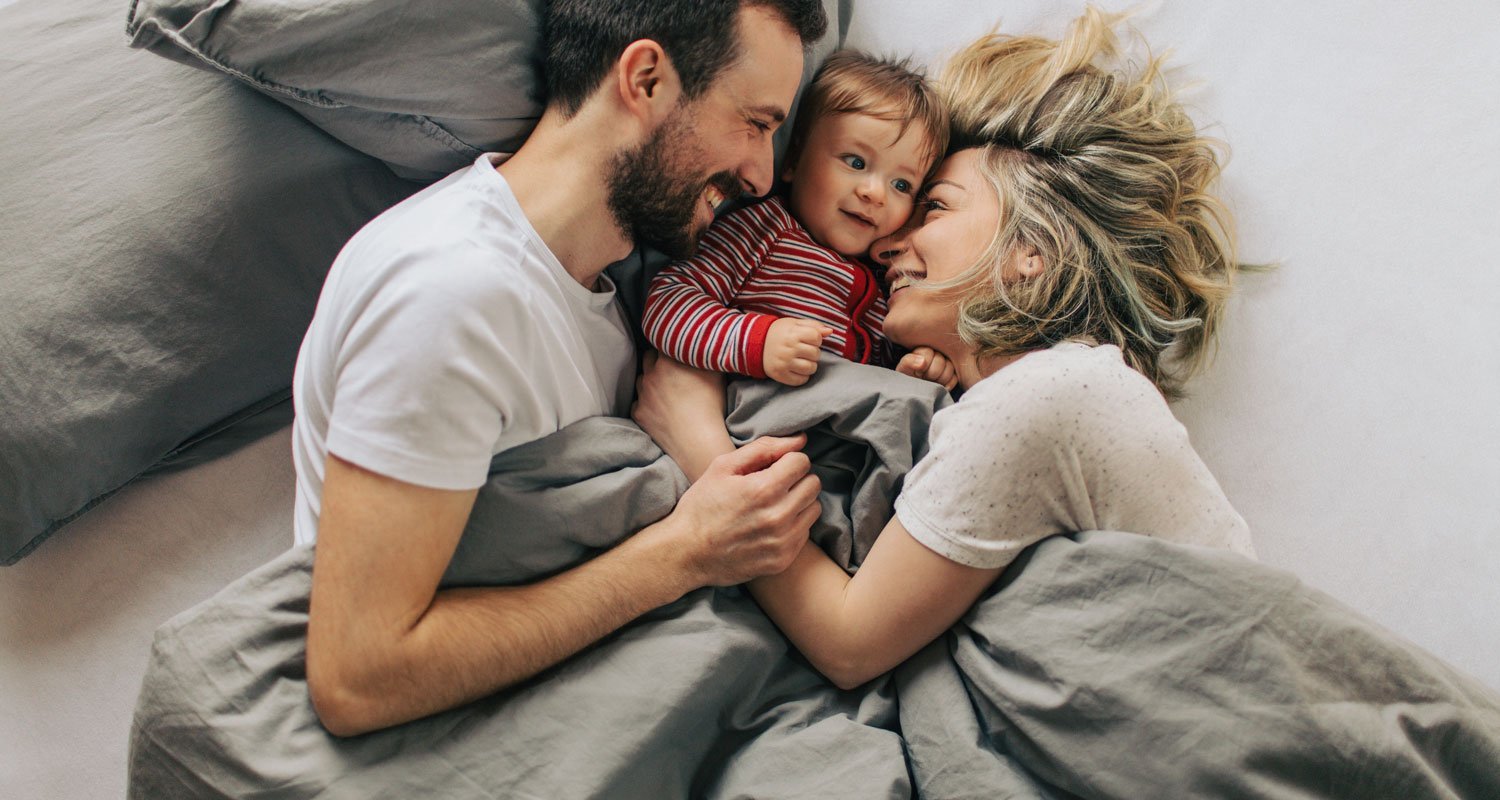 Having sex will probably be the last thing on your mind after giving birth. But when the chaos around having a baby starts to settle, you (and your partner) are going to want to start getting it on again.

One minor hiccup? You’re going to notice some pretty significant changes to your body, especially if it’s your first time giving birth. On top of that, many couples can struggle mentally and emotionally, too.

“There’s often a psychological barrier related to anxiety regarding potential pain and feeling physically different after childbirth,” says Katherine Kohari, MD, assistant professor of obstetrics, gynaecology, and reproductive sciences at Yale School of Medicine. And the longer you wait to do it, the harder it is to break that barrier down.

Although the first time you have sex after giving birth will be based on when you’re comfortable getting down, most women will be healed up by the six week mark. And if you’re feeling frisky before that line hits? “Certainly, within three to four weeks, most people are reasonably comfortable having sex,” says Mary Jane Minkin, MD, clinical professor of obstetrics, gynaecology, and reproductive sciences at the Yale University School of Medicine.

Regardless of when you decide the time is right for you and your partner, here are seven ways you can expect sex to change after you have a baby.

“If that’s happening to you, don’t panic,” says Dr. Minkin. “It’s not a bad idea to make sure things are slippery and not uncomfortable.” Try using a lubricant or a vaginal-specific long-acting moisturiser to help out during sex, the latter of which can last for a few days as opposed to the just-before-sex application of a lubricant. If you find that the over-the-counter brands like KY or Astroglide aren’t working for you, talk to your doctor about getting a prescription lubricant.

And if that’s still not working? “It’s perfectly okay to use vaginal estrogens,” says Dr. Minkin, which are used specifically to treat vaginal dryness or discomfort.

The structure of your vagina won’t be the same

To the naked eye, your vagina will look the same a few weeks after giving birth, but the internal structure and feel of it will be different. “The vagina is magic,” says Jennifer Austin Conti, MD, clinical assistant professor of obstetrics and gynecology at Stanford University. “It stretches to accommodate a human pushing through it, so of course it won’t be exactly the same afterwards.”

The external opening of your cervix, known as the os, goes from a round shape to a smile shape after giving birth, says Dr. Kohari. Plus, the supportive tissue around your vagina gets stretched during childbirth, and although it can shrink back some, it won’t regain its same pre-pregnancy shape.

That means your vagina might feel looser than it did before you had a baby. The solution? “I’m a big believer in kegel exercises,” says Dr. Minkin. If you’re not sure you’re doing the exercises right, do them at your next OB/GYN appointment while the doctor is examining you, and have him or her feel which muscles you’re using. “It’s very easy to check,” says Dr. Minkin.

If you’d rather test those muscles on your own, try stopping your stream while you pee. “The muscles you contract to stop your bladder, to stop your stream, are very similar to what you’re going to be doing when you’re doing a kegel exercise,” says Dr. Minkin.

Often due to vaginal dryness, you might experience pain the first time you have sex after pregnancy. But if you had an episiotomy (a surgical cut made to help you deliver the baby) or a vaginal tear while giving birth that required stitches, that could also affect how comfortable sex post-baby will be.

The key takeaway? “Don’t panic,” says Dr. Minkin. “Just about everything’s normal.” But if you use lube or estrogen and are still experiencing pain, make sure you check in with your doctor. Especially if you had stitches placed after giving birth, you’ll want to make sure the area is still healing in a healthy way.

Your new job title of “mother” brings with it a lot of good—but it can also interfere with how you view yourself as a sexual being. “The issue is that there’s the real world and the fantasy world,” says sex therapist Cynthia Pizzulli, PhD. “In the fantasy world, you pop out a kid and all of a sudden you’ve got your mojo and you’re back in the swing of intimacy. And that’s assuming you weren’t lacking intimacy at 7 or 8 months pregnant.”

You’ll usually experience a lack of sexual intimacy as your pregnancy progresses, which could translate over to your post-baby sex life, too. After you give birth, your priorities change, which means getting it on might not be at the top of your list.

Your first step: Realize that it’s completely okay to lack sexual desire at this stage. But, Pizzulli notes, it’s not so much about desire as it is about your willingness to rebuild that intimacy with your partner. “You have to be interested and willing to put yourself there,” she says.

Of course, if you’re in pain and just not feeling it, forcing yourself to have sex won’t be the solution. But if you have a genuine motivation to rebuild that romance, it’s important to note that you’ll have to put in some extra effort, even if the baby might interrupt with random crying.

You will probably have to schedule sex

As a new mum, when you’re given the opportunity for sex or sleep, you’re nine times out of 10 going to choose the latter. “Both partners can be very tired, and you’ve got this kid on top of it,” says Dr. Minkin. Lack of sleep will probably be the most common problem that interferes with your sex life, she says.

That means sex is rarely going to be something that happens spontaneously. “You have to understand you have to schedule sexual intimacy,” says Pizzulli. Communicate with your partner about how often and what times are realistic for you as a couple, and schedule it in like you would anything else. Although it might not sound sexy, it does help make sure that you’re getting in that much-needed alone time with your partner.

You might need to get creative about where you have sex

It’s common for women to struggle with body image issues after giving birth, which can dip into how you view yourself during sex. After all, your body did just give birth to another human being, which means it’s bound to look a little different.

But oftentimes, if you’re feeling insecure after giving birth, it’s usually from thoughts you had prior to pregnancy that pop up again. “That’s really one of the reasons I recommend therapy for women having a negative sexual image of the changing body after pregnancy,” says Pizzulli. “It’s really more deep-seated, and it comes from things that have happened prior.”

One way to prevent those negative body image issues post-pregnancy is to remain healthy during your pregnancy by maintaining a healthy diet and finding an exercise routine that works for you.

On the flip side, you might even find you feel more confident and sexual after giving birth. “Some women appreciate what their body was able to do in creating life,” says Pizzulli. “They can have pleasure and be able to bring a baby into the world.”

Regardless of how you’re feeling about sex after pregnancy, don’t get hung up on the time it takes you to get back in your groove. “Life is different in every way imaginable, including sex and your relationship,” says Dr. Conti. “Be patient and loving with each other, and remember that there is no ‘normal.’”