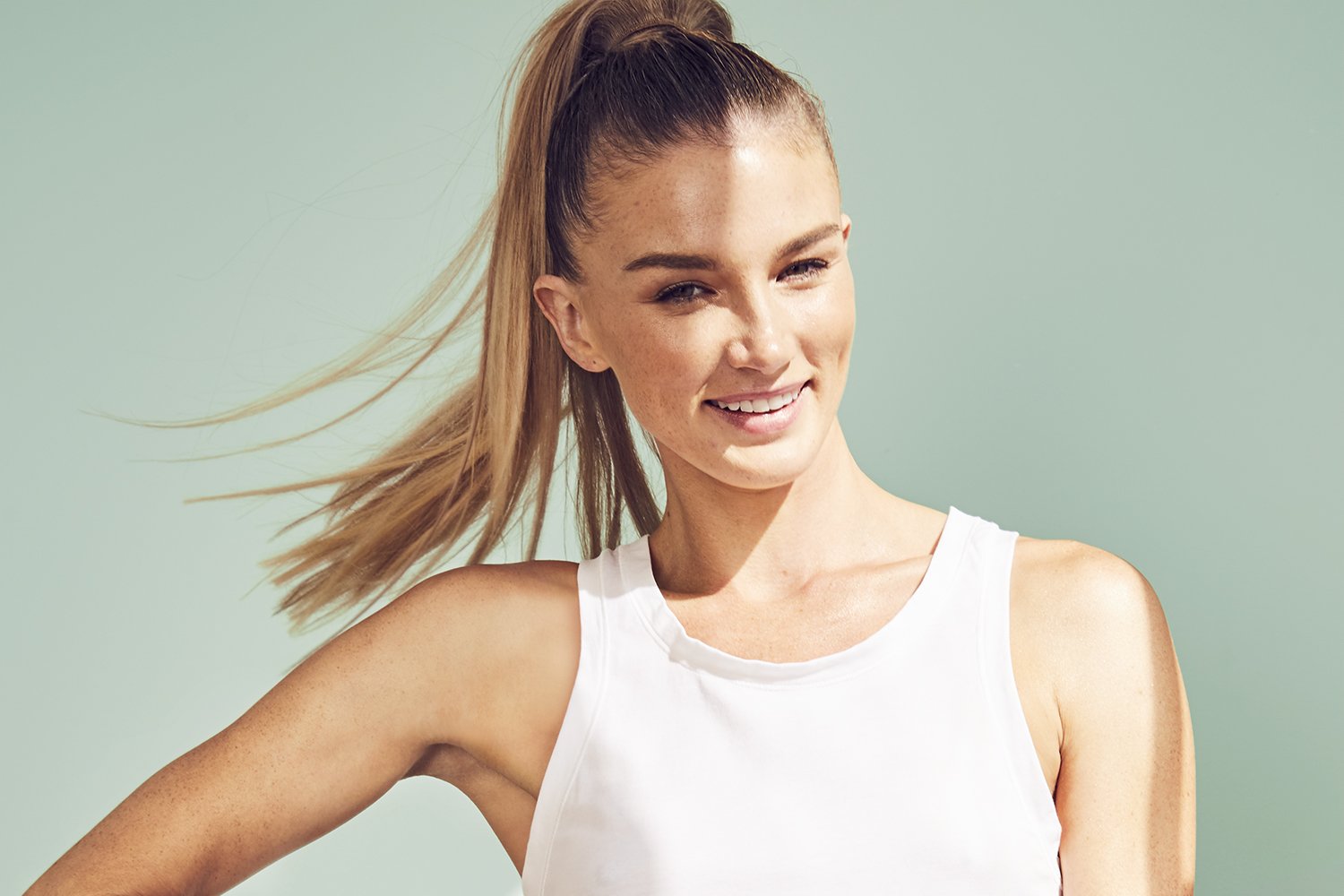 Sometimes, the best kind of fitspo comes right from the sports stars themselves. Here are our faves from this year’s Women’s Health Fitfluential list.

When life gives you a Monday Dip it in glitter and sparkle all day ✨ Almost 2 weeks till Sydney 7’s! Who’s coming? ?? Video by @samcaslick

Not only is she one of the best rugby 7s players in the world, representing Australia in the Commonwealth Games and in the gold medal-winning team at Rio, Charlotte’s a well-loved role model. “I really do think that rugby is a great sport for young girls to follow. It shows we can be strong, fast and tackle just as good as anyone,” she says. She’s even challenged stereotypes of toughness, saying that just because she fake tans and wears ribbons in her hair, she’s no less a force on the field. We reckon her 99.8K Insta followers definitely wouldn’t argue with that!

Life has its ups and downs and so do leg raises. Fun fact.. @_promovement @aussiegrit @redbullau ???

Born of sporting royalty, this Noosa-based beach babe was always destined for athletic success. At just 12, Jordan received an offer from the Australian Institute of Sport to train in gymnastics (her mum’s discipline) but ultimately ended up following in her father’s footsteps to become an Ironwoman and surf lifesaver. One of the most competitive athletes in the series, Jordan has a long list of achievements to her name: six times Molokai 2 Oahu champion, 10 times ISA World Championship gold-medal winner, Surf Ironwoman Series champ… and it’s a list we’re sure will keep growing. Total legend!

Happy birthday Rox! Love love love you ❤️ thanks for always supporting me. ?

The Matildas striker was named 2018 Young Australian of the Year as well as the Women’s Health Sportswoman of the Year for her achievements on and off the field, including being one of the best football players in the world and advocating for women’s sport. Her signature goal celebration, the back flip, shows off her athletic prowess and that fun-loving personality. The 24-year-old’s next challenge? She was part of the biggest trade deal in the history of the US National Women’s Soccer League in January, and has just started playing for the Chicago Red Stars. Go Sam!

The hardest of alarm clocks often lead to the most beautiful memories and locations! On shoot with @andylloyd and listening to the famous words of “one more time” But i do love what we create!

This incredible ultramarathon runner wowed us all after clinching eight first-place finishes in 2017, an incredible record for someone who’s only 21 years old. But running long distances is in this Aussie’s blood: she competed in her first 100km race at the age of 16 alongside her father. Since then, the Salomon and Suunto ambassador has been conquering the racing world and inspiring thousands of young women. Fun fact: Lucy ran over 5000km in 365 days last year. This year’s challenge? The Western States 100-Mile Endurance Run in the US. “It will be my first 100-mile distance and first time in the States,” she says. “I can’t wait!”

I think I’ve probably posted this photo 10 times – but it is still my favourite to date! I can’t wait to be back out there ? #trackandfield #love #highsocks

This high jumper and ambassador for the Charlie Teo Foundation for brain cancer research is determined not to let setbacks define her. Earlier this year, a knee injury forced the 25-year-old to pull out of contention to represent Australia in the Commonwealth Games, while six years ago before the London 2012 Olympics, it was a brain tumour. “I thought I might never be able to jump again,” Amy says of having the tumour removed. “Ever since, I’ve wanted to help in any way I can to raise awareness around the cause. Brain cancer is the highest cancer killer of people under the age of 40, but it doesn’t have the same awareness as other cancers.” Amy’s long road to recovery took “a lot of tears and fights with my mum, who’s also my coach”, but it resulted in her jumping a PB. “These setbacks make you stronger in the long run. The goal now is to make the 2020 Olympics,” she says. “I just want to be able to inspire people to show them you can hit rock bottom but still [go on to] make your dreams a reality.”