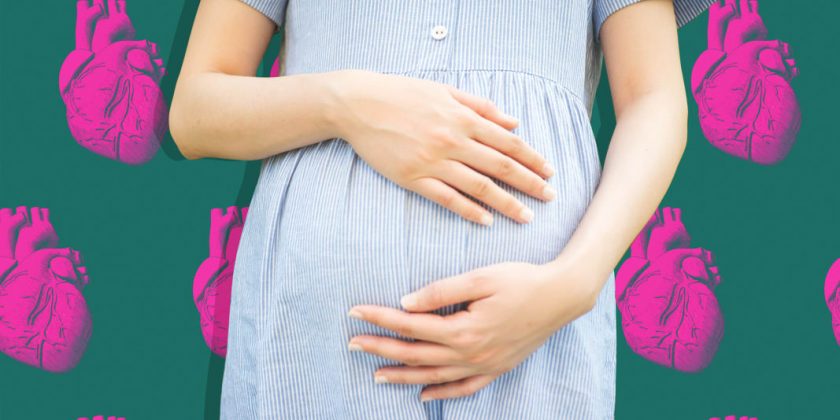 When a person gets pregnant, they likely expect the usual bloating, aches and general discomfort for several months. But when Eliz Greene was seven months pregnant with twins, she wasn’t expecting to have a heart attack.

Greene was 35 at the time and at the hospital on bed rest because of being in preterm labor, she tells SheKnows.

“Because I was on bed rest and was laying down all the time, including when I ate, I had heartburn all the time,” she explains. But when a burning pain her chest started and got intense very quickly, resulting in her vomiting, she knew something was wrong.

Fortunately, she was already in the hospital, so she called the nurse and immediately got the attention she needed. Even so, Greene’s heart stopped beating, and she was unconscious for 10 minutes before her medical team was able to restart her heart using a defibrillator. Ultimately, she ended up having triple-bypass surgery and a caesarean section to delivery her twin daughters on the same day.

The twins were born seven weeks early, but now, they’re almost 18 years old and healthy, she notes. Since her heart attack, in addition to being a mother, Greene has focused on two areas: not having a second heart attack and educating other people on cardiovascular health.

“Early on, there was a lot of uncertainty in my health,” Greene explains. “What happened to me is rare but not unheard of, but there wasn’t a lot out there on what my future would look like. I came out knowing I had this second chance to be a family, be part of parenting my girls and watching them grow, so I’ve been really dedicated that I can control for having a second heart attack.”

In the nearly 18 years since her heart attack, Greene thinks we’ve come a long way toward understanding the risk of heart disease, especially in women.

To help accomplish this, Greene has teamed up with the Take Cholesterol to Heart initiative, which encourages people to learn more about a heart-healthy lifestyle.

“One of the things I find so valuable about this campaign is giving people both the motivation to really have a candid conversation with their doctors and the tools to help them do it,” she says.

As far as advice for other women, Greene says it’s never too early to start thinking about your cardiovascular health. “Knowing what your numbers are and whether they fall in the normal range is really important in keeping track over time,” she adds.