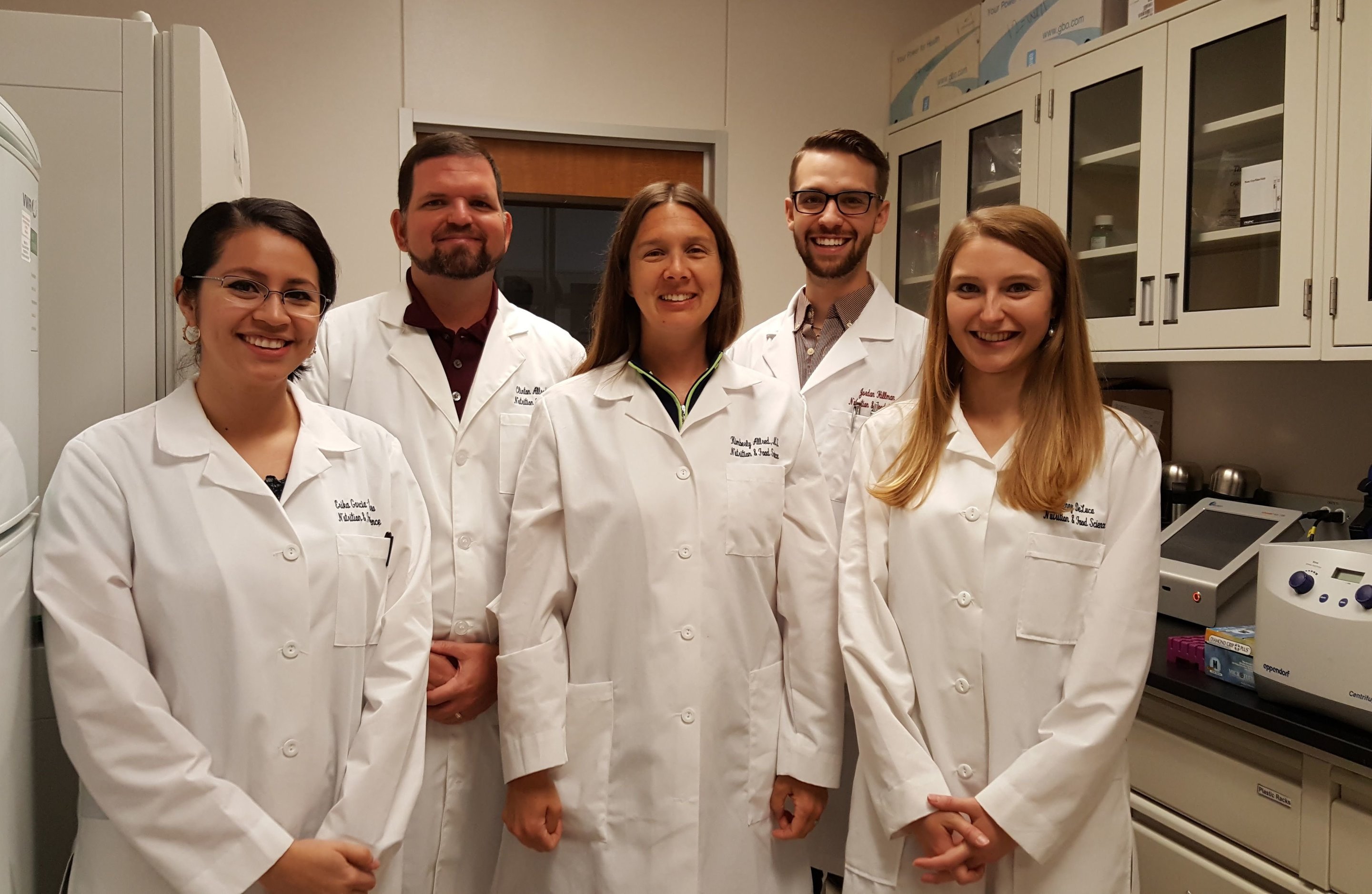 A recent study in a preclinical model of inflammatory bowel disease shows dietary exposure to bisphenol-A, or BPA, found in polycarbonate plastics and epoxy resins, can increase mortality and worsen its symptoms.

“This is the first study to show that BPA can negatively impact gut microbial amino acid metabolism in a way that has been associated with irritable bowel disease,” said Jennifer DeLuca, a graduate student in the nutrition and food science department and first author for the study.

Irritable bowel disease, or IBD, is a complex collection of diseases that include ulcerative colitis and Crohn’s disease. There is chronic inflammation of the digestive tract, and symptoms related to IBD can include severe diarrhea, abdominal pain, fatigue and weight loss. More serious instances can require lifelong treatment or possibly surgery.

“While the causes of IBD have not yet been determined, environmental exposures such as diet, smoking, infections, altered gut microbiome and toxins or pollutants are risk-factors for development and relapse,” Allred said. “In this study, we wanted to focus on what effect BPA may have on IBD.”

BPA is found in polycarbonate plastics often used in making containers to store food and beverages, such as water bottles. It is also found in epoxy resins used to coat the inside of metal products, such as food cans, bottle tops and water supply lines. In addition, some dental sealants and composites contain BPA.

Allred said research has previously shown BPA can seep into food or beverages from containers made with it and may have possible health effects on the behavior, the brain and prostate glands of fetuses, infants and children.

“The number of new cases of IBD are increasing, especially in nations that become more industrialized,” he said. “While the causes of IBD have not yet been determined, several risk factors for developing it or worsening symptoms have been suggested. One such risk factor, the hormone estrogen, has been linked with an increased risk of IBD—and BPA can act as an estrogen. Furthermore, BPA has been previously shown to alter gut microbes similarly to the way the gut microbiota is altered in IBD patients.”

“Because humans are frequently exposed to BPA through consumption of canned foods and the use of polycarbonate plastic containers, it’s important to find out just what effects BPA exposure may have on IBD,” he said. “To this end, we investigated the effects of BPA exposure in a pre-clinical model using mice with IBD.”

In collaboration with the laboratory group of Dr. Arul Jayaraman from the chemical engineering department at Texas A&M, the researchers investigated the ability of BPA to exacerbate colonic inflammation and alter microbiota metabolites derived from aromatic amino acids in an acute dextran sulfate sodium-induced colitis model.

“We assessed body weight and fecal consistency in addition to inflammation, injury and nodularity of the colon,” he explained. “We also analyzed changes in microbiota metabolite levels derived from aromatic amino acids reflecting changes in the gut microbiome.”

Exposure to BPA also increased the levels of several compounds that drive inflammation in the colon, Allred said.

“Scat from animals exposed to BPA had reduced levels of compounds produced by gut bacteria from the breakdown of protein, including tryptophan and 5-hydroxy indole 3-acetic acid,” he said. “These compounds are related to serotonin production and breakdown, and their reduction has been linked with IBD.”