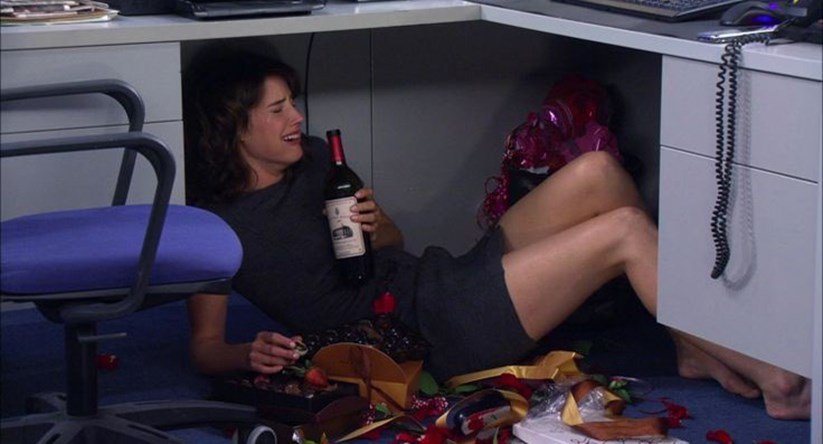 We all enjoy a night out with our girlfriends. But while you’re knocking back shots, you should probably keep in mind that just one night of heavy drinking per month can add up — literally. We did the math, and binge drinking just one night a month for five years can pack more than 4.5 kilograms onto your waistline. Sorry to be a bummer!

To get an idea of how many calories just one night of binge drinking will cost you, we used the NIAAA’s alcohol calorie calculator, which provides average calorie counts for an assortment of alcoholic beverages.

According to the National Institute on Alcohol Abuse and Alcoholism (NIAAA), binge drinking is defined as “a pattern of drinking that brings blood alcohol concentration (BAC) levels to 0.08 g/dL.” For guys, this typically means drinking five or more drinks in the span of about two hours.

While the calculator has numbers for pretty much every beverage from Cosmopolitans to sherry (does anyone actually still drink sherry?), we used it to calculate the amount of calories in five beers, as well as the amount of calories in five hard-liquor shots. (Note: counting calories isn’t always a reliable gauge of how much weight you lose/gain, so take these numbers with a grain of salt.)

First, the beers. One 350-millilitre serving of beer, on average, contains 153 calories. Five beers will set you back 765 calories. Or wine – 125 calories per glass.

Secondly, the shots. One 30 millilitre shots of gin, rum, vodka, whiskey and/or tequila averages out to be 97 calories per shot, and five shots will do 485 calories worth of damage. Both scenarios offer enough empty calories to account for an additional meal, without any sort of nutritional value. So cheers to that!

Still, that might seem like a small price to pay for a bit of weekend fun. “As long as I’m not drinking every weekend,” you might think, “I’m relatively safe.” Well, we hate to break it to you, but your gut might feel otherwise, especially over an extended period of time.

Over the span of five years, binge-drinking beer just once a month will add up to 45,900 calories, or 6 kilograms of added weight. Binge-drinking shots? 29,100 calories, or 4 kilograms. And this is all assuming that you can limit your booze intake to once a month in the first place: CDC data shows that the average binge drinker does so about four times per month. So quadruple the numbers above for what the national average really looks like.

To be clear, unwanted weight gain isn’t the only downside of occasional heavy drinking. Research shows men who binge drink once a month are 70 percent more likely to develop hypertension, or high blood pressure. Additionally, just one night of binge drinking can weaken your immune system, making it much easier for you to get sick — and no, we’re not just talking about hangovers.

While we all enjoy a night out every once in a while, there’s a fine line between the occasional indulgence and going overboard.

This article originally appeared on Men’s Health US