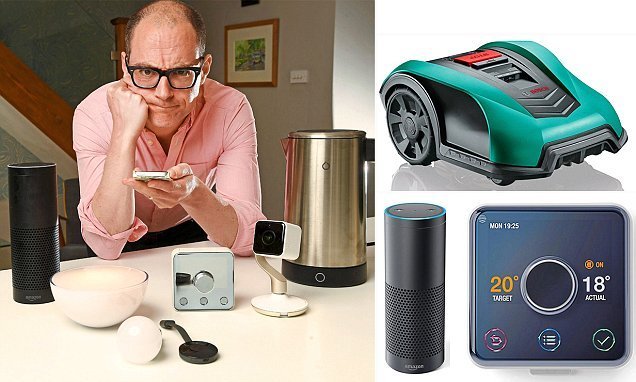 Smart home – or just a really dumb idea? ‘Connected’ home gadgets have been hailed as the future… if you can get them to work

You know the robots have taken over when they start not just bossing you around, but being rude, too.

All I had done was ask my Amazon Echo – a speaker on the kitchen worktop that connects to a supposedly intelligent ‘virtual assistant’ called Alexa – to turn on the lights.

I was greeted with: ‘I hate to state the obvious, but the light is already on. I guess my job is done.’ 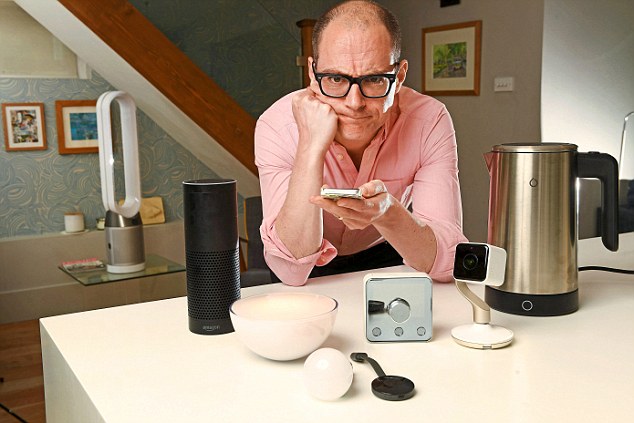 The idea is that every major appliance in the house can be connected to the internet and, in turn to your smartphone. This transforms your phone into a remote, even when you are out

With that, she stopped flashing and fell silent. Well, no, I hate to state the obvious, Alexa, but I am sitting in the dark. Your job is not done.

Smart homes have been hailed as the future. All the large electronics retailers have reported a boom in sales of ‘smart’ gadgets – particularly the smart speakers, such as the Echo and Google’s version, the Google Home. Argos says sales of these gizmos have increased by 300 per cent in the past year.

The idea is that every major appliance in the house – from your fridge to your lawnmower – can be connected to the internet and, in turn to your smartphone. This transforms your phone into a remote, even when you are out.

Turn the washing on while you are walking the dog; get the kettle boiling before you walk through the door; use a toothbrush which will tell you if you failed to clean your upper molars… there is hardly a device that cannot be rendered ‘smart’.

But will they make my life any easier? 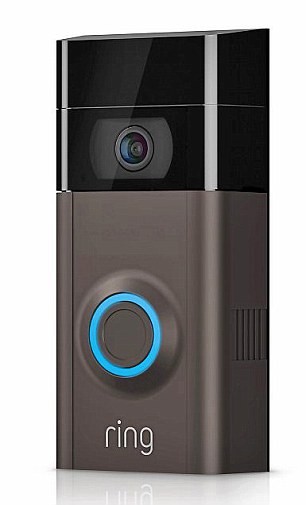 The idea is that every major appliance in the house – from your fridge to your lawnmower – can be connected to the internet and, in turn to your smartphone. This transforms your phone into a remote, even when you are out

HOW DID WE EVER LIVE WITHOUT THEM…

Katrina Mills, connected home buyer at John Lewis, says the one area that is really booming is home monitoring – a category that includes smart doorbells and security cameras that allow homeowners to check in on their home, or pet, from their phone.

‘Everybody can live without it,’ she says. ‘But once you understand the peace of mind that it can give you, then suddenly people go, “Why didn’t I have this before?” ’

So, on her recommendation, the first kit I installed was a Ring doorbell: a video doorbell that allows you to answer the door anywhere using your phone. I seem to spend an inordinate amount of my time traipsing to the post office depot to pick up Amazon parcels. So I was excited by being able to chat to the courier via a video link and tell them to leave the parcel in a secret place.

Installing it, however, took about three hours. And that’s not because I am incompetent with a power drill and rawlplugs. I soon discovered that – as with the majority of smart gadgets – I needed a really strong wi-fi signal in my house for it to function properly, or at all.

I thought my BT wi-fi was OK. My four children, with all their endless iPads, games consoles and phones, only occasionally grumble about the signal. But the Ring doorbell was so glitchy I had to rush out to Argos to buy an expensive Google wi-fi booster, costing £229, before it would work. 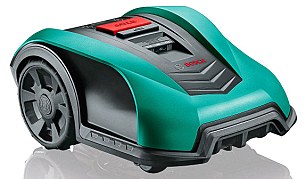 The Bosch lawnmower was joyously clever

DO I REALLY NEED A FRIDGE THAT TAKES SELFIES?

In fact, three hours was not an unusual amount of time to set up some of the gadgets – even one as simple as the £100 iKettle. I presumed I’d just plug it in, install an app and press go, but it was a convoluted process. Once it’s set up, you can programme it so it starts boiling when you are, say, 50 yards from the house, meaning you can enjoy a cuppa the moment you walk through the door. My children are highly amused by the fact that the kettle has now become an early-warning system for my return home.

Other ‘smart’ kitchen appliances, however, appear to have little purpose to their ‘smartness’. A washing machine that I can control from my phone while stuck on the bus is pretty pointless if I have failed to remember to load my darks before I left home.

There is a £924 Bosch fridge that sells itself as ‘the first fridge that takes a selfie’, which sounds terrifying (it took me 45 minutes on the phone to their technical call centre before I managed to make it work). A friend, around for supper, joked that she’d better apply lipstick before getting the salad out. No, it doesn’t work like that. The fridge takes a picture of its contents every time you close the door and then sends that picture to the app on your phone. The idea is that, while in the supermarket, you can check to see if you have run out of essentials such as milk.

The problem is that the cameras are not very good quality. Is that a pack of ham or some cheddar slices on the second shelf? It’s hard to tell.

ALEXA just didn’t get on with my electric blanket

ALEXA just didn’t get on with my electric blanket

The Bosch lawnmower, however, was joyously clever. Yes, it took all of a Sunday afternoon to set up, and it’s aimed at large, flat American suburban lawns rather than my small patch of North London dandelion-infested grass. But watching the robot cut my grass while I was in the kitchen having a glass of wine – this is the future!

And for the time-pressed, or some might say lazy, among us, some smart gadgets can be activated even faster than just by the touch of a button – with voice recognition.

Deep breath. For this, I needed to connect my kit to either an Amazon Echo, Google Home or Apple Homepod – smart speakers of varying degrees of cleverness.

Instead of getting out your phone, you can control all your gadgets by speaking to one of these ‘hubs’.

The ability to say ‘Alexa, play Radio 4’ as you walk into the kitchen carrying all your shopping, or ‘Alexa, what is the England cricket score?’, rather than going over to the radio and fiddling with the station dial, is remarkably useful.

However, getting her to connect to other smart devices is far more complicated. I was sometimes able to get her to turn on the lights, but often not. And trying to get her to connect to the Amazon smart plug that powered my Silentnight electric blanket was just a step too far, it seemed, despite the promises made by the manufacturer.

Voice-controlled technology may well be the future, but it needs a lot more work before you can ‘speak’ to a gadget and actually get it to comply. In time, some of the devices will undoubtedly become as ubiquitous as the washing machine, a labour-saving appliance that transformed people’s lives when they were first introduced in the 1950s.

The Hive thermostat, which allows me to turn on the hot water when I am heading home, is a definite improvement on my clunky old thermostat. Others, I fear, will go the way of the Teasmade – something that sounded like a great idea, until you realised all it ever did was shift the hassle of making a cup of tea from when you got up in the morning to the night before.