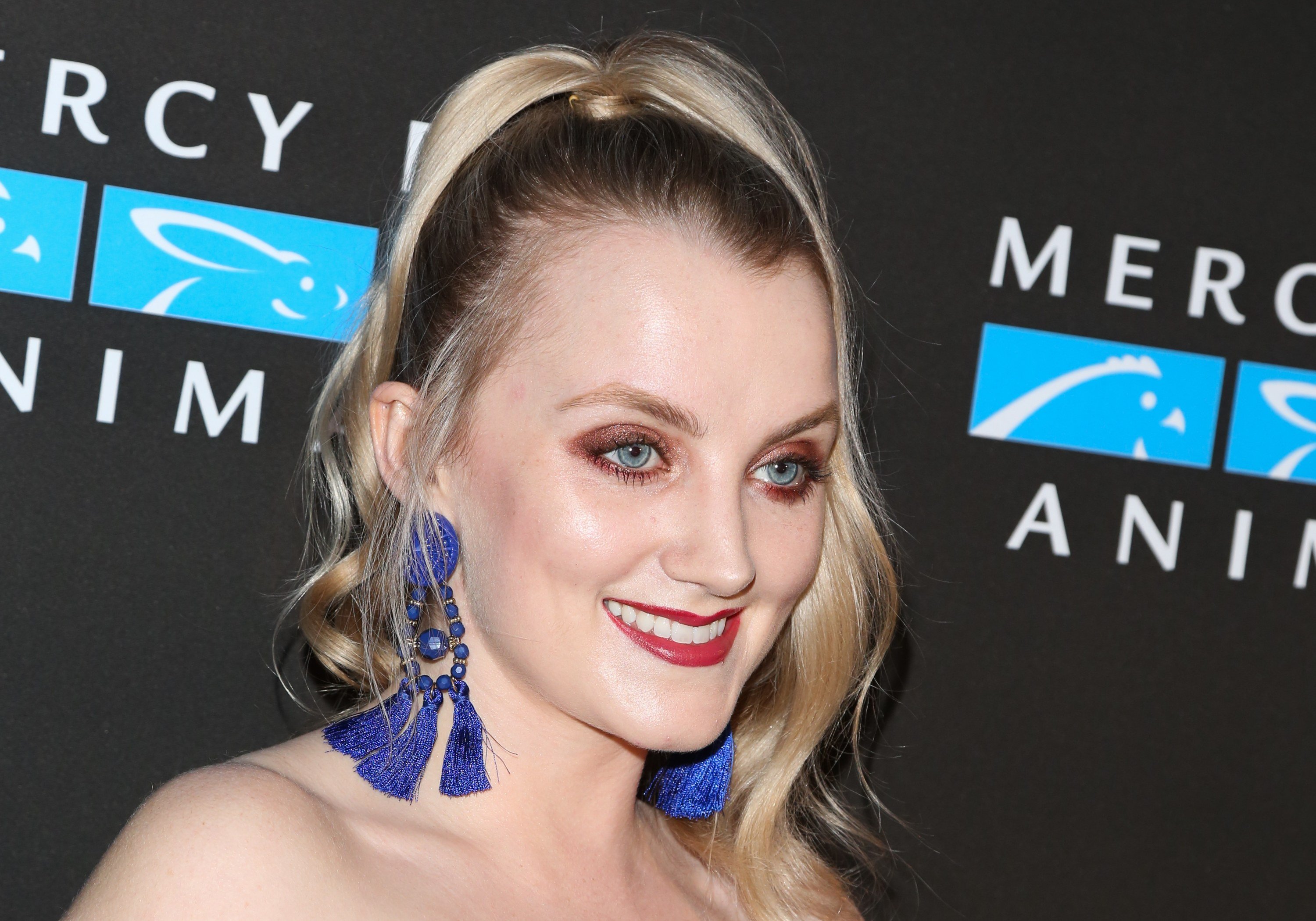 One of the most loved Harry Potter characters out there is Luna Lovegood, and Evanna Lynch, the actress who played her for the hit movies is apparently as lovable as the role she was given. Lynch is passionate about animal rights and frequently attends events to advocate against animal cruelty. She's also a vegan and even has a podcast called The Chickpeeps, which "explore[s], discuss[es] and unpick[s] the dilemmas faced by vegans in our quest to be more compassionate towards animals." That's why it makes total sense that, according to Popsugar, Lynch recently announced that she's about to embark on a whole new adventure — creating a cruelty-free beauty box.

Lynch made the announcement on her Instagram stories with a very cute video featuring her cat, Puff. She wrote in text on the first of a series of videos, "Launching a cruelty-free beauty box later in the year and would love your input!!" The video includes a link to a survey that allows fans to tell her what they'd like in a beauty box from her.

She continued on, saying, "Basically, as most of you know by now, I am very passionate about animals and I also love makeup, and I do not believe that the two should intersect. I don't think that you should need to use animals for makeup. However, that is the way the industry is at the moment so that is something we're trying to change."

While there aren't many concrete details about Lynch's beauty box yet, that's because she's truly looking for input from fans about what they'd like in a vegan and cruelty-free beauty box. She says there will be more announcements coming later in the summer once people have had a chance to respond to her survey, so keep an eye out for that by following her on Instagram.