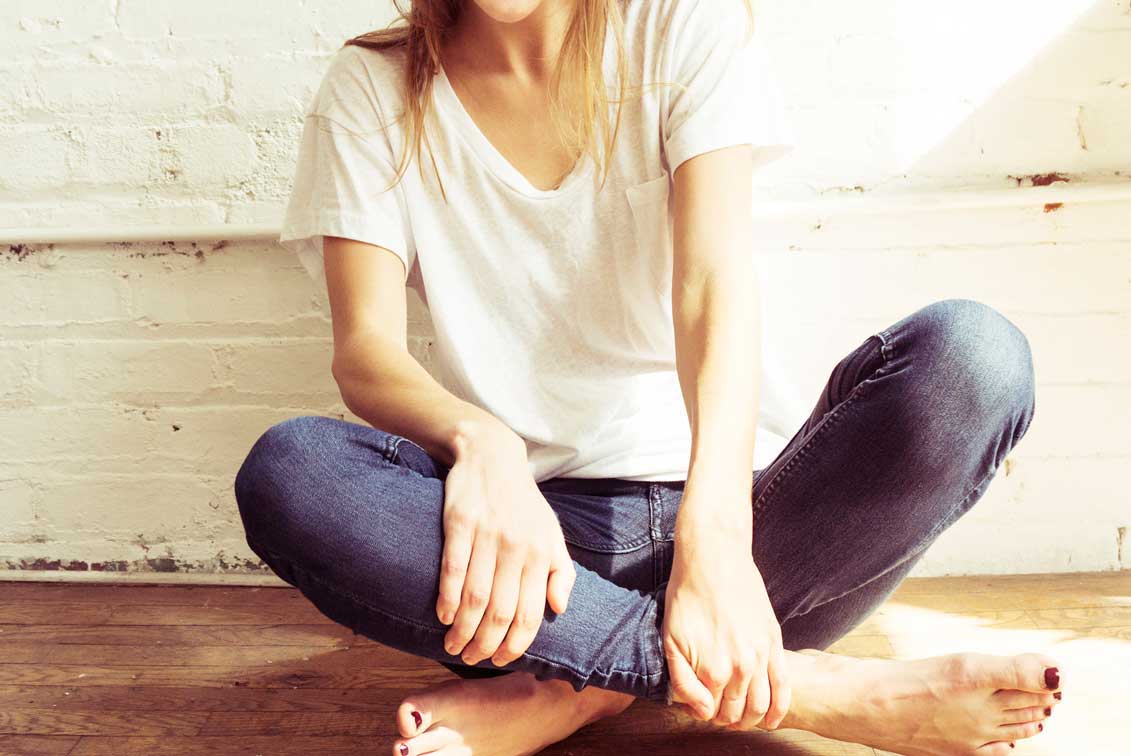 Despairing mum Leanne Murray says her heavy periods got so bad she wanted to throw her three children down the stairs!

“It’s terrible to admit but that’s how enraged I was,” the Sydney mum-of-three tells Sarah Harris in the first interview in our Wear White Again campaign, a candid new series highlighting the amazing benefits of endometrial ablation.

The minimally invasive five-minute procedure removes the lining of the uterus, giving 90% of recipients much-needed relief from an often-crippling condition.

“I was possessed; always tired and cranky,” confesses Leanne, who is telling her inspiring story to show others they no longer need to suffer in silence.

“Our life revolved around the moods I was having because of my periods – I thought I was going crazy.”

When her doctor finally diagnosed what was wrong – the medical term is menorrhagia – Leanne tells Sarah it was like a huge weight had been lifted.

After a follow-up consultation with her gynaecologist, Leanne was also relieved to discover how quick and easy the procedure turned out to be.

“It was surprisingly simple. It didn’t hurt at all. I had day surgery and I was home by the end of the day, then only needed a couple of days’ recovery.”

Today, her periods are down to spotting, at their worst, and Leanne has her life back at last.

“I’m happy, and so is everyone else….it’s made a massive difference.

“My first role back in the work-force was as a swim teacher. I would not have been able to do that if I still had the same issues with my period.”

The endometrial ablation procedure is ONLY suitable for women who don’t want any more children. It is very important to prevent pregnancy after an ablation (you can still fall pregnant) because the pregnancy would be very high risk.