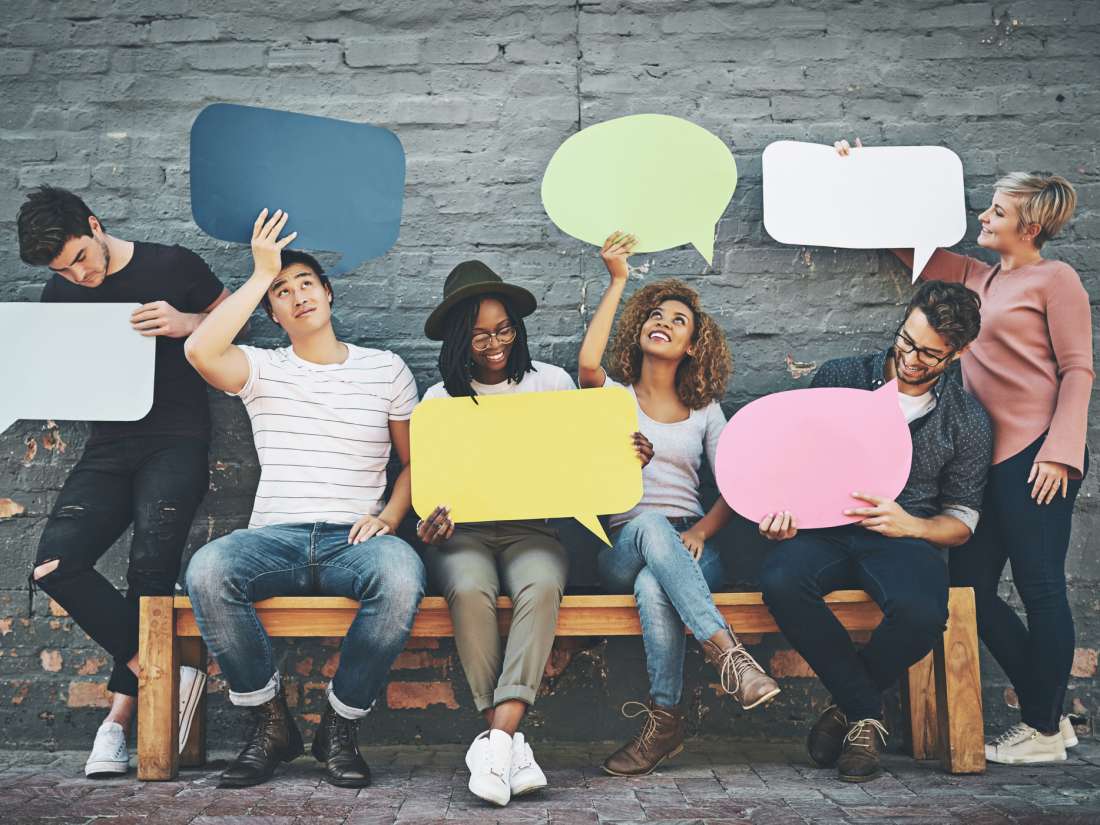 A few years ago, Prof. Matthias Mehl — at the University of Arizona in Tucson — and team conducted a study.

That study asked whether we should strive to have deeper, more meaningful conversations with others to improve our own well-being.

At that point, their findings appeared to suggest not only that substantive conversations make us happier, but also that indulging in too much small talk could damage our well-being.

“[H]igher well-being,” the authors wrote, “was associated with having less small talk, […] and more substantive conversation.” They add that the participants who reported being the happiest spent little time on superficial chit-chats, preferring to engage in more meaningful exchanges.

Recently, however, Prof. Mehl and a team of researchers decided to test those results in a larger and more diverse population sample, using more rigorous data analysis methods. And, to their surprise, only part of the initial findings held strong.

Moreover, “With this study, we wanted to find out whether it is primarily the quantity or the quality of our social encounters that matter for one’s well-being,” explains study co-author Anne Milek.

The researchers’ new findings have been published in the journal Psychological Science.

In the new study, the researchers collected data from 486 participants — a much larger population sample compared with the 79 participants involved in the previous study.

These participants belonged to four different kinds of categories: college students, breast cancer survivors and their partners, healthy adults in a meditation group, and adults who had recently gone through a divorce.

Information regarding the type and frequency of conversations was collected using Electronically Activated Recording devices, which are programmed to turn on intermittently throughout the day, recording random bits of conversation.

The researchers categorized the interactions thus recorded as either “small talk” or “substantial conversations.”

“We define small talk as a conversation where the two conversation partners walk away still knowing equally as much — or little — about each other and nothing else,” says Prof. Mehl.

“In substantive conversation, there is real, meaningful information exchanged,” he notes, adding that “it could be about any topic — politics, relationships, the weather — it just needs to be at a more than trivial level of depth.”

To determine the volunteers’ state of well-being, the scientists asked them to fill in questionnaires that evaluated their life satisfaction, as well as their personality types.

As before, they found that participants who had more substantive conversations with others reported a greater degree of happiness, overall. This was true both for extroverts and for introverts.

“We expected that personality might make a difference, for example that extroverts might benefit more from social interactions than introverts or that substantive conversations might be more closely linked to well-being for introverts than for extroverts,” says Milek.

She adds that they “were very surprised that this does not seem to be the case.”

The researchers were also able to confirm that the more conversations someone tended to have — that is, the more they were exposed to social interactions — the better they seemed to fare, and vice versa.

“We replicated that people who spend a lot of time alone,” says Prof. Mehl, “are less satisfied with their lives and have lower well-being.”

“People who spend more time interacting and have more meaningful, substantive conversations are more satisfied. The happy life is social, rather than solitary, and meaningfully so,” he adds.

As for small talk, the new study revealed that it appeared to make no difference to a person’s level of happiness. Therefore, people who tended to engage in small talk are no less happy than those who favored more substantive communication.

Still, Prof. Mehl now believes that small talk does have its place, and it is important in leading up to meaningful conversation.

“I think of it like this: in every pill, there’s an inactive ingredient, […] you cannot have the pill without the inactive ingredient. We all understand that small talk is a necessary component to our social lives. You cannot usually walk up to a stranger and jump right into a deep, existential conversation because of social norms.”

However, although the study concludes that more substantive conversations are associated with a heightened sense of well-being, it remains unclear whether meaningful interactions make people happier, or whether happy people find it easier to engage in such conversations.

Future research, says Prof. Mehl, should aim to address this question in detail. In the meantime, he urges people not to shy away from taking their conversations further and probing deeper.

“I would like to experimentally ‘prescribe’ people a few more substantive conversations, and see whether that does something to their happiness,” says Prof. Mehl.