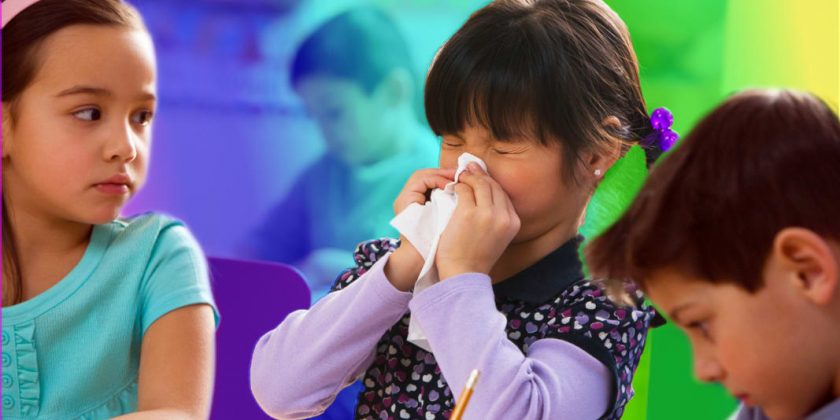 Each year when cold season rolls around, there always seems to be someone who comes out the other side unscathed. Despite everyone else in the office sniffling, coughing up a lung and having to miss a few days because of a cold, this person just doesn’t get sick. What is their secret? Turns out the cells in human airways can have different reactions to the same virus.

According to a new study published in the journal Cell Reports, when rhinovirus — a leading cause of the common cold, asthma attacks and other respiratory illnesses — enters the nasal passages, the cells that line the airways are supposed to respond to the virus before it can multiply and lead to common cold symptoms. This works well in some people but not in others, so the researchers, based at Yale University, tried to find out why that happens.

For their study, the researchers exposed these defensive human cells, either from the nose or lungs, to the rhinovirus and found the nasal cells to be better equipped to deal with the virus. The next part of the study involved triggering the virus surveillance pathway in both the nasal and lung cells to monitor both their antiviral response as well as how they dealt with oxidative stress, a form of cell damage caused by viruses and other inhaled irritants like cigarette smoke or tree pollen.

The researchers found that each type of cell had its own strength: nasal cells were more effective at responding to the virus, while bronchial cells had a stronger response to oxidative stress. After additional experiments, the researchers discovered that it was a trade-off. When cells defended themselves against oxidative stress, it made them less effective at fending off viruses.

To test this, the researchers exposed nasal cells (which had previously been better at warding off the virus) to oxidative stress in the form of cigarette smoke. After exposure to the smoke, they became more susceptible to the virus. “They survive the cigarette smoke but can’t fight the virus as well,” lead researcher Dr. Ellen Foxman said in a statement. “And the virus grows better.”

This could be a major clue about why some people more regularly develop colds than others.

“Your airway lining protects against viruses but also other harmful substances that enter airways. The airway does pretty well if it encounters one stressor at a time. But when there are two different stressors, there’s a tradeoff,” Foxman explained in the same statement. “What we found is that when your airway is trying to deal with another stress type, it can adapt but the cost is susceptibility to rhinovirus infection.”

In other words, people who are constantly exposed to harmful environmental substances may be more likely to develop colds because their first line of defense (their nasal cells) were busy dealing with the oxidative stress. Foxman said that this might be the reason smokers tend to get colds more frequently than nonsmokers.

Ultimately, Foxman and her colleagues hope their findings are the first step toward developing a more effective strategy to combat the rhinovirus, which, according to the study, cause an estimated 500 million colds and 2 million hospitalizations in the United States per year.