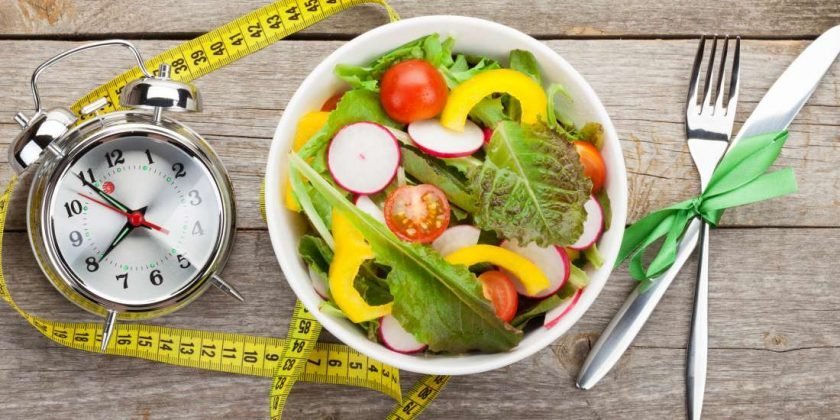 Intermittent fasting is a form of diet that allows people to lose weight by “prompting” the body to switch to burning fats, so as to convert them into energy.

One type of fasting diet is time-restricted eating, in which the dieters only eat for a specific number of hours every day.

Recently, researchers — led by Dr. Jonathan Johnston, from the University of Surrey in the United Kingdom — decided to conduct a study starting from the time-restricted eating model.

The difference? Some of the study participants were asked to deviate from the times at which they would normally have their daily meals.

The researchers did this to see how disrupting time patterns when it comes to eating can impact a person’s weight, as well as other health factors, such as biomarkers for diabetes and heart disease.

They report their findings in a paper now published in the Journal of Nutritional Science.

The research team worked with an initial cohort of 16 participants, of which 13 successfully followed through with the study, which lasted for a period of 10 weeks.

Dr. Johnston and colleagues split the participants into two groups. People in the first group were asked to have breakfast 90 minutes later than they normally would and have dinner 90 minutes earlier than usual.

Participants in the second group acted as controls, and they kept having their meals at the same times as they would normally do so.

Otherwise, there were no dietary restrictions, and everyone followed their normal diets — as long as they did so only between designated times.

At the start of the intervention, as well as throughout the study, the researchers collected blood samples from each participant. At the end of the study, the volunteers filled in a questionnaire, offering feedback about how well they fared over the 10 weeks.

Dr. Johnston and his team found that the participants in the first group, who modified their breakfast and dinner times by 1.5 hours, lost more than twice as much excess body fat, on average, than those following their regular meal times.

Moreover, the researchers noticed that the participants in the experimental group actually tended to eat less food at meal times than their counterparts in the control group.

The volunteers who took part in the intervention observed this themselves, reporting that they ate less because of decreased appetite, fewer opportunities to eat, or reduced snacking in the evening.

However, it remains unclear whether these participants fasting for a longer time also affected how much body fat they lost.

“Although this study is small, it has provided us with invaluable insight into how slight alterations to our meal times can have benefits to our bodies,” notes Dr. Johnston.

“Reduction in body fat lessens our chances of developing obesity and related diseases, so is vital in improving our overall health,” he adds.

Implementation may call for flexibility

The researchers were also interested in learning whether such adjustments to meal times would be acceptable in the long run, and whether they could fit seamlessly into individuals’ daily schedules.

As it turns out, the shift may not be so easy to incorporate. Of all of the participants, 57 percent declared that they would be unable to continue eating according to the experimental schedule beyond the time frame of the study, since the changed times clashed with their regular day-to-day commitments.

At the same time, however, 43 percent of the participants admitted that they would be happy to consider carrying on with the time-restricted eating diet if the meal times would be a little more flexible.

“[A]s we have seen with these participants, fasting diets are difficult to follow and may not always be compatible with family and social life,” admits Dr. Johnston, adding:

“We therefore need to make sure they are flexible and conducive to real life, as the potential benefits of such diets are clear to see.”

He explains that the findings of the recent study will allow him and his colleagues to conduct “larger, more comprehensive studies of time-restricted feeding” in the future.