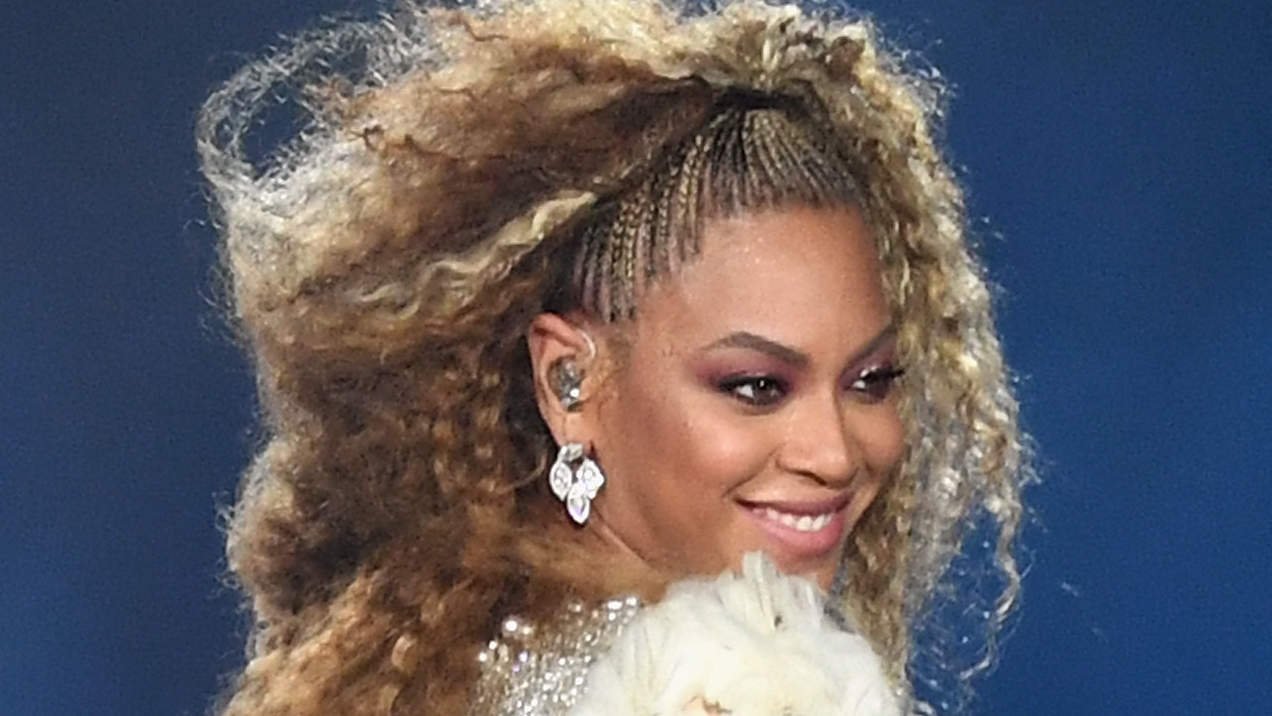 Not everyone can walk in Beyoncé’s diamond-encrusted shoes, but if you’ve had a cesarean section, you have something in common with Queen B.

The superstar graces the cover of Vogue‘s September issue and spoke rather candidly about needing a C-section to deliver her twins.

“I was 218 pounds the day I gave birth to Rumi and Sir. I was swollen from toxemia and had been on bed rest for over a month. My health and my babies’ health were in danger, so I had an emergency C-section,” Beyoncé said. (Toxemia can refer to preeclampsia, a condition of dangerously high blood pressure during pregnancy.)

It’s here! @beyonce stars on the cover of our September issue. Tap the link in our bio to read the full story. Photographed by @tylersphotos, fashion editor @tonnegood, Vogue, September 2018.

About one in three deliveries are via C-section (a surgical procedure where a baby is delivered through incisions in a mother’s uterus), according to data from the Centers for Disease Control and Prevention (CDC). Beyoncé is right that it can be a life-saving procedure for both mom and baby, but given the rising number of C-sections, there’s also evidence that they’re widely overused.

One of the most common reasons for a C-section is what’s called “arrest disorder,” or when the cervix stops dilating and the woman has a C-section to get the baby out, says Michael Cackovic, MD, an ob-gyn at the Ohio State University Wexner Medical Center. A C-section may be recommended out of medical necessity, but the decision to do one may also be rushed out of convenience for the doctor, hospital, or patient, he says. Other reasons why a C-section may be performed include certain chromosomal abnormalities of the fetus or if the baby is in breech position (feet or butt down).

If you get pregnant again after you’ve had one C-section, you’ll typically be scheduled for a repeat procedure. While some doctors are comfortable performing vaginal births after cesarean section (or VBACs), many times another C-section is done because of the “small, but real risk” of uterine rupture, says Dr. Cackovic, who adds that this happens in less than 1% of cases. But repeat C-sections come with potential complications–like placenta accreta, where the placenta remains attached to the uterine wall after delivery, something that can cause severe bleeding–so there’s been a push in the medical community to reduce the rate of first-time C-sections, says Dr. Cackovic.

Ultimately, there is no one safest or best way to deliver a baby; every mom-to-be’s preferences, risk factors, and health (and that of her baby) need to be carefully considered. Should you find yourself facing one, here’s what to expect from a C-section.

“After the C-section, my core felt different. It had been major surgery,” Beyoncé said. Here’s how it all goes down: While a woman is under general anesthesia, a doctor will cut through the skin and fascia (the thick tissue that acts as a girdle to your middle) to reach the peritoneal cavity. Then, a special instrument is used to move the bladder out of the way. Because there’s already a natural separation of the rectus abdominis muscles (the vertical muscles that run along your abdomen), no cuts to these muscles need to be made—the doctor instead separates them manually. From there, they make a vertical or horizontal incision on your uterus.

Contrary to what you may imagine, the baby is not gently and elegantly lifted from the uterus and placed in a towel to present to mom. Instead, the doctor puts pressure on the uterus and the baby is squeezed through this incision similar to how he or she would come out through the vagina. Crazy, huh?!

After, the incisions in your uterus, fascia, and skin are stitched up. Most women get a “bikini cut,” meaning the C-section scar is horizontal at the bikini line, but it may also be up and down underneath the belly button. The surgery takes 25 to 30 minutes, says Dr. Cackovic.

You may feel some tugging

Of course, the entire time, this is done under anesthesia (you remain awake in most cases), but many women report feeling a lot of pressure and tugging. That’s from the doctor squeezing the baby out.

“While pain receptors are blocked with general anesthesia, they deal with pain only—not the sensations of pressure. This is something that can be anxiety-provoking or feel weird for the woman,” says Dr. Cackovic.

Your organs are not placed on the table beside you

Here’s how Beyoncé explained it: “Some of your organs are shifted temporarily, and in rare cases, removed temporarily during delivery. I am not sure everyone understands that.” This is… partially true. However, the idea that your organs are taken out and basically put on the operating table next to you is an urban legend, says Dr. Cackovic. (Whew!)

There may be one organ that actually does come out: the uterus. Some doctors will remove the uterus and repair it while it sits on the woman’s belly, not because it’s necessary but because it’s easy and convenient. However, this often triggers nausea and vomiting. For the woman’s comfort, a doctor can stitch the uterus up on the inside, says Dr. Cackovic.

C-sections may be the most performed surgery in the U.S., so they sometimes draw criticism as an “easy way out” compared to giving birth vaginally. However, let’s emphasize something Beyoncé said: This is major surgery. And recovery takes four to six weeks. “You need to recover from the changes that occurred during the 40 weeks of pregnancy, birth, and major abdominal surgery,” says Dr. Cackovic. “Patients are often surprised that the aches and pains don’t go away in the first week.”

It makes sense that Bey gave herself grace to let her body get the rest it needed. “I needed time to heal, to recover. During my recovery, I gave myself self-love and self-care, and I embraced being curvier. I accepted what my body wanted to be.”

She added: “Today I have a connection to any parent who has been through such an experience.” No matter how you gave birth, remember that you went through something big, mama, and you can be proud of what you accomplished. Beyoncé’s right again: A lot of self-love is just what you need right now.