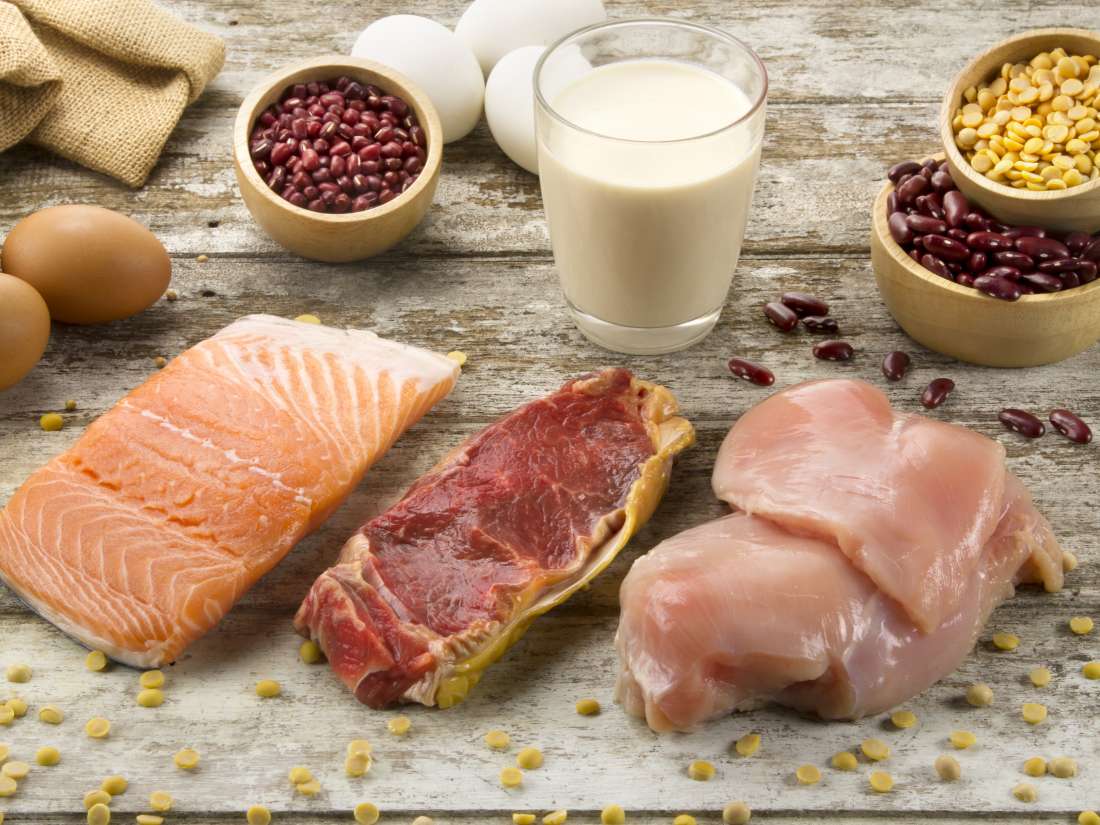 Protein exists throughout the body, in everything from the muscles and organs to the bones, skin, and hair. The body does not store protein like it does other macronutrients, so this protein has to come from the diet.

A complete protein source refers to a type of food that contains all nine.

Having the right balance of amino acids can build muscle and help the body to recover from exercise quickly. Understanding the differences between plant and animal proteins is important for anyone who wants to ensure that their diet is healthful.

In this article, we look at the differences between animal and plant proteins. We also investigate the effects on health, describe which type is better for bodybuilding, and list the best sources of each.

One of the main differences between plant and animal proteins involves their amino acid contents.

Amino acids are the building blocks of protein. When the body digests the proteins in food, it breaks them down into amino acids.

The body may need different amino acids at different times. Many people believe that the diet should include complete sources of protein, which contain all nine essential amino acids.

Some animal products are complete sources of protein, such as:

Most plant proteins are incomplete, which means that they are missing at least one of the essential amino acids.

However, some plant-based foods, such as quinoa and buckwheat, are complete sources of protein.

It is important for vegetarians and vegans to mix their protein sources and ensure that they are getting all of the essential amino acids.

Also, keep in mind that some sources of plant protein may take longer for the body to digest and use.

The following are examples of plant-based foods rich in protein:

Many other nuts, grains, and vegetables also contain high amounts of protein.

When choosing between plant and animal sources of protein, it is important to factor in the other nutrients that the foods provide.

Foods rich in protein can have widely ranging nutritional profiles.

Certain sources of animal protein can contain high levels of heme iron and vitamin B-12, while some plant-based foods lack these nutrients.

On the other hand, plant-specific nutrients, called phytonutrients, and some antioxidants are absent from sources of animal protein.

Animal products contain saturated fat and higher levels of cholesterol than sources of plant protein. A person may wish to avoid animal products for these reasons.

Many used to believe that dietary cholesterol was associated with cardiovascular disease. Recent evidence shows no significant link.

Fiber is another important factor. Only plant-based foods contain fiber, which helps to keep the digestive system balanced.

Results of a 2016 meta-analysis suggested that eating more animal protein, especially that derived from processed red meat, may increase the risk of dying from cardiovascular disease.

However, researchers noted that they only found the link between animal protein and cardiovascular disease in people with at least one lifestyle-related risk factor, such as smoking, heavy alcohol intake, or being overweight or obese.

The results also indicated that eating more plant protein may help to reduce this risk and others.

In general, the best way to cover a person’s dietary needs is to eat a wide variety of foods.

Athletes and others looking to increase muscle mass and reduce the amount of time it takes to recover from exercise often pay close attention to their protein intake.

Protein helps repair and build up the muscles after a rigorous workout.

Many athletes turn to whey protein for building muscle. This type of protein is easier for the body to break down and absorb, which can give whey an edge over other sources, such as meat, eggs, and vegetables.

Regarding plant-based sources, one study suggests that that rice protein isolate may offer similar benefits to whey protein.

Many people recommend consuming a combination of plant-derived proteins after a workout. This can provide the body with a range of amino acids.

Simply getting enough protein in the diet may be more important than focusing on the kind of protein.

One study found that including above-average levels of protein in the diet improved signs of muscle health, such as lean mass and strength in the quadriceps. The researchers noted that the amount of protein was more important than the type.

However, some sources of protein may be better for general health. For example, fish and white meats tend to contain less fat than red meats.

For many people, the choice between animal and plant proteins involves a range of considerations.

Rather than focusing on a single type of protein, it may be better to focus on eating a wide variety of foods. This can help ensure that a person gets a healthful balance of amino acids and other vital nutrients.

Anyone with specific questions about protein requirements and sources should speak with a dietitian.