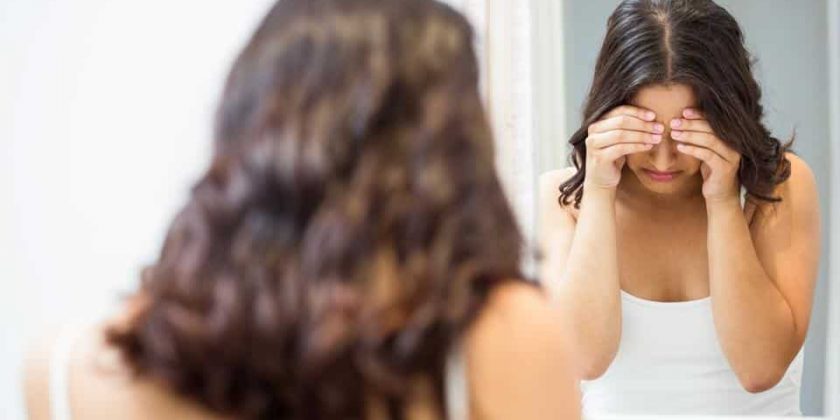 Recently, American actor Lili Reinhart opened up about how she suffers from Body Dysmorphic Disorder (BDD). In an interview with a magazine, the actor revealed her struggle with cystic acne, which triggered BDD. Closer home, Bollywood actor Ileana D’Cruz, has always been vocal about her struggle with the disorder. The actor often has question-and-answer sessions on social media with those going through the same, and encourages them to speak up and get help.

Calling it a medical condition which requires “timely diagnosis and treatment”, psychotherapist Dr Vihan Sanyal explains, “People with BDD become obsessed with their physical imperfections (often imaginary), to the point that their imperfections are the only thing they see when they look in the mirror.”

The definitive causes for BDD are unclear, opine experts. But they attribute it as a result of childhood bullying and teasing as well as sexual abuse and trauma. Some other causes that lead to it include brain abnormalities or neurochemical abnormality. It may also be due to genetic or environmental factors.

The signs of BDD

Dr Sanyal lists some of the common traits that those with BDD exhibit:

Such persons have repetitive compulsive behaviour including frequently checking the mirror, grooming or hairstyling

They are so caught up with their appearance that it starts to interfere with work, school, social life and day-today functioning

They get frequent cosmetic surgical procedures done with little satisfaction.

Citing social media to have “accentuated this need on how a person looks” midlife coach Vaibhav Datar says, “People want to be seen as goodlooking. You look around and everyone seems to be either beautiful or handsome. Mind you, there is nothing wrong in showing your better side. However, when it becomes an obsession or a compulsion, it goes out of control.”

He further adds, “Children are sensitive to the physical attractiveness aspect, teens especially. There’re hormonal changes going on and they want to look good. Also, there is huge comparison and competition among friends.”

How to deal with it?

“Physical activities can help you manage symptoms of depression, stress and anxiety. Seeking social support and understanding more about your illness or joining a social support group will help you deal with social anxiety and isolation. Then, there are therapies which may help patients with body dysmorphic disorder,” says Neeta V Shetty, psychotherapist, Blissful Mind Therapy Centre. Shetty suggests the following therapies:

Cognitive behavioural therapies help one understand negative thoughts and behaviours. It focusses in bringing a change in such tendencies leading to healthier behavioural and thought patterns.

According to Sanyal, parents can support kids and teens by being empathetic and understanding towards them. “Let go of the need to control and correct. It is okay to not correct the child immediately. Let him/her have their own share of experiential learning. Empathise with your child without being angry. Boost their confidence so that they do not need to look outside for conformance of their completeness,” he says, adding, “Hugging is a great thing you could do. Start hugging your child more. Even during your dinner table talks, avoid direct reference to people’s looks or skin. Emphasise on being beautiful from the inside.”