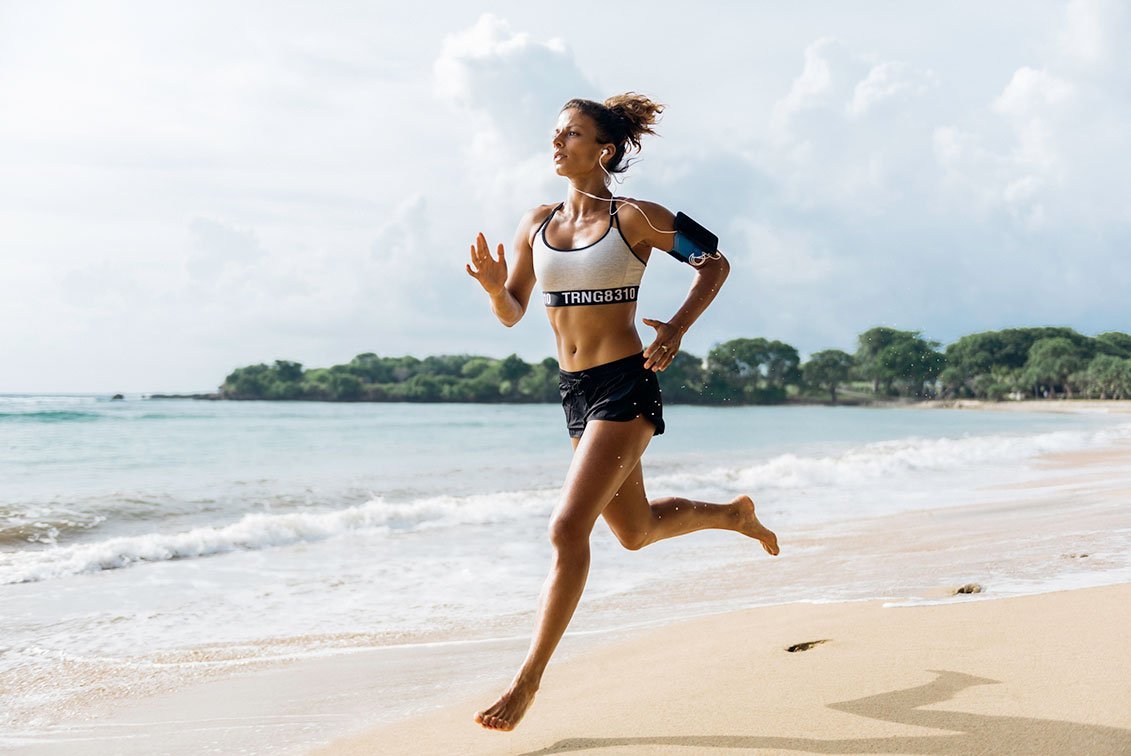 Running. It brings its own rewards. Fitness, endorphins, great self image. But, prizes are good too, right? So, boom, you can get both. Women’s Health contributor Anne-Marie Cook (@runinspo) set up an account with Running Heroes and this is what happened…

A friend told me about this site where you can win things and get points for running. I run just about every day so I thought, ‘Well, sure, I could do that!’ I set up my account and connected it to my Strava account. If you don’t have Strava you can connect your RunKeeper, Fitbit, Garmin, Nike+ or whatever tracking app you prefer. Yes, you have to use a tracker for Running Heroes to work.

Today's training was fairly technical — fewer kays, plenty of climbing! Twice up Golden and once up Furber. Gets easier every time you do it… Right? Loving my @ultratrailaustralia training tee! #utatraining #trailrunning #uta2017 #uta100 #uta100training #uta1002017

Next, I signed up to a few challenges. None of them seemed out of reach, such as “Run 2 x 10km in 10 days” and “Run 2 x 5km in a week.” It seemed like a good motivator to get out for an extra lunchtime run.

After a few months of running and entering challenges, I got a little win. It wasn’t too much, a couple of packets of hydration powder to try. But better than nothing! So I kept going back to the site and entering the comps. Meanwhile, my points from running are tallying up on the site, which is kind of cool in itself. I mean, if my kilometres (that I would have run anyway) are converted into points that I can turn into discounts on products, it’s like free money!

A solid 35km yesterday on the UTA50 course. Still, clear, stunning conditions. Hoping for the same on 20 May! #uta50training #uta50

Since then I’ve ‘cashed in’ points for discounts on several different products. I love my Medal Displays medal holder of the Sydney skyline. I got it for 25% off because I used points on Running Heroes to buy a discount voucher. Loving a bargain! You can also get discounted entry on events like Blackmores Running Festival, but those offers go really quick, so you have to be right on it to get those.

Last year I entered to win a prize pack from The North Face. I thought it looked like a cool prize – I was really getting into trail running at the time so winning a prize of trail-specific running shoes and clothes seemed like a good plan! I made sure I completed the challenge but then didn’t think much of it until I received an email about a week later telling me I’d won and asking for my sizes. When the prize arrived I couldn’t wait to go out running and give them a whirl! I’ve now worn those shoes in three trail ultramarathons in three countries, so I’ve absolutely plenty from that prize.

https://www.instagram.com/p/BSYejW9j_Y9″>Training day success. 22km of the #uta50 course #ultratrailaustralia #utatrainingI’ve also been able to donate my mileage through Running Heroes to Run for Change, a charity initiative by the Sally Fitzgibbons Foundation. Through receiving donations of kilometres through Running Heroes, the foundation has been able to leverage corporate and private sponsorship of $100,000. It’s a wonderful feeling to have each km I run contribute to a positive cause – tackling child obesity. There’s three months left in the campaign, so there’s still time to sign up and donate your kilometres and contribute to the million total.

I do believe that every runner should sign up to Running Heroes. Really, why not? You can access discounts to products that you’re likely to want anyway or, even better, to win prizes. It can be a powerful motivator to get the kilometres done if there is a prize that’s really calling your name. Sure, you may not win the prize, but if you’ve done the work to secure your entry, then those are runs in the bank – really, you’ve won already! Check it out at au.runningheroes.com