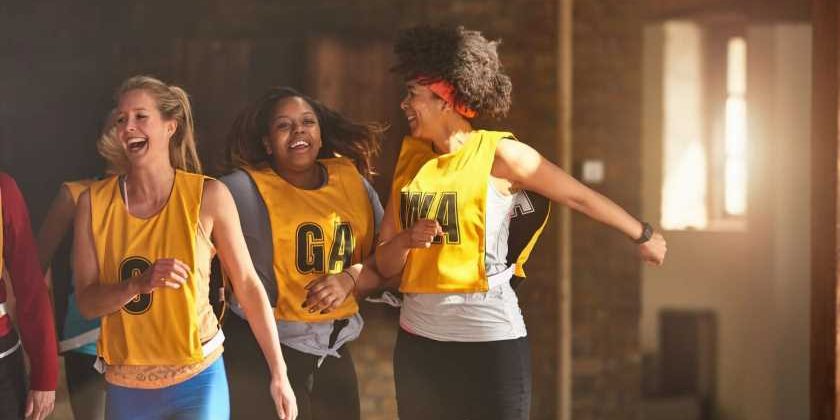 A new study has found that school kids are less active than ever – and that’s something many will have to deal with as they get older. For gym lovers like Alice Porter, exercise is a chance to play again.

Exercise was a huge part of my life growing up. It was a way to socialise with my friends and a means of escape from the teenage drama I had created for myself. From a young age, I spent all of my evenings and many of my lunch breaks taking dance classes – a hobby that required dedication and commitment, but that I found so much joy in.

I even enjoyed sports that I had no talent in. Some of my fondest memories include games of rounders during PE lessons and consistently losing every netball game my high school team played.

A recent report from Sport England showed that in some regions across the UK, a third of children are active for less than 30 minutes a day. The research also shows that physical education (PE) has suffered a decline since 2013, with kids now only spending 7.7% of school time on PE lessons.

I was saddened to see these figures, especially because they show that this lack of PE is a particular problem in state-funded schools, like the one I went to – where exercising was such an important part of my experience.

As a child, exercise and play are fairly interchangeable ideas. In fact, exercise was never something I looked at as a chore until I reached my late teens and became inundated by toxic beauty standards.

Because of this, exercise soon became a means of controlling my appearance instead of a way to socialise and have fun. I spent many years as a young adult putting myself through spin classes and dull pilates YouTube videos that I utterly loathed, only as a means of attaining a ‘thigh gap’ or a ‘flat stomach’.

Overcoming toxic diet culture by finding the fun in fitness

My relationship to exercise became warped (as it is for so many women), and it wasn’t until my childhood best friend qualified as a personal trainer at the start of 2020 that I was able to regain some of the simple childlike joy that exercise brought me when I was younger.

I hadn’t entered a gym for at least two years when I did my first session with her, but she encouraged me to lift weights that had previously scared me and we began to work out together regularly. For the first time in a long time, I found myself looking forward to exercising.

We invited other friends to train with us, and the hour we spent working out together doubled up as an opportunity to catch up (something we normally would have done over a glass of wine). Our workouts usually ended up with us in fits of laughter, much like our high school rounders games did.

Overactive minds of all ages need tiring out

I wasn’t only enjoying the gym sessions themselves, but they were helping me to sleep better too. I noticed when I had taken a break from exercising that my restless nights had returned and I also felt more stressed and agitated throughout the day.

Shortly after I joined the gym, we entered lockdown and parents around the country were all talking about the struggle of homeschooling and having their kids cooped up indoors. My family members with young children spoke about the different methods and techniques they were trying to tire out their children, to make sure they slept during the night.

I realised then that exercise worked in the exact same way for me as it did for these children. Using up energy via exercising was helping me to relax and sleep more soundly. It seems like a simple idea, but it was something that I hadn’t considered before because working out was so tied to weight loss.

From then, I made a commitment to moving my body as much as possible in order to help me feel more energised and I experienced a totally new lease of motivation as a result.

What is the gym, if not a soft play area for adults?

Over lockdown, I went on runs and used the weights I had at home, but some days I simply put my earphones on and danced around the garden to Dua Lipa in my pyjamas for 20 minutes or dragged my sister out of the house to throw a ball around with me.

Now that the gyms are back open, the hour I spend there is my chance to play. When you think about it, the feeling you get from picking up weights or doing HIIT classes is pretty similar to the one you experience when diving into ball pits and throwing things around on bouncy castles.

In fact, when my home city of Liverpool went into Tier 3 at the end of 2020, one of my main points of confusion was that soft plays could stay open but gyms couldn’t. What is a gym if not an adult playground?

I hope that more children get to find joy in exercise as I did as a child, whether that’s through PE lessons or playing tig around the playground each lunchtime.

We adults would do well to remember how good it felt to move our bodies when we were children; if more of us focussed on how liberating it can feel now, we’d be able to take the pressure off ourselves and learn to treat exercise as play, not punishment.