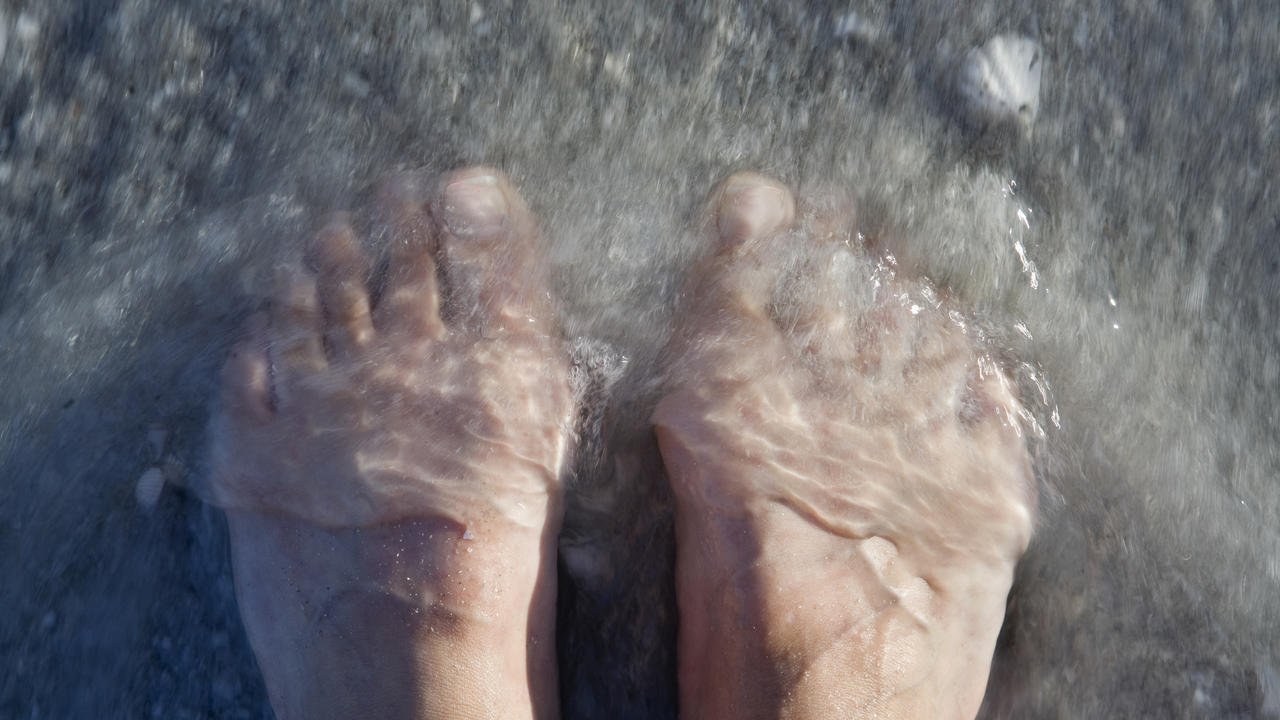 A 60-year-old New Jersey man is fighting for his life, and his limbs, after contracting an infection while crabbing in the Maurice River, near the southern tip of the state. Angel Perez developed swelling and pain in his right leg on July 2, according to WPVI TV. “It turned brown, blackish color,” his daughter said.

A few hours later, the swelling and blisters had spread throughout his entire body. Doctors blame the infection on a strain of bacteria called Vibrio vulnificus, which is sometimes referred to as flesh-eating bacteria. They’re waiting to see if he responds to antibiotics, according to NJ.com, but three or four of his limbs may need to be amputated.

If Perez’s story has left you too spooked to go near water, here’s a reality check. Vibrio bacteria live in coastal bodies of salt water or brackish water; people can contract the bugs by swimming in contaminated water or even eating contaminated raw seafood, like oysters. But serious infections are uncommon, and not everyone has cause to freak out, experts say.

Back in 2016 year, Health spoke with Gabby Barbarite, PhD, a Vibrio researcher at Florida Atlantic University’s Harbor Branch Oceanographic Institution, to find out how much of a risk the bacteria pose to the average person. Here’s what you should know, and how to keep yourself safe.

There are about 12 Vibrio species that make people sick, and they’ve been around for many years. This is likely not the first time you’ve read about them in the news, either.

Last summer, a man died after contracting Vibrio when he swam with a freshly inked tattoo. Doctors say the new body art left the unidentified 31-year-old’s skin vulnerable to infection while he took a dip in the Gulf of Mexico. And in October of 2016, a man died from Vibrio after cleaning out crab pots at his beach house in Ocean City, Maryland. His wife told local newspaper The Daily Times that the experience was “like something out of a horror movie.”

According to the Centers for Disease Control and Prevention, vibriosis causes an estimated 100 deaths in the U.S. each year. It also causes an estimated 80,000 illnesses—52,000 of which are from eating contaminated seafood like raw oysters. Just last week, in fact, health officials in Maryland warned residents against eating Venezuelan crab meat after nine people developed Vibrio after eating dishes made with the imported seafood.

Vibrio bacteria are found year-round in warm climates like Florida; further north, their levels peak in late summer and early fall, when water is warmest. (In Florida, at least two people died in 2015—and at least seven died in 2014—as a result of vibriosis.)

“People often ask why we don’t just get rid of the bacteria,” says Barbarite, “but in reality, we’re never going to get rid of it all. What we can do is teach people how to stay safe—how they can safely handle seafood and safely spend time in the water.”

A pre-existing cut can lead to infection

Vibrio has been dubbed a type of flesh-eating bacteria, thanks to the blistering skin lesions that can spread quickly across the body if an infection isn’t treated. But Barbarite says that term isn’t quite right.

“The words flesh-eating might make you think that if you touch it, it will degrade your skin on contact, and that’s not true,” she says. “You have to have a pre-existing cut—or you have to eat raw, contaminated seafood or chug a whole lot of contaminated water—for it to get into your bloodstream; it can’t break down healthy, intact skin.”

Men over 50 are at higher risk

Almost every case of serious illness or fatality from vibriosis occurs in men over 50, says Barbarite, and most are people with compromised immune systems because of a condition like liver disease, heart disease, or diabetes. (Healthy immune systems are usually able to fight off infections before they become life-threatening.) Perez reportedly has Parkinson’s disease, and according to the doctor’s case report, the tattooed man from 2017 had chronic liver disease.

“Studies have shown that estrogen can actually combat infections, so that’s why we see it more in males than in females,” says Barbarite. Men also tend to have higher levels of iron, she adds, which the bacteria need to thrive.

Contact with contaminated fish and shellfish is also a risk factor, and crabs are known to carry Vibrio bacteria on their shells. “If that bacteria gets into a cut, it can get into your bloodstream and progress very rapidly,” says Barbarite. “Within 12 hours it could be fatal.”

Healthy people don’t need to avoid the water or stay away from seafood, says Barbarite. Still, it’s important to keep open wounds away from seawater and raw seafood. If you do get cut in or around a marine environment, wash the area thoroughly, and as soon as possible, with soap and clean water.

“People need to know that if they get cut, to clean it out right away and to seek medical attention within four to five hours if they see redness or swelling,” says Barbarite. Fever and nausea are also red flags that the vibriosis infection has spread to the bloodstream. If caught early enough, treatment with antibiotics can be life-saving.

A 2016 study published in the Proceedings of the National Academy of Sciences suggested that warmer ocean temperatures may be fueling the growth of dangerous bacteria—including Vibrio—in northern seas. This could explain an increase in the number of people in Europe (where the study was conducted) getting sick from swimming or eating tainted seafood, say the study authors, and it could make infections more likely in other warm climates as well.