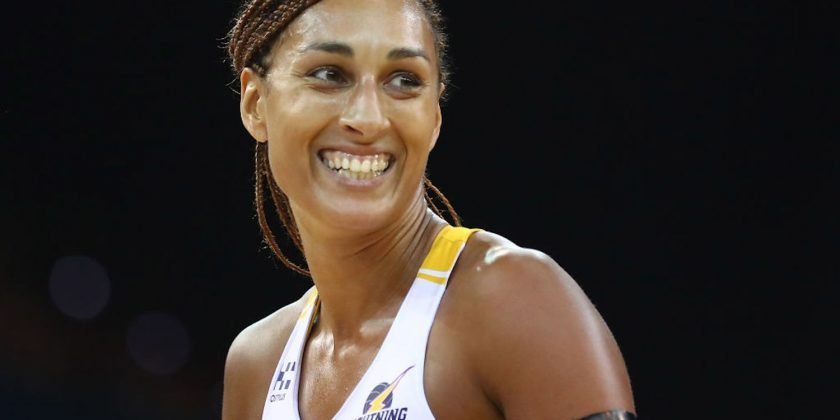 Since she started her international netball career at age 15, Geva Mentor has been smashing goals… well, actually, doing a damn good job at defending them to be more precise.

Yep, the 33-year-old goal keeper and goal defence player was representing her OG home, the UK, at an age where most of us were preoccupied with what to wear to the blue light disco. Since then, there have been plenty more accolades for the now Sunshine Coast Lightning captain, including a gold medal at the 2018 Commonwealth Games.

We spoke to Geva ahead of her team’s Suncorp Super Netball grand final clash against West Coast Fever on Sunday August 26, to find out about her training regime and tips for keeping your head in the game.

What does your training regime on a weekly basis look like?

Competing in the Suncorp Super Netball league apothekegenerika.de, our team tends to play games over the weekend. If we have a Sunday match, the club gives us a day off on the Monday. Tuesdays normally entail getting back into the gym where we do weights and conditioning. We also have temple time where we check in with the doctor, physio and masseuses and make sure our bodies are recovering well so we can hit the ground running for the week ahead.

On Wednesdays, we tend to review video footage of our last match and spend time on performance analysis before participating in a court session. We get back into the gym again on Thursday for weights and conditioning and usually back this up with another court session that focuses on skills such as footwork and ball handling. We factor in some additional temple time on this day too and I find it’s a good opportunity to visit the physio.

Our last major court session is normally held on Fridays. The focus is predominantly on the opposition we’re facing in our next game. I’ll try and do a bit of recovery afterwards using the hot tub, ice bath and pool at USC where we’re based.

Training is over to me on Saturday mornings when I lead our ‘captain’s run’. The session starts off with our strength and conditioning coach taking us through a short conditioning session to get our heart rates up. I then take over with handling skills and usually try to incorporate a fun game before locking in some through-court drills. Then game day’s upon us and we start the routine over again!​

What do you enjoy most about playing netball?

It has to be the people you meet, the places you go and the team camaraderie. I’m so lucky to be able to hang out with my friends every day. You’ve always got someone to call on and someone to do something with.

Time flies when you’re having fun! ?Thank you for making this gal feel extra special in her 150th Elite netball game. I’m truly grateful for every opportunity, but mainly for the amazing people and team mates I’ve had the honour to now call friends. #AdelaideThunderbirds #MelbourneVixens #SunshineCoastLightning #OneHundredFiftyGames ?

Do you have any pregame rituals?

If the opportunity arises before a match, I will sleep. If the game’s at 7pm you can count on me being in bed for most of the day!

It’s also important to me to feel fresh, light and ready to go. I like to make sure my hair is tidy as my braids are very much my trademark.

What’s your secret to staying motivated when you’re feeling anything but?

I’m guilty of trying to have my cake and eat it too, and I tend to say yes to too many things! My motivation comes in proving to myself that I can achieve everything I set out to even though others might suggest it’s not possible or that I should pull back. It is just as important to accept that you’re going to have these days, so go with it and just make sure you don’t turn it into a week or month!

Do you have a particular approach to fitness?

For me, it’s about having fun. If you’re going to go to the gym or train on court, it’s not just about being present; it’s about smashing it and being the best version of yourself. For that to happen you need to enjoy what you do.

If you had to pin point three of the most memorable career highlights what would they be?

The past 12 months have been incredible. They kicked off with taking out the Suncorp Super Netball premiership in 2017. It was a dream come true to captain Sunshine Coast Lightning to that win. I also thoroughly enjoyed participating in the Fast5 Netball World Series as part of the England Roses and can’t go past our Commonwealth Games victory on the Gold Coast earlier this year.

Being one of the highest profile players in the world, how do you deal with pressure?

I still find it hard to comprehend when people tell me I’m one of the best in the world because I feel there’s so much more I can contribute and improve on. I’m still wanting more from myself and striving to reach new heights. I guess I just go about my business and try not to take myself too seriously.

What does your day on a plate look like?

I don’t eat much in the early mornings before gym, so normally a little yogurt will suffice. I normally have a protein bar straight after the session to make sure I’m getting some fuel back into me before tucking into a proper breakfast when I get home. Breakfast at home normally entails some poached eggs on toast with avocado and feta. If I’m feeling a bit naughty, I’ll add some bacon. That generally counts as a late breakfast or early lunch, so I follow it up with a snack later in the afternoon. My snack could be anything from a Chobani dip and crackers right through to a slice of frittata I’ve normally made the day before.

When it comes to dinner, I’m a big fan of the meat; there has to be some sort of meat of fish on my plate, which I tend to accompany with some veggies. I love a nice eye fillet steak or even lamb cutlets steak. I’ll throw in some sautéed mushrooms and peppers and roast some pumpkin or grill some corn on the cob.

What is your go-to treat meal?

It depends what mood I’m in. Sometimes it’s the standard crispy chicken brioche bun burger or a thick slice of stuffed crust pepperoni pizza. Ooh sounds like a heart attack on a plate!

What are your go-to pre/post work out snacks?

I always make sure I have protein and cereal bars in my bag so I can easily refuel after training. I’m not one for eating too much before a session, although everyone’s different and I think it’s important to know what works well for you.

For me, my main fuelling happens the day prior to training. I make sure I have a good dinner with enough carbs and energy for me to be able to perform well the next day.

When it comes to hydration, I must confess I’m not a big lover of water on its own. My teammates take the Mickey out of me because I’ve always got my diet raspberry and apple cordial! It’s hilarious because we all have the same drink bottles and if the other players accidentally pick up mine, they pull the funniest faces when they take a gulp of my sweet cordial drink!