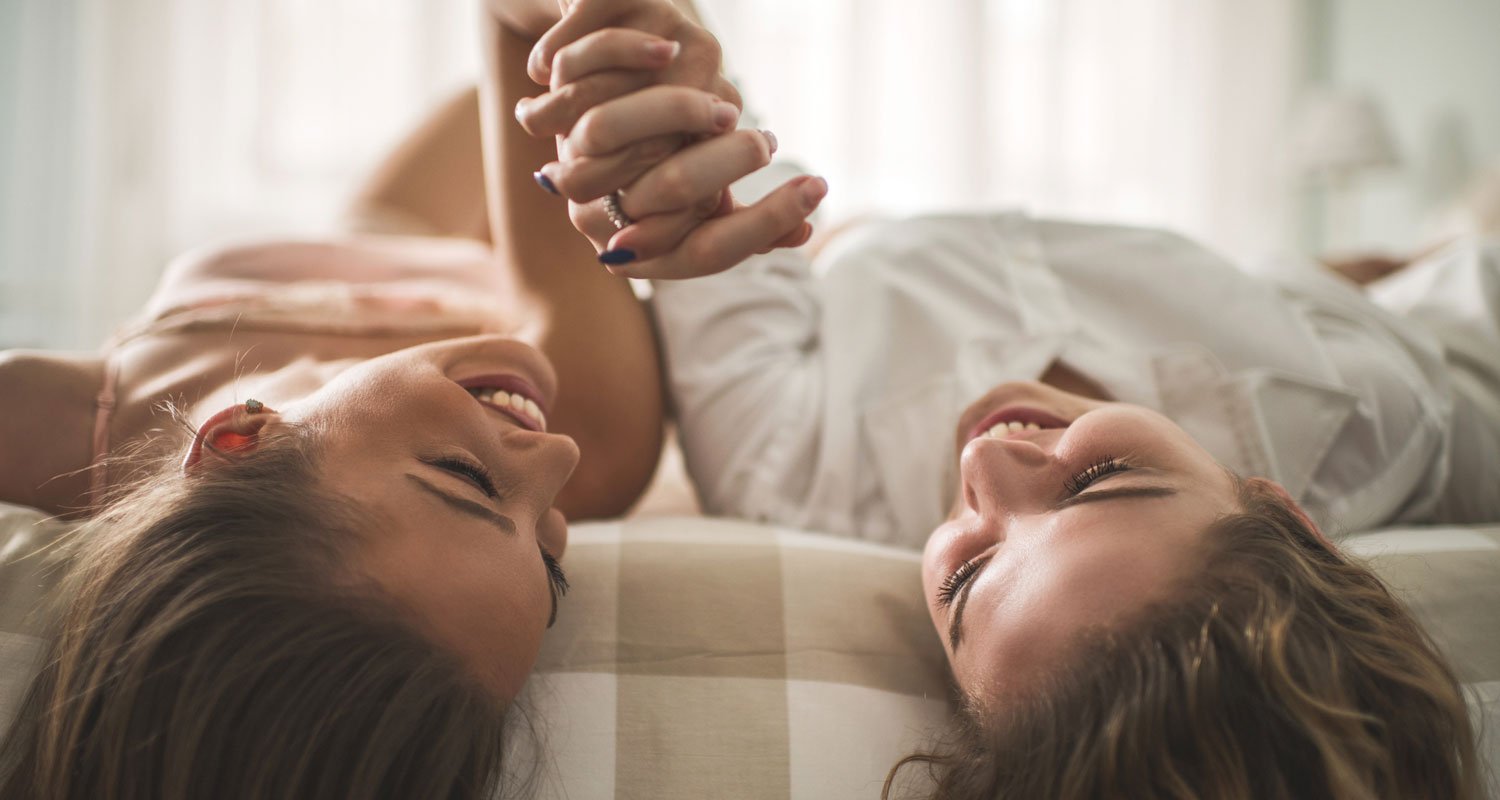 Despite what we see in the movies, first time romps are rarely the most orgasm-inducing, rocket-blasting sensual experiences of our burgeoning sex lives. The truth is, no one knows what they’re doing.

And what about having sex with a woman? When two women have sex, it is as unique, awkward, and liberating as any other kind of sex. Sex between two women is valid, strange, and beautiful. But if you’ve never done it before, the experience may seem a little daunting. So, if you’ve been curious about what it’s like to get down with another lady, or want to know what to expect when you finally take the plunge,  here are six real women’s stories on having sex with a woman for the first time.

‘Sex can be so fulfilling without a penis in sight’

“I had asked around about sex with women for the first time and heard everything from a casual ‘it’s hot’ to ‘it felt like coming home’ to ‘turned out eating pussy wasn’t for me,’ so I was very curious how I would react. I didn’t really ‘react’ one way or another, it just felt very natural and I absolutely liked it. I indeed was struck by the softness of two female bodies against one another and how fulfilling sex can be without a penis in sight, but it was really just a great date followed by great sex. It absolutely confirmed that I was bi/queer but more than anything it just reminded me that as a bi person people are people, and good sex, in general, involves emotional (even casual sex!) and physical intimacy. Tuning into another person’s body and mind doesn’t change based on the body or genitalia of the person you’re sleeping with. 13/10 would do again and did do again.” —Sophie, 29

‘It was such a natural and liberating experience.’

“One weekend party night, a friend from high school came up to visit me in my college town. We went out to a house party and started dancing together. When we got back to my place to crash, I invited her to sleep in my bed. Then I asked if I could kiss her.

“My heart was stuck in my throat at the idea that I could totally be reading her moves on me wrong and she might say no and reject me, but instead she cuddled up to me and gave me a huge kiss. We started making out and I said to her, ‘I’ve never gone down on a girl and I really want to. Do you want to try?’ She was just as interested. I was so nervous! I didn’t know what I was doing, so I let my instincts take over. It was such a natural and liberating experience. It was also one of the few times I felt dominate and in control with a sexual partner.

“The next morning was a little awkward. Neither of us were identifying as bisexuals, but we also didn’t chalk our experience up to being just a drunken mistake. We never had sex again after that, but it was what started my journey on identifying as bisexual and seeking out female sexual partners.” —Kenna, 30

“Sex with a woman for the first time gave me the courage to reclaim penetration. For as long as I could remember, penetration actually terrified me, and given my heteronormative definition of sex, I wrongly believed I could never have ‘real sex’ because of it. And, also wrongly, I believed that as a ‘real lesbian’ I couldn’t enjoy or take part in penetration. But my first partner eased me into the feeling. And as I was eased in, it’s like the d*mn floodgates opened and I realized penetration isn’t just a dick’s power. I feel more confident and excited to experiment with strap-ons and internal vibrators, not just on my future (consenting) partners but for use by them on me too!” —Madeline*, 26

RELATED: The Daily Habit Guaranteed To Improve Your Sex Life

‘I was nervous at first, but it felt so right’

“The first time I had sex with a woman I was 15, maybe 16, and it happened totally by accident. I could definitely tell that we were attracted to each other and I was always nervous around her. We weren’t close friends, mainly because I was a blithering idiot around her because sexual attraction does that to people, you know? I knew I was gay but wasn’t out, and I also intrinsically knew this girl was gay too. I think that’s why we were so shy around each other.

“One night we were hanging out in a big group until it was just the two of us. We crawled up into her bunk bed (at camp) and at some point, she put her arm around me. The next thing I knew we were kissing and the next thing I knew she was going down on me! I was nervous as hell once we started kissing, but after a few seconds, it felt so right, that I was totally swept up in the moment! And then I started going down on her, and even though I had never done it before, it just felt really natural. Afterward, however, we were both awkward. I mean how could we be normal around each other after we had experienced this crazy-intense sexual experience? We avoided each other. For a year.” —Zara, 31

‘The second time was definitely better’

“I’d been dreaming about having sex with women. I literally used to Google: ‘How to have sex with a woman if you are a woman.’ When the time finally came when I’d be able to have sex with a woman, I kind of chickened out. I didn’t let her go down on me and I didn’t go down on her. I had no idea what I was doing. There was a lot of hand-stuff and messy-kissing all over the place. I didn’t have an orgasm and I don’t think she did either.

“It was still radical, though, because I was this closet-case high schooler with a paralysing crush on my best friend and I had finally done something about it. After that, I started kissing more and more girls until the opportunity came again. The second time was definitely better.

Having sex with a woman for the first time (especially, I think, if you’re a young gay like I was) can be really daunting. I worried about ‘doing it right’ until I learned how to communicate with my partners.” —Brit, 25

‘I also slept with her husband’

*Names have been changed.