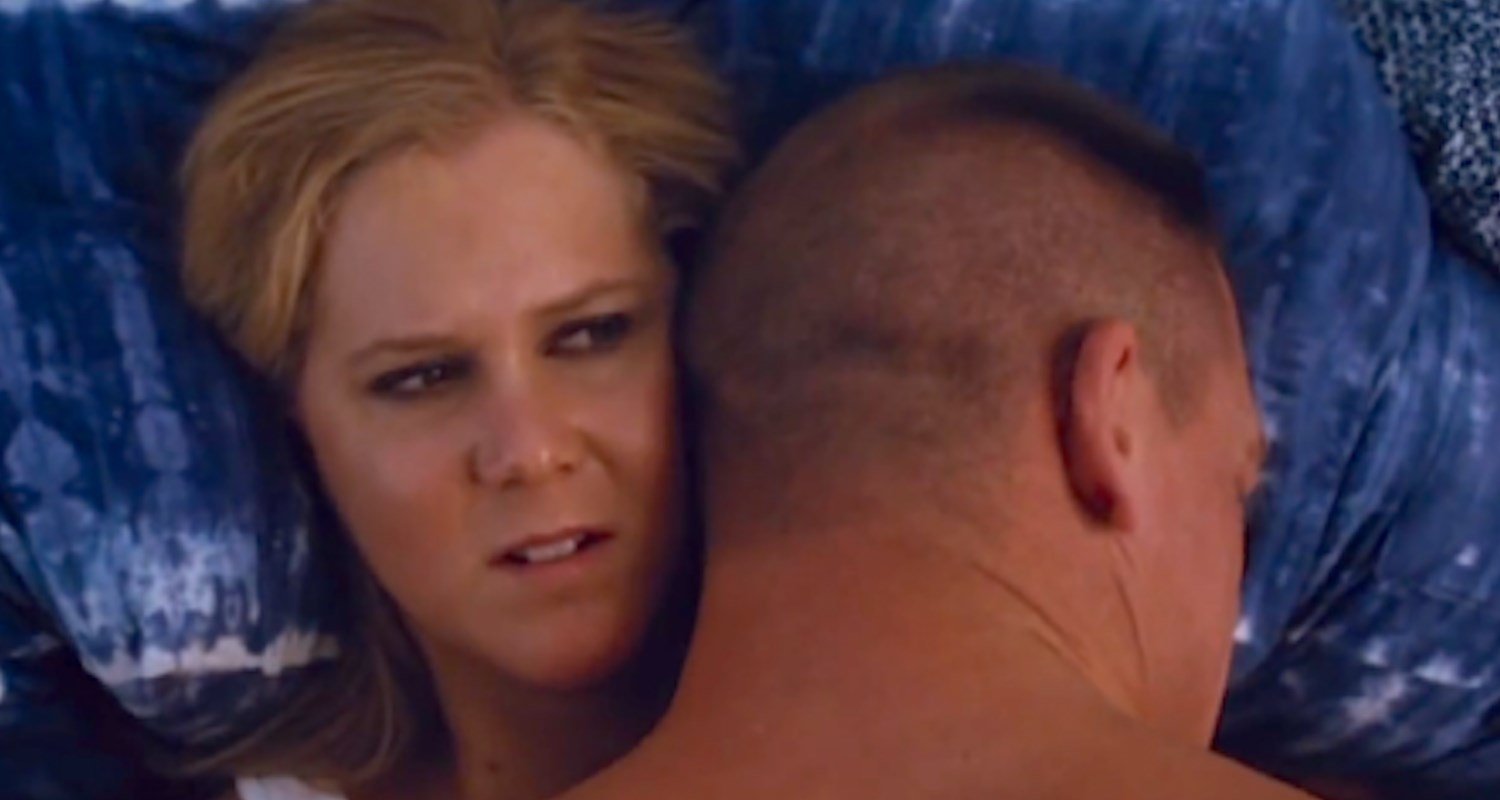 No matter how good you think you are at sex, chances are you’ve probably made her eyes roll back in the back of her head – and not in a good way. Whether you love sticking with that go-to move you’ve had since college, or you once decided to try something new and kinky that didn’t go over so well, you’ve probably done some not-so-sexy stuff in bed that even science can’t explain.

Granted, you don’t need to fault yourself completely (unless you skipped out on reading about women’s biggest turn-ons, or you’re simply oblivious to her pet peeves in the sack). But, it doesn’t hurt to take note of the things you’re doing during sex that might have her running for the hills.

To get an inside look on the matter, we asked several women: “What’s the weirdest thing a guy has done in bed?” Some answers are just that—really weird. Others will have you wondering where these guys learned their bedroom etiquette.

Here are 11 times guys really screwed things up under the sheets.

“My boyfriend stopped in the middle of sex once to try and milk my boobs. He used to work on a dairy farm. He started making a weird milking motion and weird sounds and started laughing. I was like, “What the f*** is happening, I am not a cow.” — Katie, 22

“I had a guy accidentally elbow me in the face once and give me a bloody nose. He said, “You’re fine,” and kept going.” — Emily, 22

“I once started hooking up with a guy and he reached into his nightstand. I assumed it was to get a condom, but he was pulling out a DIY catheter kit. Apparently that turned him on. Needless to say I bounced ASAP.” — Leah, 27

“I was having uncomfortable, bad sex with a dude when he literally shouted “TOUCH MY NIPPLES.” I don’t think he intended to shout, but it was jarring. So I did! And he then told me I needed to sort of “flick” them instead of what I was doing, which was confusedly rubbing them. I did some bizarre form of flicking, I think, and that seemed to be the only way to get him off (he got off in like 30 seconds flat once I got it right).” —Lily, 25

“One guy I was hooking up with regularly wanted to shower after every time we had sex. Which isn’t much of an issue, but there was no touching. He just wanted to wash me, like truly bathe me. Very weird.” —Natasha, 22

“I’m not a g-spot person, it’s just not gonna work for me. I know exactly how I work and almost always orgasm at least twice every time I have sex. The weirdest thing a dude ever did wasn’t what he did, it was what he said. He spent like 10 minutes going at my g-spot and when I tried to kindly explain to him that it wasn’t going to work and what to do. He removed his hand, flopped over and said ‘BUT IT’S SUPPOSED TO FEEL GOOD!!!'” — Jane, 28

“A boy got handy downstairs after he had eaten hot wings, didn’t wash well enough after, and my vag burned for an hour and I had to shower.” — Lizzy, 22

“The only really weird/awkward sex I’ve had was when it was my first time giving head and I spit out when he came and he immediately became all serious and sh** and was like ‘Don’t do that again’.” — Freedom, 22

He modified a dog shock collar so it would rest on his taint and asked me to shock him during sex. I said no, and during sex he starts going at it with more fury. Turns out he had put it on anyway and was shocking himself. — Alicia, 28

I had a guy who would roll his eyes in the back of his head. Think Bone Thugs N Harmony “Crossroads” video. Weirdest shit to ever look up to. So I kept my eyes closed because the sex itself was good. — Caroline, 29