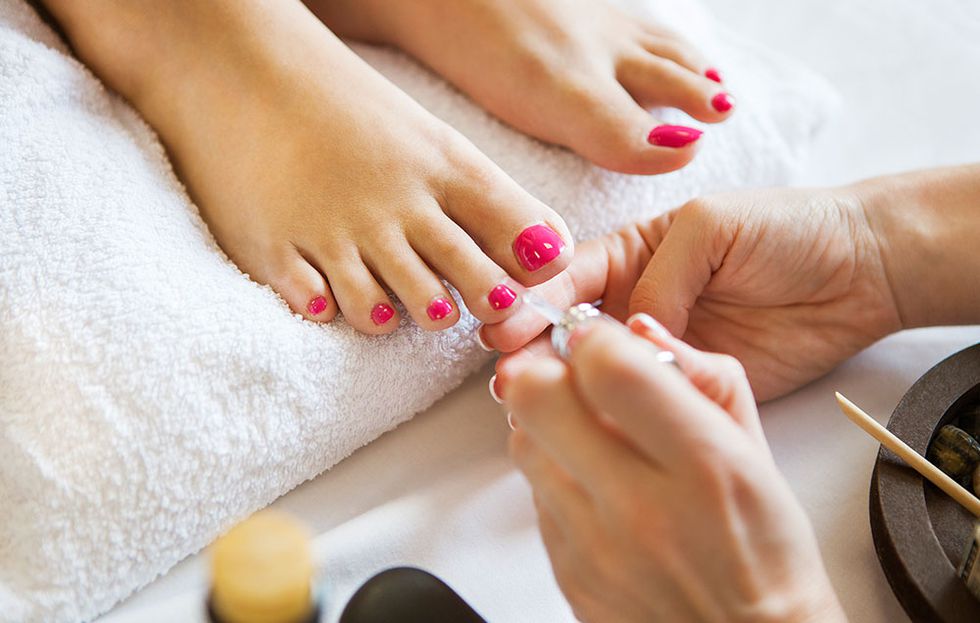 A US woman has spent nearly a week in the hospital with a foot infection that she says she got from a local spa.

Jennifer White told RTV6 that she got a pedicure two weeks ago at Nails and Lounge in Noblesville, Indiana. She says her foot started swelling and turning purple in the two days after her treatment. She eventually went to the ER, where she says she was diagnosed with a severe infection.

“I was worried I could possibly lose my toe. I could lose my foot,” Jennifer said. “I’m out of work … all for that 35 minutes of getting a pedicure.” She’s been there for nearly a week.

Jennifer says that doctors told her that she probably got a small incision when her foot was being scraped during her pedicure, and that allowed an infection to get into her foot.

“I’m still here and they’re saying it’s due to the fact that I went to the nail salon… unclean, unsanitary, and it’s made the infection settle in my foot,” she said. She didn’t say what kind of infection she has.

Nails and Lounge’s manager told RTV6 that they didn’t use a razor, which is prohibited under Indiana Administrative Code to be used in spas to shave or remove calluses or corns.

The manager also said they bleach the pedicure tubs after use, but have ordered plastic liners for each tub after Jennifer’s experience. She denied that her salon caused the infection but said the salon is open to helping to pay Jennifer’s medical bills.

Nails and Lounge hasn’t responded to Womenshealthmag.com’s request for comment.

This isn’t the first time someone has gotten a serious foot infection from a pedicure. In 2016, a woman in Arkansas contracted cellulitis, a bacterial infection, in her leg after she was cut during a pedicure, per KATV7.

To lower the chance of this happening to you, the Cleveland Clinic recommends visiting the salon in advance and, while you’re in the waiting room, make sure they disinfect their bowls between use and bring out new instruments for customers. They also suggest asking if they use a cleaning process caused autoclaving, which is how hospitals sterilise surgical tools.

If you have an open wound or cut on your foot or legs, it’s best to take a pass on a pedicure until you heal (bacteria can enter your body this way), the Cleveland Clinic says.

The Mayo Clinic also recommends sticking to salons that display a current state license, and working with technicians also licensed by the state board.

Of course, it’s possible to follow every safety precaution and still get an infection, but this should dramatically lower your risk.