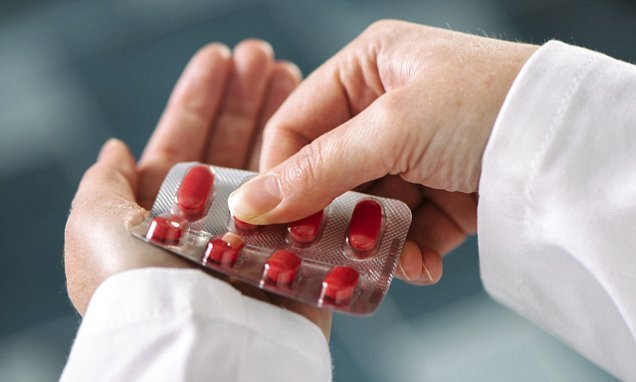 Why ARE doctors still doling out antibiotics that have left thousands in crippling pain?

Most of us take antibiotics, grateful for a reliable cure, with little thought for the potential side-effects.

But concerns are mounting about adverse reactions caused by a group of widely prescribed antibiotics called quinolones and fluoroquinolones. In some people, even a short course of the pills can cause long-term, even permanent damage including tendon rupture, joint problems and nerve pain.

Last month, patients affected testified to the regulator, the European Medicines Agency (EMA), in a public hearing held in London as part of a review by the safety committee. 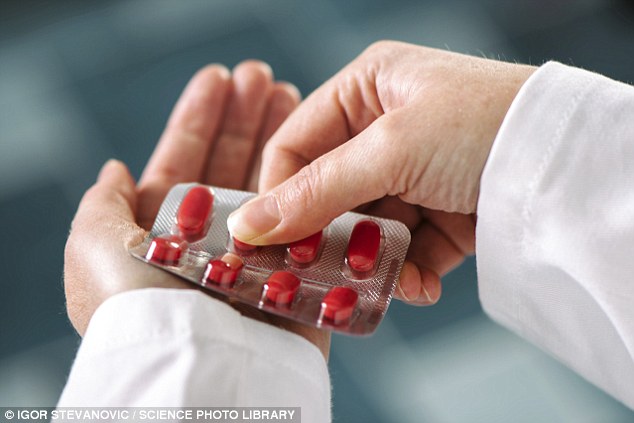 This was only the second-ever held by the EMA (the first was into the epilepsy drug valproate, which can cause birth defects in pregnant women). It is being viewed as a sign that long-standing concerns about these antibiotics are finally being taken seriously.

Quinolones and fluoroquinolones are broad-spectrum antibiotics: fluoroquinolones are the newer drugs and more frequently prescribed. They work against a number of bacteria including salmonella and E.coli, and are commonly used to treat recurrent urinary tract infections (UTIs), prostatitis — inflammation of the prostate — and serious lung infections.

Ciprofloxacin, a fluoroquinolone, is the most prescribed of the group; others include levofloxacin, moxifloxacin, and norfloxacin. In 2017 more than 675,000 quinolones and fluoroquinolones were dispensed by GPs and other practitioners in England alone, and about the same amount again in hospitals, according to estimates.

The latest warning issued two weeks ago by the U.S. drugs regulator, the Food and Drug Administration (FDA), highlighted a risk of brain-related side-effects such as memory impairment, delirium, agitation and disorientation.

It’s thought that because fluoroquinolones act on mitochondria — powerhouses in cells responsible for energy — the effects can be felt all over the body. Laboratory research also suggests the drugs can provoke a reaction specifically in tendon cells, leading to the production of enzymes that ‘degrade’ the tendon, causing it to break down prematurely. 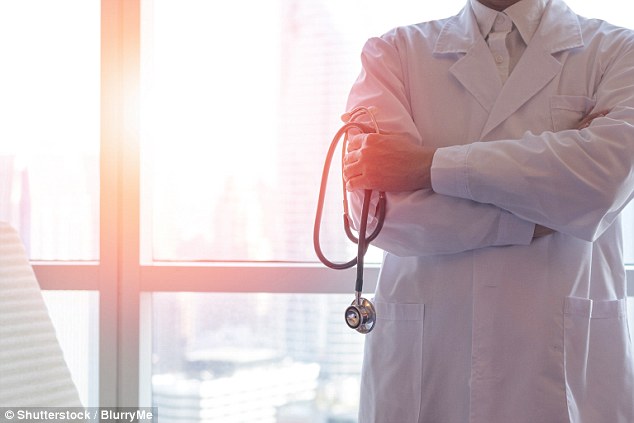 But so far, the UK’s drug safety watchdog, the Medicines and Healthcare products Regulatory Agency (MHRA) has remained silent. This is despite 10,838 adverse reactions and 107 deaths reported for ciprofloxacin alone in the UK between 1990 and 2018.

Campaigners are frustrated by this apparent inertia — and claim patients are being prescribed fluoroquinolones for minor infections when other antibiotics are available, and that patients are not warned about side-effects.

Around 100 patients have joined the group Quinolone Toxicity Support UK complaining of ongoing, painful and disabling problems with tendons, muscles and nerve pain. But numbers could be higher, experts say.

‘Side-effects are grossly under-reported,’ says Neal Millar, a consultant orthopaedic surgeon and lecturer in immunology at the University of Glasgow, who gave evidence at last month’s hearing.

‘The complication rate — including tendon rupture, tendonitis, nerve pain and joint problems — is reported as between 1 and 3 per cent, based on official reports. But, in my experience, it’s closer to 10 to 15 per cent.

‘Hundreds of thousands could be affected and the majority will not have connected their symptoms with taking a fluoroquinolone, and of those that have realised, the majority struggle to make doctors believe them.

‘It shocks me how medical professionals dismiss these patients,’ he told Good Health. ‘The FDA has issued five warnings in ten years — why are we only just having this hearing in Europe?’

Mr Millar says one of the problems is that the side-effects can take weeks to appear, so most people don’t make the link. 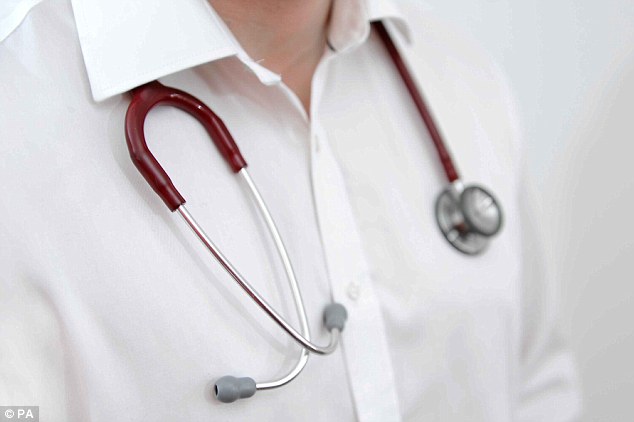 Around 100 patients have joined the group Quinolone Toxicity Support UK complaining of ongoing, painful and disabling problems, but numbers could be higher, experts say

Lyn How, 68, one of the patients who gave testimonies to the EMA, was prescribed ciprofloxacin by her GP before travelling on holiday to India.

During the trip, she developed a painful urinary tract infection (UTI) and took the tablets, which ‘worked brilliantly’. The next day though, Lyn developed intense pain in her feet. ‘I felt as though I’d been shot in my right foot — it was excruciating,’ says Lyn, a former events organiser, who lives in Hayling Island, Hampshire with husband Nick, 68, a retired chartered surveyor.

‘We were flying home the next day and I had to get a wheelchair to take me through the airport, ’ she adds.

Back home, Lyn read the information leaflet and noted tendon problems were a known side-effect, especially if you already had a tendon issue. ‘I’d previously complained of tendon pain in my feet and my GP admitted he shouldn’t have prescribed this antibiotic,’ she says.

He referred Lyn for scans that confirmed one of the tendons on her right foot had ruptured and another was in danger of rupturing. ‘The orthopaedic surgeon said it might have been caused by ciprofloxacin,’ says Lyn.

‘He suggested I try physiotherapy, but it was extremely painful.’

Lyn’s symptoms intensified and, barely able to walk, she eventually had an operation on her tendon in November 2012, eight months after her trip to India. But a year later she was still using crutches and in constant pain.

Lyn sued her GP on the grounds that guidelines advise ciprofloxacin should be used with caution in people over 60 or with tendon problems. She won an out-of-court settlement in 2015.

‘It wasn’t until 2016 that a rheumatologist diagnosed me with quinolone-associated musculoskeletal systemic toxicity,’ she says. ‘I’m much better than I was, but have been left with nerve damage in my legs and can’t walk far.’

Elizabeth Carmouche, 50, from Dumbarton, travelled from her home in Brussels, where she works as a translator, to give evidence at the EMA hearing. She was prescribed ciprofloxacin before a three-week holiday ‘in case I developed UTIs or traveller’s diarrhoea’, she says.

‘I took a tablet after developing cystitis and three weeks later, back home, I developed terrible pain in my bones, tendons and joints — it gradually spread all over my body. I struggled to walk up the stairs and my wrists were so painful I couldn’t even turn a door handle.

‘I researched my symptoms online and ciprofloxacin kept cropping up, so I told my GP I thought my symptoms were connected. She dismissed my concerns and said I had rheumatism.

‘Between May and September 2016, I saw three specialists — a rheumatologist, an orthopaedic consultant and a neurologist, but not one of them acknowledged ciprofloxacin may be to blame.

‘They tested me for Lyme disease and lupus [an auto-immune disorder] but all tests were negative. I tried physiotherapy, but it made it worse.’

This is a common problem, says Mr Millar — it’s important patients see a physiotherapist who specialises in tendon problems as some techniques ‘load the tendons too much’, exacerbating the problem.

‘It was only when I found Mr Millar’s research on tendon problems and contacted him that I got some acknowledgement of what was wrong,’ says Elizabeth. ‘It was such a relief to be believed.’

Two years on, she still has painful joints and has to work from home three days a week as driving puts strain on her knees.

Campaigners are quick to highlight that this is not a historic problem and people are still being ‘floxed’ — as they call it.

Stacey Rodger, a council waste manager, who lives with her two young children in Wyton, Cambridgeshire, was prescribed ciprofloxacin 15 months ago for a kidney infection.

‘I’m very cautious about my health because I suffer from fibromyalgia,’ says Stacey.

‘When I read the leaflet and noticed the warning about tendon problems I rang an out-of-hours doctor to ask for an alternative. I was told not to be ridiculous and that if we all read the side-effects, no one would take any drugs.

‘It was a Bank Holiday and I was in severe pain so I reluctantly took the antibiotics. After the third dose, I noticed bad pain in my legs and a sensation that felt like popcorn popping under my skin.’

Stacey is still in severe pain and has spent more than £2,000 seeing osteopaths and chiropractors. ‘I’m better than I was, but I still have a long way to go,’ she says.

Mr Millar says patients with ongoing symptoms should ask their GP for a referral to a rheumatologist, specialist tendon physiotherapist or orthopaedic surgeon. He hopes the EMA’s review will recommend the restriction of prescriptions for fluoroquinolones.

‘These drugs should be prescribed only by specialists for patients with no alternative,’ he says. ‘Patients also need to be warned about side-effects.’

An MHRA spokesperson said: ‘The safety of fluoroquinolones is currently being assessed as part of an EU-wide review, co-ordinated via the EMA. As with any EU medicines safety review, MHRA is participating fully.

‘It is important that people take their medicines as prescribed and if they have any questions to discuss them with their doctor.’

Bayer, which manufactures Ciproxin (ciprofloxacin) and Avelox (moxifloxacin) said it welcomes the investigation into quinolones and fluoroquinolones, adding: ‘Bayer has been in continuous scientific dialogue with health authorities and medical communities to ensure that safety information is up to date.’