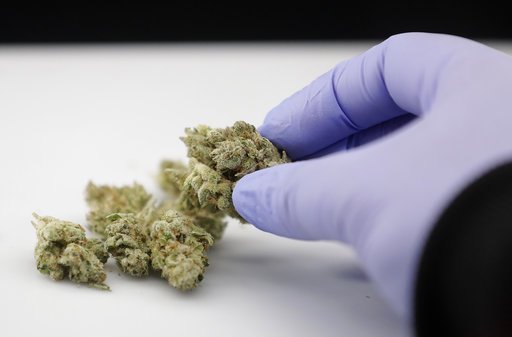 A $500,000 state-funded study, designed to gauge marijuana’s impact on pain, has been delayed so many times due to federal regulations that it might not be ready before Utah voters decide in November whether to pass a medical marijuana ballot initiative.

Ivy Estabrooke, executive director of the Utah Science Technology and Research, told the Deseret News it took nearly a year and a half for researchers to jump through the legal hoops necessary to begin the study this summer.

Even if the study’s findings are too late to influence voters, it can still help the state going forward, Estabrooke said.

If Utah voters approve medical marijuana, the findings “will provide insight into efficacy, and that will help individuals and doctors decide whether to use it,” she said.

The study aims to examine how cannabis affects people who suffer from chronic pain. Subjects will receive chocolate pudding laced with different combinations of THC, marijuana’s key psychoactive compound, and CBD, its non-psychoactive ingredient, as well as a placebo.

“We’ll have a better informed idea of whether it’s truly helping with pain,” Estabrooke said.

Marijuana is legal in some form in more than 30 states and the District of Columbia, but it remains illegal at the federal level.

Despite increasing acceptance, there is little rigorous research on the benefits and harms of marijuana. Last year, a government-commissioned group concluded the lack of scientific information about marijuana and CBD poses a risk to public health.

The ballot initiative before Utah voters in November would create a regulatory system for growing and distributing marijuana products to people with certain medical conditions. The law would not allow people to smoke marijuana but instead limit them to topical, edible and oil products.

Opponents of the initiative, including Republican Gov. Gary Herbert, say there has not been enough reliable research into the treatment’s benefits and side effects.

Supporters have dismissed those concerns.