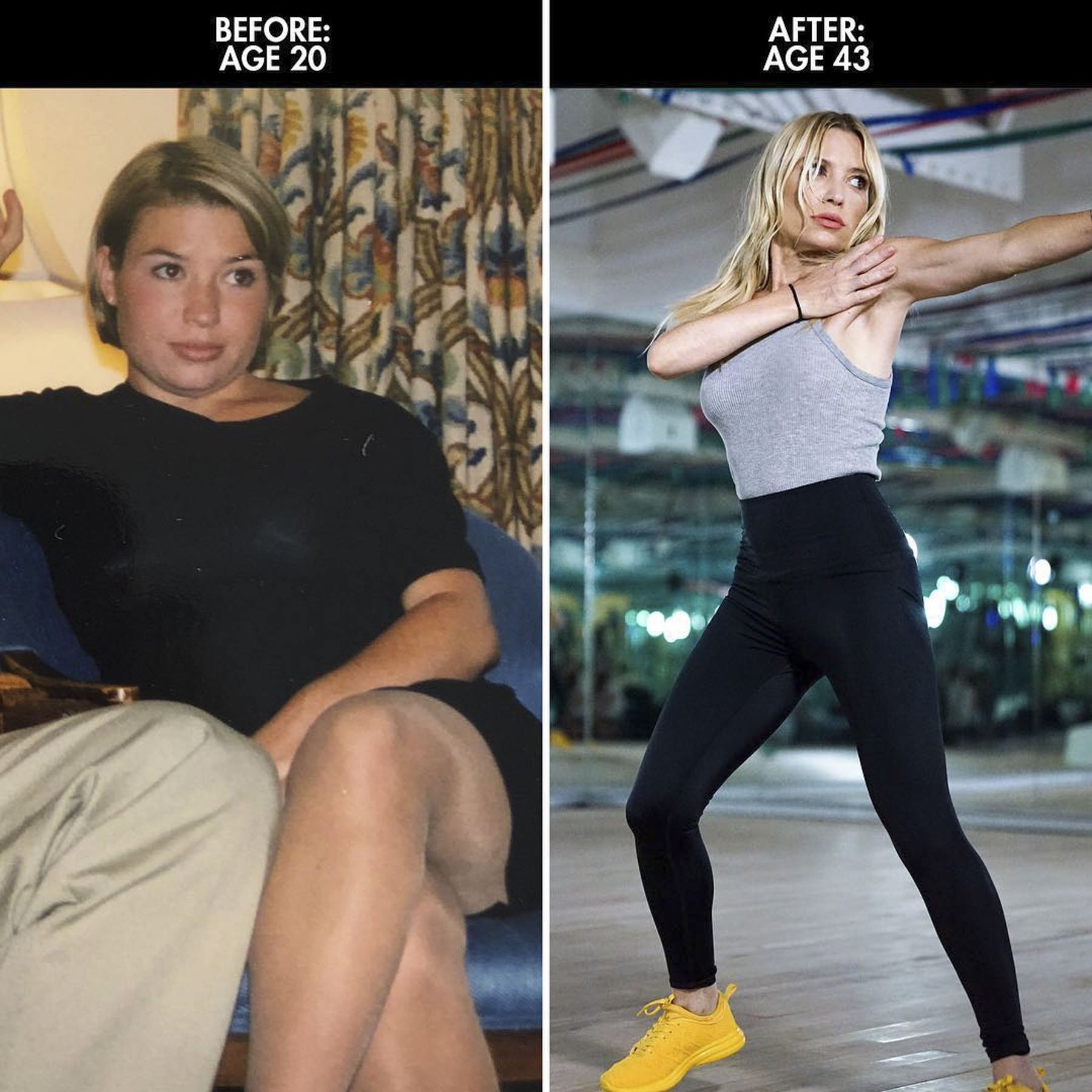 Tracy Anderson’s clients aren’t the only ones with before-and-after photos of their weight loss results — the trainer had a body transformation of her own after college.

Anderson, 43, shared side-by-side photos on Thursday comparing her trim figure now to her body at 20 years old when she had gained weight in college, which wasn’t ideal for someone on a dance scholarship.

The owner of Tracy Anderson Method — which counts Gwyneth Paltrow, Tracee Ellis Ross and others as fans — talked about how her program changed her life.

“One of the reasons I have focused so deeply on the strategy of my method is because of the way that hard work has paid off for me personally,” she captioned the photo. “Everyone’s before and after is unique and I believe the most empowering gifts can’t even be seen by the naked eye.”

Anderson has previously said that the other dancers in her program gave her bad advice about losing the weight, which forced her to figure it out on her own.

“There wasn’t anything that they could tell me to fix myself, other than to starve myself or do drugs,” she told Cosmopolitan in 2015, adding that she had gained about 40 lbs. Instead, Anderson told herself, “You need to eat three meals a day,” and she decided to stay away from meal suppressants. “We’re just more complex than that.”

She also said began to succeed when she stopped comparing herself to others.

“When I was 20, I was like, ‘Why can’t I have my roommate’s body?’ She could eat pints of ice cream and she had a naturally high running metabolism — she was lucky,” Anderson said.