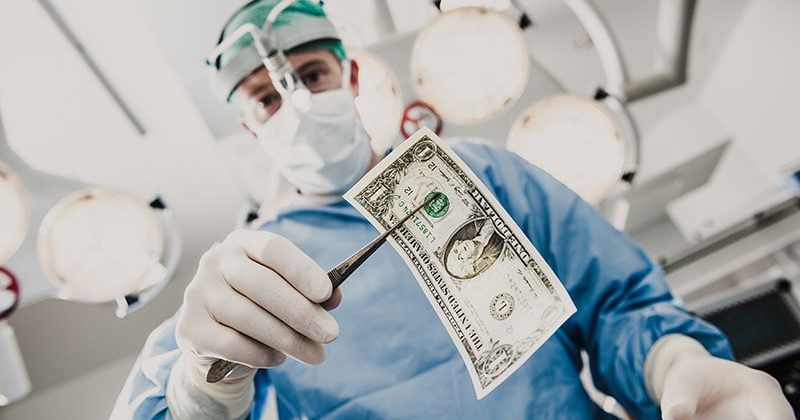 Financial relationships between physicians and pharmaceutical and medical device companies are common, but a study published on October 19 in JAMA found that these partnerships frequently begin just months after physicians graduate from residency and fellowship programs.

The retrospective analysis was conducted by researchers from the Johns Hopkins School of Medicine and the Accreditation Council for Graduate Medical Education.

Using data from the Open Payments program, the investigators examined industry payments issued between July 2015 and June 2021 that were made to neurosurgery and orthopedic surgery physicians who had graduated from residency or fellowship programs between January 2015 and December 2019. Internal medicine graduates were used as a comparison group. Researchers reviewed payments to more than 45,000 new doctors.

Within the first 2 years of independent practice, 95% of orthopedic surgeons and 92% of neurosurgeons accepted general payments, compared to 59% of new internal medicine physicians.

Graduates of surgical specialty programs accepted higher general payments than those in internal medicine. Across the three specialties, newly independent male physicians were more likely to receive larger payments than their female counterparts — a finding consistent with previous research on gender gaps in industry payments.

Nearly one quarter of new orthopedic surgeons and 15% of new neurosurgeons collected yearly payments of $5000 or more within the first 2 years of independent practice, a dollar amount the US Department of Health and Human Services considers a “significant conflict of interest,” the authors note. Just 3% of internal medicine graduates did the same.

“The financial relationship…began to develop in the first year after graduation from training programs and continued to expand in the [first 6] years of independent physician practice…indicating the continual development of financial relationships and significant financial conflicts of interest,” the researchers note.

Companies may therefore be motivated to establish ties with physicians as early as possible.

Industry Payments Are Nothing New

Physician-industry financial relationships are not new, but the creation of the publicly available Open Payments program database in 2013 improved transparency and sparked additional scrutiny and concern.

“The main concern raised by the study is that use of a particular device or treatment is driven by these financial relationships rather than what’s best for the patient,” says Whaley. “In such a case, higher-priced or even unnecessary procedures or treatments could be used, increasing costs and potentially harming patient health.”

While the researchers did not investigate why male and surgical specialty physicians received higher payments during the initial years of independent practice, the authors note that these groups have historically benefited the most from industry relationships as their careers advance. New physicians may simply be mirroring the behavior of more established colleagues.

And with young physicians typically earning about 15% less than their experienced peers, the educational debt from pursuing a surgical specialization may prompt them to seek out supplemental compensation and, when approached, be “more inclined to accept non-research or non-investment general payments,” say the authors of the study.

Steph Weber is a Midwest-based freelance journalist specializing in healthcare and law.