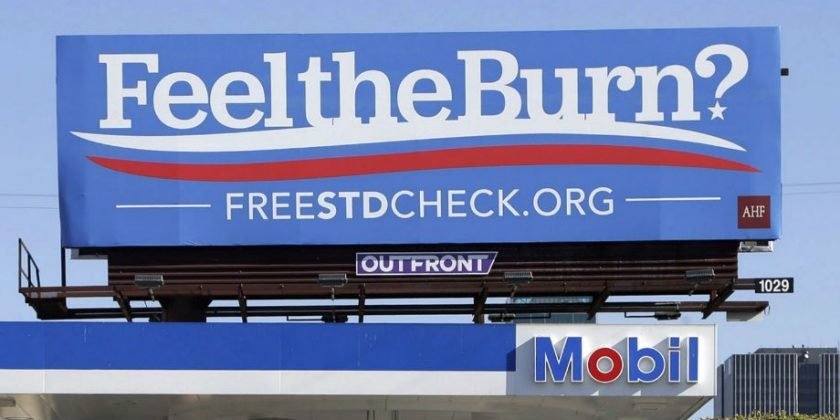 Relaxed attitudes about HIV and the decline of condom usage are primary culprits in the explosion of STD numbers.

The CDC announced today that STD rates continue to surge for the fourth year in a row. In fact, the number of Americans afflicted with chlamydia, gonorrhea, and syphilis has reached record highs, and the situation is poised to get much worse.

Ceftriaxone is the only antibiotic left in the world that is known to have any effect on gonorrhea. Per CNN, there have already been five confirmed cases of a ceftriaxone-resistant version of the STD. More than 555,000 Americans contract gonorrhea annually, and all of them could face life-altering problems such as infertility and pelvic inflammatory disease if antibiotics stop working.

In 2017, almost 2.3 million Americans contracted a new STD. That’s an increase of almost 10 percent since 2016. HuffPost reported that David Harvey, speaking on behalf of the National Coalition of STD Directors (NCSD), made it clear the federal government needs to get involved.

“It is time that President Trump and Secretary Azar declare STDs in America a public health crisis. What goes along with that is emergency access to public health funding to make a dent in these STD rates and to bring these rates down and to ensure that all Americans get access to the health care that they need.”

The NCSD indicated that federal STD funding has been cut by 40 percent during the past 15 years. The group estimates that it would take at least $70 million more per year to begin to launch an effective fight against the threat of continual STD growth.

Budget cuts have had a big impact on medical staff trained to address STDs. On Twitter, the STD Journal showed that there are now 65 percent fewer clinicians available to treat STDs, along with a 48 percent reduction in Disease Intervention Specialists.

According to NBC News, condom usage has declined by at least 15 percent nationwide, and this is another primary culprit in the explosion of STD numbers. Some experts blame this on relaxed attitudes about HIV.

It’s interesting to note that most of the new STD cases affect people between the ages of 15 and 24, which makes them more likely to be exposed to abstinence-only campaigns. The federal government has greatly increased spending for these programs, although most of them don’t mention condoms or any other form of birth control as an alternative option. The government has also decreased spending on other types of teen pregnancy prevention programs, writes Forbes.

A lack of education can lead to high rates of teenage pregnancy, as evidenced by Mississippi, which uses an abstinence-only approach and has the highest amount of underage pregnancies in the country, per U.S. News. When you combine this with a lack of funding to fight against STDs, it’s no surprise that 2017 was a record-breaking year for sexually transmitted diseases.