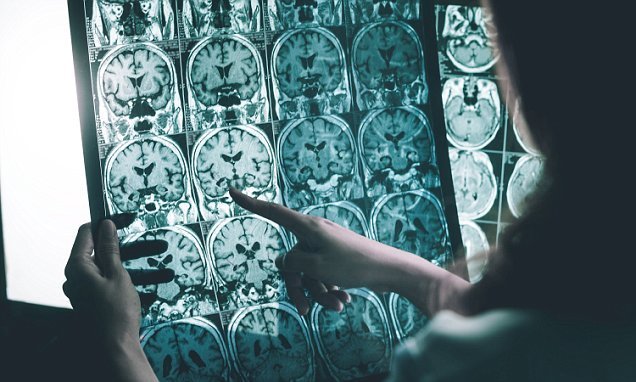 Sticking brain cells together with a glue-like substance could boost memory and protect against Alzheimer’s, scientists hope.

Tests on mice with a newly created molecule suggests the out-of-the-box concept works. But trials have yet to take place on humans.

Neuroscientists have branded the idea ‘clever’, as they work round-the-clock to unearth new ways of protecting against Alzheimer’s.

Estimates suggest 500,000 patients in the UK and 5.5 million in the US are battling the most common form of dementia.

Currently there is no cure. But drugs can slow down its progression and the earlier it is spotted, the more effective treatment is. 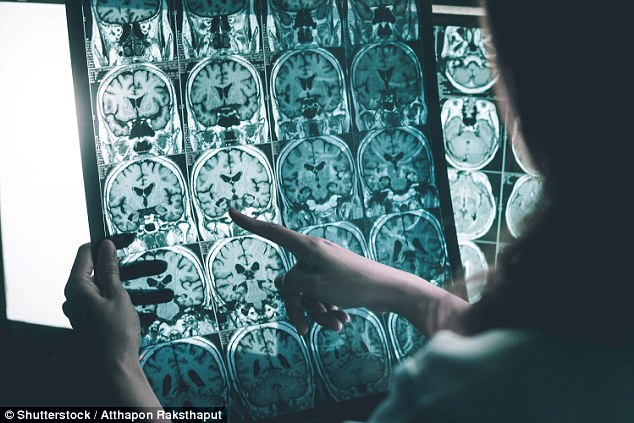 Estimates suggest 500,000 patients in the UK and 5.5 million in the US are battling the most common form of dementia

German researchers tested the new molecule, in hope of uncovering a new way of stopping brain cells from being detached from each other.

Their promising results were unveiled at a conference in Berlin last month, attended by some of Europe’s leading neuroscientists.

Professor John Aggleton, a neuroscientist at Cardiff University, told NewScientist: ‘It is very clever and has a natural logic to it.’

But he warned promising results on mice are rarely replicated in humans, when it comes to trialing drugs and treatments.

Researchers at the German Center for Neurodegenerative Diseases in Magdeburg trialled CPTX on mice engineered to have similar symptoms to Alzheimer’s.

Rodents that received the chemical performed better on memory tests – such as having to recognise a new object, according to the team of scientists.

Brain scans of the mice confirmed their theory, as mice given CPTX had 30 per cent more synapses than those who weren’t.

He told NewScientist: ‘The idea is you don’t allow the synapses to go away. We don’t let two neurons detach from each other completely.’

But she said it’s ‘a whole other question’ as to whether the idea could slow down cognitive ageing, she told the publication’s Clare Wilson.

The study comes after research yesterday revealed sleeping pills taken by hundreds of thousands of patients may boost the risk of Alzheimer’s.

Finnish researchers found the risk of developing the memory-robbing disorder is higher for patients taking benzodiazepines and Z-drugs.

And the huge analysis showed a higher risk for those on stronger medications, and for those who have taken the drugs for longer than recommended.