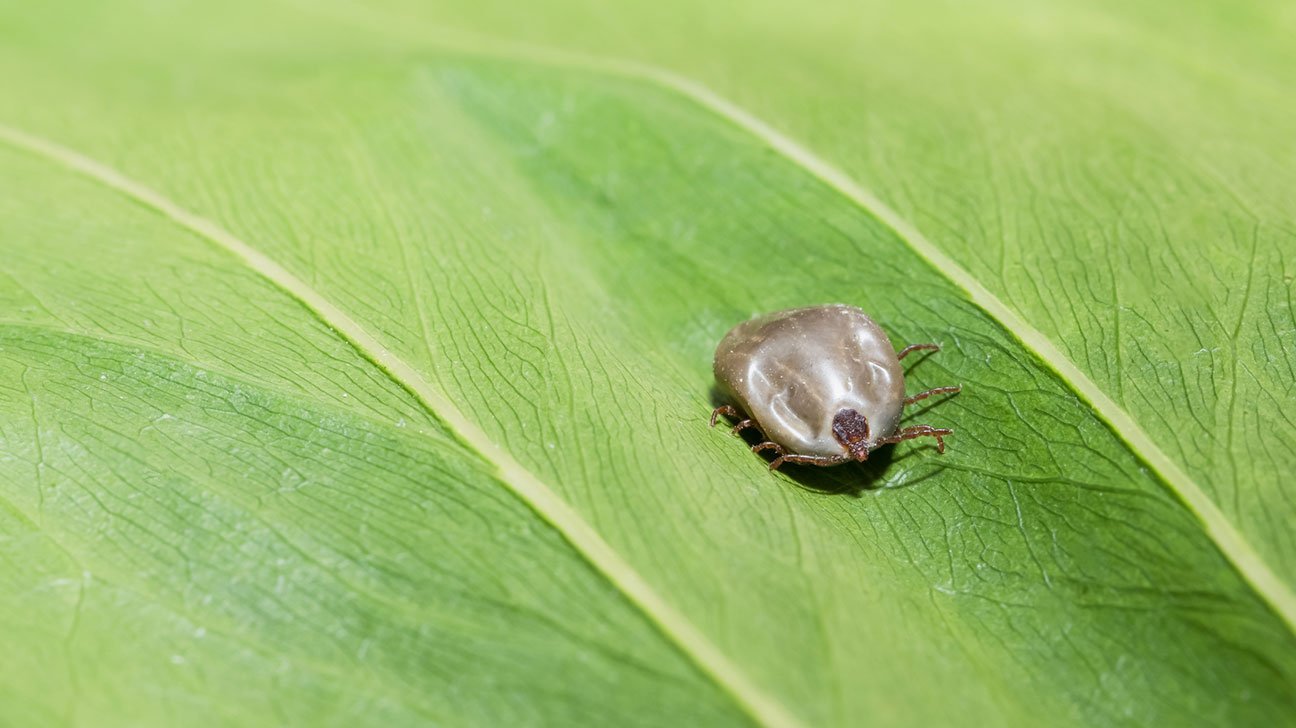 The longhorned tick doesn’t transmit any human pathogens such as Lyme disease yet, but experts say that could change as the species establishes itself in the United States.

Has Haemaphysalis longicornis paid a visit to your town yet?

The tick, better known as the longhorned tick or Asian tick, is native to parts of Asia as well as some Pacific islands, including Hawaii.

But in recent years, it’s been making inroads into the continental United States, primarily along the Eastern Seaboard.

While the species isn’t known to carry any human diseases, public health officials are seeking more information in order to contain the spread of this invasive species.

“As the tick is found in more and more states, I have seen some make the assumption that it must be spreading extremely fast, but far more likely is that it spread some time ago and is only being noticed now that people are looking,” she said.

“We know, for example, after reexamining historical specimens that a specimen was collected in 2010 in West Virginia, and another in 2013 in New Jersey,” Egizi added. “So clearly it has had time to spread before now.”

In the age of international trade, it’s easier than ever for invasive species to arrive — and thrive — in areas far from their typical habitat.

“We know the longhorned tick was detected on imported horses quarantined by Animal and Plant Health Inspection Service inspectors several times over the course of 30 years, indicating this species was continually getting reintroduced to the United States,” explained Andrew D. Haddow, PhD, from the Department of Virology of the United States Army Medical Research Institute of Infectious Diseases.

“However, at this time it’s really difficult to determine when this species first established populations in the United States.”

Risks could be significant

North American ticks, such as the eastern and western blacklegged ticks, are responsible for a host of pathogens that can infect humans.

These include Lyme disease, Rocky Mountain spotted fever, and ehrlichiosis.

“Ticks and pathogens tend to have pretty specific relationships, so we don’t know yet if this new species will be able to transmit our local pathogens, like the Lyme bacterium, but that is the primary concern in terms of human health in the U.S.,” said Egizi.

“There are several reasons the longhorned tick will likely turn out to be a serious problem in the United States,” Haddow told Healthline.

Even if the longhorned tick doesn’t yet pose any known risks to humans in North America, it’s already a serious problem for livestock owners.

“Longhorned ticks are a serious pest of cattle, sheep, and other hoofed animals such as deer,” said Haddow. “In these animals, high tick burdens can cause allergic reactions, reduced milk production, weight loss, and in some cases, exsanguination (blood loss causing death).”

“In other parts of the world, it can transmit diseases such as cattle theileriosis, but even in the absence of disease agents, these ticks can weaken animals just by the sheer number of ticks multiplying and feeding on them,” explained Egizi.

Getting the word out

Haddow points out that government agencies, along with state health departments and universities, have been doing a good job of getting information out to the public regarding the longhorned tick.

He recommends visiting the Centers for Disease Control and Prevention (CDC) website, where up-to-date information can be found on ticks.

“The longhorned tick was in the United States for years, possibly decades or longer, before it was first detected,” he said.

“During this time, it was able to silently establish populations and spread to multiple states while flying under the radar. While surveillance programs require continuous year-after-year funding to achieve success, they likely save money in the long run by detecting invasive species early enough to prevent long-term economic and/or public health impacts.”

Egizi says the general public is a great source of information for experts studying the spread of the longhorned tick.

“A really important step being undertaken by entomologists, public health, and animal health experts is trying to understand the full extent of its distribution in the U.S., as well as its host range,” she said. “The public can be a really great source of information in this respect.”

To that end, she notes that in New Jersey — a hot spot for longhorned ticks — there are drop-off boxes in each county for people to submit potential tick specimens for analysis by experts, along with a telephone hotline (833-NEW-TICK).

When identifying tick species, it’s important to note that longhorned ticks are uniformly brown with no white markings, unlike most of their North American counterparts.

When it comes to keeping clear of longhorned ticks, apply the same advice as for avoiding any tick species.

These include avoiding tall grass as well as checking yourself and your animals for ticks.

“Everyone should get in the habit of checking for ticks on themselves, their children, and the elderly when returning from the outdoors, as early and safe tick removal is key to reducing the risk of infection,” said Haddow.