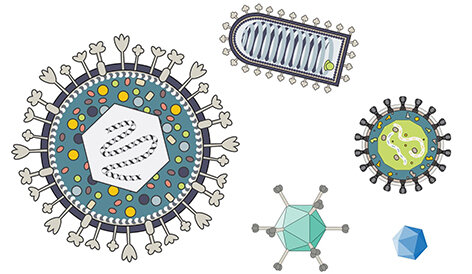 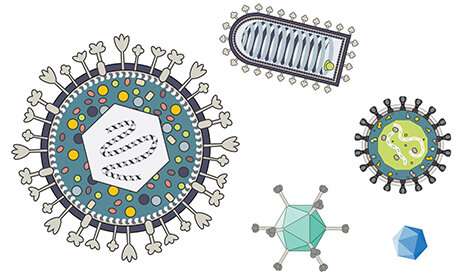 Researchers from the newly-established Center for Neural Circuit Mapping at the University of California, Irvine School of Medicine evaluate the properties of anterograde and retrograde viral tracers, comparing their strengths and limitations for use in neural circuit mapping. Results were published today as a primer in Neuron.

The article provides a comprehensive comparison of anterograde and retrograde viral and non-viral tracers for neural circuit analysis and describe neural circuit tracing history and background. It also examines the specific viruses used for neuroscience research, and provides essential information to guide other researchers on their choice of viral tracers.

“A central goal of modern neuroscience research is to understand the cell-type specific connections between different regions of the brain and the detailed circuit organization within them,” said lead author Xiangmin Xu, Ph.D., professor of anatomy and neurobiology, and director of the new Center for Neural Circuit Mapping. “Our primer evaluates currently applied anterograde and retrograde viral tracers and provides practical guidance on experimental uses, along with key technical and conceptual considerations for developing new safer and more effective anterograde trans-synaptic viral vectors for neural circuit analysis in multiple species.”

Naturally occurring viruses have been used for neural circuit tracing for decades by exploiting the natural properties of viral propagation and transmission. Genetic modifications of such viruses have led to many improvements for neuroscience applications. In addition to anatomical mapping, genetically modified viral tracers have greatly facilitated functional studies of cell-type specific and circuit-specific neural networks in the brain.

Xu, along with other UCI School of Medicine investigators involved in the primer, including Rozanne Sandri-Goldin, Ph.D., chancellor’s professor and chair of microbiology and molecular genetics, Todd Holmes, Ph.D., professor and vice chair of physiology and biophysics, and Bert Semler, Ph.D., distinguished professor of microbiology and molecular genetics and director for the UCI Center for Virus Research, recently launched the Center for Neural Circuit Mapping (CNCM) at the UCI School of Medicine. The CNCM focuses on neural circuit studies and new viral-genetic technology development. A critical component of the new center is the creation of a viral production facility to disseminate new molecular tools to the worldwide neuroscience community.