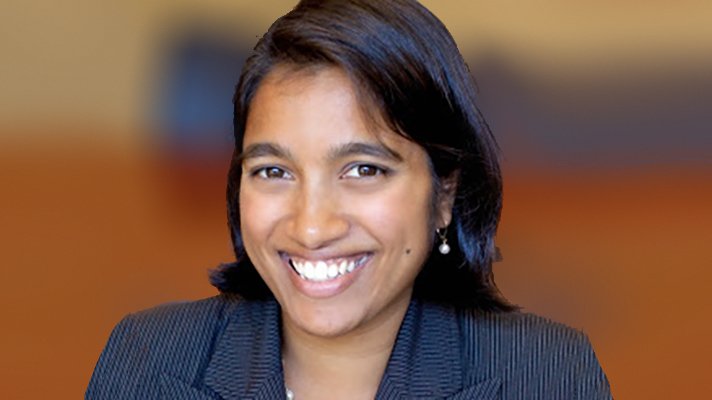 Asha Strazzero-Wild took a circuitous route to get to her current position as director of Growth Operations for RxRevu, a company that uses technology embedded in the EHR to help prescribers with drug decisions.

But growing up in Amherst, Massachusetts, to parents who came of age in the 1960s, Strazzero-Wild says she has always known she wanted to be involved in community service.

“I was definitely raised to do what I can to make the world a better place,” she said. The best way to do this, she found, was to get at the root causes of health issues, which are not strictly medical but can also be socially determined.

Strazzero-Wild’s optimistic determination led her after college to become a national director for Health Leads, an organization that connects patients to community resources for food, shelter, transportation and health benefits. She lived in Boston, working with 15 universities, 23 clinics and 1,500 volunteers.

“One of the things I took away from it was how hard it was for physicians to log information into the EHR,” she said. “A doctor said, ‘If you really want to change things, check out the Advisory Board, they’re doing some cool stuff.’”

She did, and became a product manager for the Advisory Board, where she stayed until April when she made the switch to RxRevu. At the Advisory Board, Strazzero-Wild got involved in patient access technology and learned that understanding how that worked first required a knowledge of the hospital infrastructure.

She became steeped in that technology while at the Advisory Board.  At RxRevu, she has combined IT with strategic decision-making.

“My passion now is the patient financial experience: How do we understand that and make it better for the patient?” she said. “That has gotten down to the root of cost transparency. What brought me to RxRevu is how prescriptions are not part of the conversation.”

Being a woman in health IT never struck her as a challenge until she and her husband Barri Jacque, a professor at Tufts Medical School, had their first child.

They share parenting duties, and at work she sees many of the men with families doing the same. Most are married to women in high-profile positions such as physicians or top financial executives, she said.

Strazzero-Wild started her circuitous journey in ninth grade by insisting, against her parents’ advice, on enrolling in an all-women’s college.

“I really like the motto: ‘Women leading leading women.’ That’s a cool notion about women leading change,” she said.

Strazzero-Wild majored in pre-med at Mount Holyoke in Massachusetts. She got involved in Creating Awareness and Unity for Social Equality or CAUSE, and became co-chair. As a senior getting ready to go to medical school, she started going to community service conferences around the country to talk about the work CAUSE was doing.

She was offered a teaching scholarship called Citizen Schools and managed a team of teachers in New York City and North Carolina targeting under-resourced communities. She helped set up after-school programs to give middle school students a safe place to go while their parents were still at work.

“Kids can’t learn if they’re hungry, exhausted, evicted from homes, they don’t have a computer, have strep, no money to buy a prescription,” she said. “I realized how important the social determinants were.”

She also learned that the right path for her did not include medical school. Rather, she realized, “Oh my gosh, I could get paid for doing community service work.”

Ultimately, Strazzero-Wild is working toward a future in which women in health IT, or any industry for that matter, become equal to male counterparts.

“Equity in the workplace starts at home,” she said.  “I hope that my son will think women in IT isn’t unusual or special.”