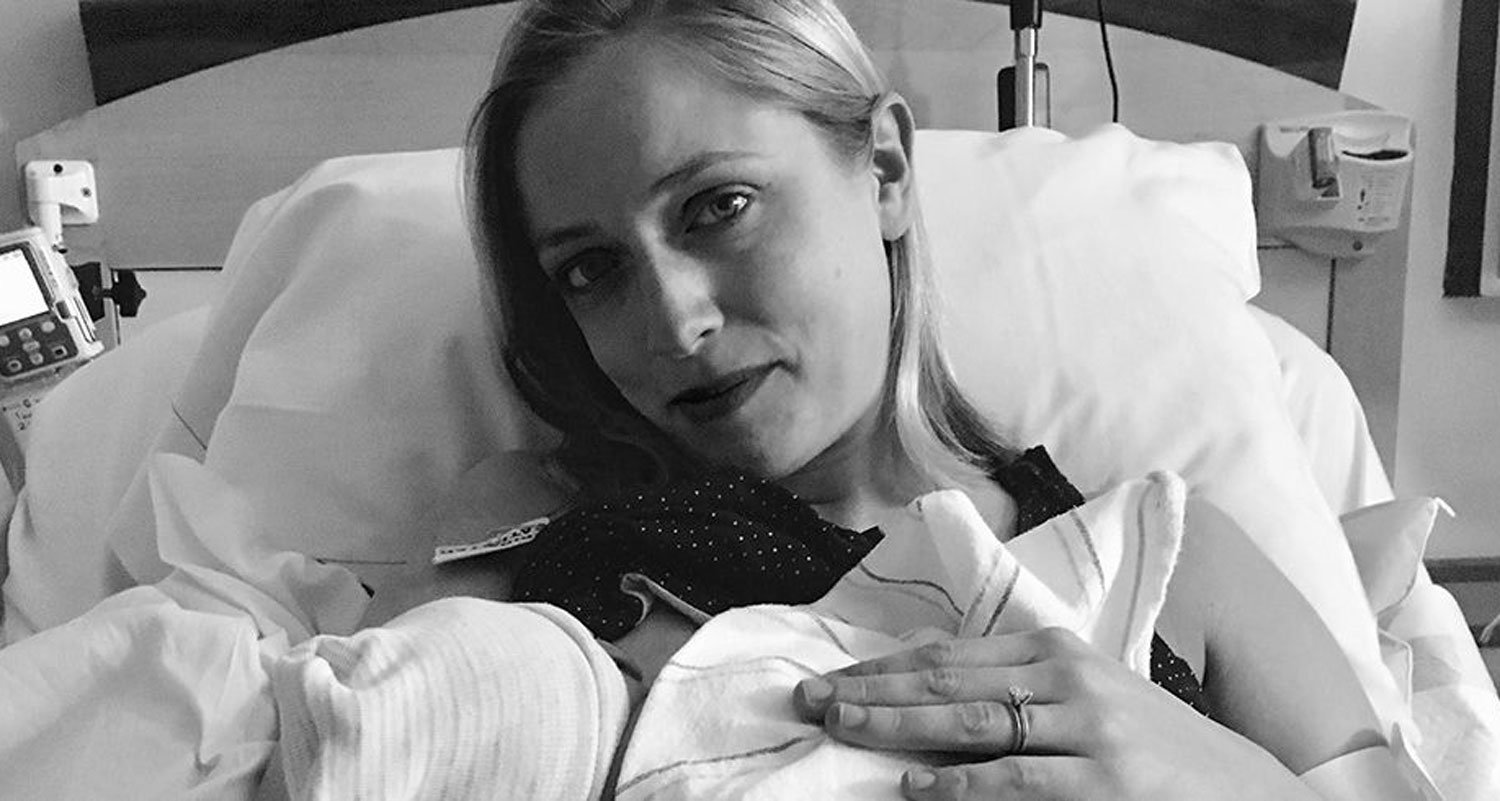 I used to think kegels were only done for the sake of stronger orgasms.

I’m not sure I’d ever truly done one—or at least done one properly—until last summer. By that point, I’d been peeing in my pants for oh, a good six months.

Something had to be done.

My beautiful baby girl is to blame for my current condition…well, at least the start of it. I’ll take responsibility for the lingering issues. When I gave birth to her in November 2016, I thought I’d prepared my body for her arrival.

I had a very uneventful pregnancy, with few physical complaints. I walked daily, and down-dogged my way through my second and third trimesters like a champ.

But when she dropped down into my birthing canal sometime around her due date, I felt a serious shift of pressure in my pelvis. I was full-on waddling everywhere for a week until I felt the first signs of labour.

I laboured at home for six hours, then headed to the hospital for another 20 hours of very. hard. work until I could cradle my girl in my arms. I had one small vaginal tear as well as some tissue the doctor had to “retrieve” from my uterus, but otherwise, I seemed fine. In fact, the doctor told me the very next day that, because I was healthy, I’d physically feel back to normal in a few days.

I couldn’t walk like a normal person for six weeks.

‘SOMETHING MUST BE WRONG…’

…I told the doctor at a follow-up appointment I made two weeks after birth. He did a quick exam, said I was healing, and advised me to start taking sitz baths (a warm shallow bath meant to ease pain and swelling down under). That was the first time I’d ever even heard of such a thing.

Despite my thrice-daily sitz baths, I couldn’t ignore the nagging pressure on my pelvis. Something as simple as a short walk around the block with my dog made me uncomfortable, not to mention the leaks when I’d cough, laugh hard at a joke, walk down a hill—even the sound of water would do it. It was like a slow faucet drip that refused to turn off. Not catastrophic, but a real nuisance.

I eased back into exercise and tried to wish the issue away. From the outside, I looked like the picture of perfect postpartum health. I even signed up for dance classes with new mom friends just six weeks after birth. Who cared that I could never do the jumps and always had to wear a pad? Life is full of trade-offs, right?

At my six-month postpartum appointment I confessed to another doctor in the practice, “Something is still wrong.” She replied with a story about how one time her sister was walking down the street a few months postpartum and peed all over herself. “Just give it time,” she promised.

This response didn’t sit right with me—or my pelvic floor. But I wanted so badly to believe her. While some very lucky women do heal over time (although, let’s be honest, are our vaginas ever really the same after pushing a human out of them?), I didn’t seem to be one of them. An estimated one in three women suffers from some type of pelvic floor disorder, including urinary incontinence, according to a study from Kaiser Permanente. So why did I know so little about it?

‘AS TIME PASSED AND NOTHING IMPROVED, I KNEW MY BODY DESERVED MORE.’

Dr. Google brought me to the words “pelvic floor therapy” and my most research-obsessed mom friend confirmed that this was a thing and I should check it out.

At my first appointment with my physical therapist, Ingrid Harm-Ernandes, my suspicions were confirmed. She asked me a litany of questions—rating my pain, describing my accidents—before doing a physical exam.

What started out like a pap smear (I was naked from the waist down; she was gloved) turned into a series of tests on the current state of my muscles inside my vagina. She asked me to cough to see if the muscles would contract like they should (lifting up against the downward pressure of a cough), and then she very slowly and carefully used a finger to press on each tight muscle until it loosened up. The tighter the muscle, the more uncomfortable it felt for me. But as she loosened each muscle—which usually took around 20 to 30 seconds—I felt better. Her diagnosis: stress incontinence (when physical movement causes leaks) and slight urge incontinence (when the urge to pee can’t be controlled).

“The pelvic floor is like a hammock—stretching from your pubic bone to your tailbone and side to side—that holds up your bladder, bowel, and uterus. Just like other muscles in your body, your pelvic floor muscles can get tight, weak, function poorly or can become painful,” says Harm-Ernandes. “In your case, they’re weak but also tight at the same time,” she told me.

So anytime my bladder was put under sudden pressure, my muscles were too tight to contract quickly and block off the flow of urine. But there was good news! If I did daily kegels and core exercises to build strength and visited her on a regular basis, I could recover.

It turns out you can’t just start doing kegels and cross your fingers. You need a professional to assess the damage and tailor a recovery program just for you. “A proper kegel is an isolated contraction of your pelvic floor muscles without using other muscles around the pelvic floor,” she says. “Think of it more as a drawing-up-and-in sensation than a squeeze.”

The first kegels I did properly took an enormous amount of concentration, but now I’m doing five daily sets of them. I do 10 long ones—drawing up and in for 10 seconds and then slowly releasing—as well as 10 one-second ones. I also do core exercises, which include alternating leg and arm raises, one-legged squats and a marching isolation exercise. And to be honest, for being a fairly disciplined person, I’ve had a tough time making this a priority. I’ve made excuses to myself about being too busy, I’ve set alarms on my phone as reminders. I have good days where I do them all, and others where I’m lucky if I do it once.

Every two to three weeks, I visit my therapist and we walk through what I’ve done, I promise to drink more water (not drinking enough actually irritates the bladder and makes it worse), and then we finish with an internal exam. In an experience that could easily feel invasive and uncomfortable, her professionalism and empathetic approach makes all the difference.

Any progress is better than none, and besides a few setbacks (turns out it’s hard to hold your pelvic floor when you’re full-body coughing with the flu), the leaks are less and less frequent, and the pressure is slowly lifting overall. My goal is to go for a run this summer—something I haven’t been able to do in two years!—and sign up for dance classes again by the fall.

To find a physical therapist that specializes in pelvic floor in your area, visit the American Physical Therapy Association’s Section on Women’s Health.