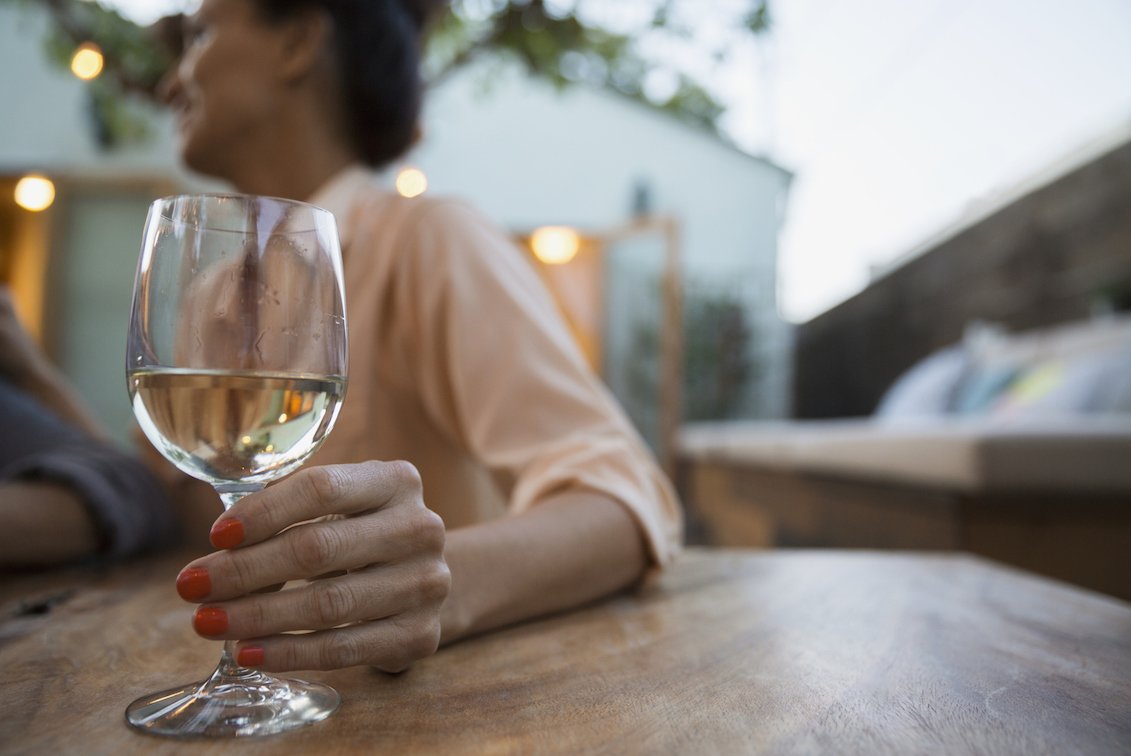 A glass of wine at the end of a workday. A cocktail before a social event. For 20 years, my drinking had been moderate. But maintaining moderation was a struggle. There were plenty of nights I’d promise myself I wouldn’t imbibe but end up indulging, or have four drinks instead of the planned one.

These behaviours are red flags for problem drinking, and they’re alarmingly common. Between 2002 and 2013, the number of women engaging in high-risk drinking (four or more in a night) rose by nearly 60 percent. The spike may be driven in part by the quest for gender equality: keeping up with men in politics, careers, and even alcohol consumption, says psychologist Sharon Wilsnack. That’s dangerous, since women are more vulnerable to alcohol-related health problems.

To protect my health and prove to myself that I didn’t need alcohol, I’ve made the past five Januaries dry ones. This year was especially tough. For the first two weeks, I felt deprived. Resentful. I craved negronis. Still, I pushed through, and as February arrived, something shifted. I had more energy. My skin glowed. By March I’d lost five pounds and begun to think of myself as a nondrinker.

In May, I launched an Instagram account, @betterwithoutbooze, to share nonalcoholic cocktail recipes; it picked up 800 followers in the first few weeks. Turns out, “mindful drinking”—reexamining your relationship with alcohol by cutting back or teetotaling—is gaining popularity. The Shine, a group that puts on alcohol-free variety shows featuring live music and meditation, has seen attendance rise tenfold over the past three years. Zero-proof drinks are in high demand at bars. There’s a whole movement of largely former social drinkers who are “sober curious.” We don’t identify as alcoholics or go to AA meetings. We’re just experimenting to see how life minus #roseallday might feel.

The moment is driven, in part, by the current wellness boom. “If someone sold a pill that offered all the benefits of not drinking—better sleep, clearer skin, weight loss—people would pay a fortune for it,” says Laura Willoughby, cofounder of Club Soda, a group that hosts online and low- or no-alcohol real-world events for their 11,000 worldwide members. Sober-curious folks may also be looking for approval: A recent survey revealed a big reason millennials are curbing their drinking is because they’ve experienced social shaming for appearing drunk in an online photo.

As we all know, booze doesn’t always bring out our best. Alcohol triggers brain changes that make us feel relaxed, but it also removes the inhibitions that otherwise keep us from saying things we might regret. Which may be why people who recalibrate their relationship with alcohol say they connect with friends in a different way. Catching up over a glass of wine is fine, but “a lot of women fully outsource fun to alcohol,” says Rachel Hart, a life coach who works with women who struggle with drinking. They worry a night out will be dull without cocktails. But taking booze out of the equation—even for one evening—can be a reminder that “it’s the being together that’s of value, not the alcohol,” says Wilsnack.

Most people who quit or cut back lose weight (the average woman takes in 50 calories a day from alcohol—that can be enough to pack on several pounds a year). Amanda Feifer, a 38-year-old Philadelphia culinary instructor, noticed other common benefits when she limited her drinking to special occasions: Her moods became easier to manage. The why? Alcohol disrupts mood-regulating neurotransmitters and can, over time, contribute to depression and anxiety, says Richard Saitz, an addiction specialist and primary-care doctor. And since a night out used to leave her “hungover for days,” Amanda is now also much less tired. “Just one drink delays the onset of REM sleep—that’s the most restorative stage,” says Saitz. Since I broke up with booze, I’ve gotten zero colds or sinus infections, which used to plague me several times a year. Makes sense, since research shows that alcohol can impair the immune system.

Long-term, alcohol—in some cases as little as a daily tipple—has been linked to high blood pressure and stroke, as well as several types of cancer. One new report found a single daily alcoholic drink increases breast cancer risk by up to 5 percent.

Putting down the bottle may even lead you to pick up something better. When I quit, I found new ways to defang the anxiety I used to numb with alcohol. I ate my fair share of ice cream at first, but as I gained energy, I read more and did yoga.

When your social life drifts along like one long booze cruise, it can be overwhelming to even consider not drinking. But if you’re interested, start with something small and manageable. “Choose an upcoming event, one where you’d usually drink, and decide not to this one time,” Hart suggests. Sometimes simply holding a glass in your hand can take the edge off, at least psychologically (my go-to is tonic water with grapefruit juice). If anyone asks about your motives, replying with “I’m taking a break tonight” should suffice. Discomfort setting in? Think about why you’re itching for a drink (to ease your nerves? to fit in?). Or if not drinking while others are is too hard, pick a fun, alcohol-free activity (e.g., an art class) and ask a friend to join you.

I’m so hooked on the feel-good effects of being booze-free that I no longer get FOMO at the bar. If I should thirst for a glass of wine, I’ll have one. But it’s hard for me to imagine wanting it now that I know what life is like on the other side of alcohol.