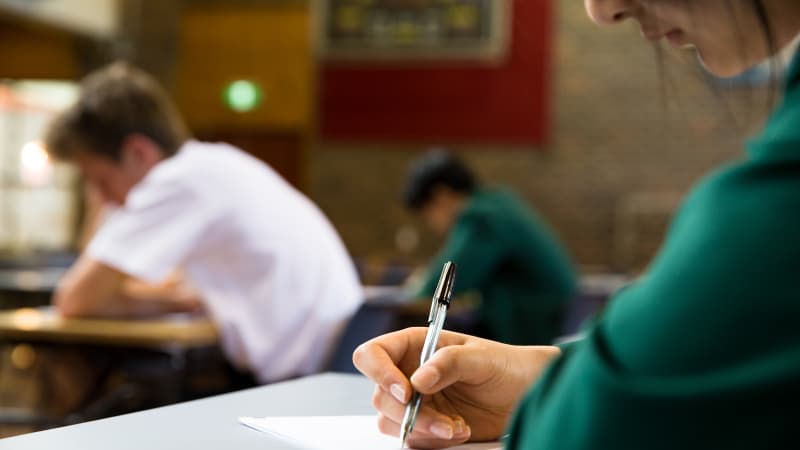 High school can be stressful as school work and expectations mount – particularly when exams are looming. But students who believe intelligence can be developed may weather anxiety better than those who think it is a fixed trait, according to US research.

University of Texas psychology researchers set out to understand why some students were more resilient in dealing with the stress of high school than others. 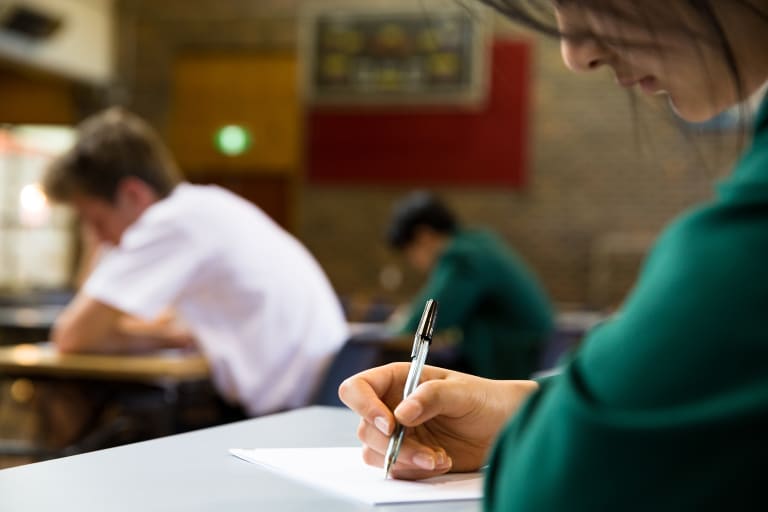 A University of Texas study has shed light on how your outlook can affect academic performance.

They surveyed 499 Year 9 students from two public high schools, measuring their perceptions of intelligence along with daily reported academic pressures and salivary cortisol – a stress hormone.

Although grades dropped under the increased pressures of high school in 68 per cent of students, their stress response was higher if they had a fixed mindset, believing they were powerless to do well in the face of challenges.

Even if their grades were fine, these students reported feeling “dumb” a third of the time. They continued to show high stress levels the day after an intense academic stressor, while those who believed that intelligence can be developed – a growth mindset – recovered more quickly.

The results suggest that having a growth mindset “may buffer the effects of academic stress”, according to lead author, Hae Yeon Lee. He says that, by giving students confidence to proactively address problems, they are less likely to give up when challenged.

“More students might thrive if schools carefully selected appropriate challenges and provided students with the growth-oriented belief that, with the right resources, they could continue to develop their abilities to meet reasonable demands,” proposes Professor David Yeager, a senior author of the study.

Con Stough, professor of cognitive neuroscience at Swinburne University in Melbourne, is not surprised by the study’s findings.

“If you think you have no autonomy or ability to improve your intelligence or improve your scholastic performance, then that’s very stressful,” he says, adding that “stress is that classic imbalance between 'what I need to do' and 'what I’m able to do'”.

Stough has developed an interactive program for Australian schools to teach students adaptive skills, based on emotional intelligence research.

Core skills taught by the program are learning to identify and manage emotions, including stress. Other competencies include effective coping mechanisms and techniques to reduce stress and anxiety, like problem solving, seeking support and restructuring negative thoughts.

Emotional intelligence research has shown that these skills are better predictors of life success than IQ. But Stough thinks even one's IQ is not fixed and can be improved with the right skills.

“We know the brain is always making new synaptic connections,” he explains. “And we haven’t actually identified any genes for intelligence, after spending probably a billion dollars looking for them.”

Genes don’t operate by themselves, and importantly, Stough says, “they’re almost a slave to the environment".

"So presumably if you have a better environment then you get the most out of your genes."

Parents and teachers are important, too. For a long time, Stough says, research has shown that, when teachers believe children’s abilities are fixed, students have poorer outcomes. And, when parents think the opposite, the outcomes are better.

“But social and emotional skills are incredibly important as well.”

Stough emphasises the power of restructuring thoughts. Some common examples of faulty cognitions include: black and white thinking (“it’s all or nothing”), filtering (looking at part of the story rather than the bigger picture), personalising (blaming yourself unnecessarily), perfectionism (agonising over a small setback), catastrophising (expecting the worst), and mind reading (making assumptions about what other people think).

For upcoming exams, for instance, thoughts like “I’m not going to get a good score” or “I’m worried about my future” can create stress and interfere with students’ ability to learn. These could be replaced with constructive thoughts like “I’ve studied hard, I know the material” and “it’s just one exam”.

Initial outcomes of the program are positive. Stough says the children who are calm and focussed tend to do better. The team is seeking funding to further evaluate it using other schools as controls.

But when it comes to getting good grades, there are no short cuts, Stough says.

It’s like the tortoise and the hare: while strategies to manage stress will certainly help, pure grit – embracing challenges with perseverance – will ultimately lead to success.