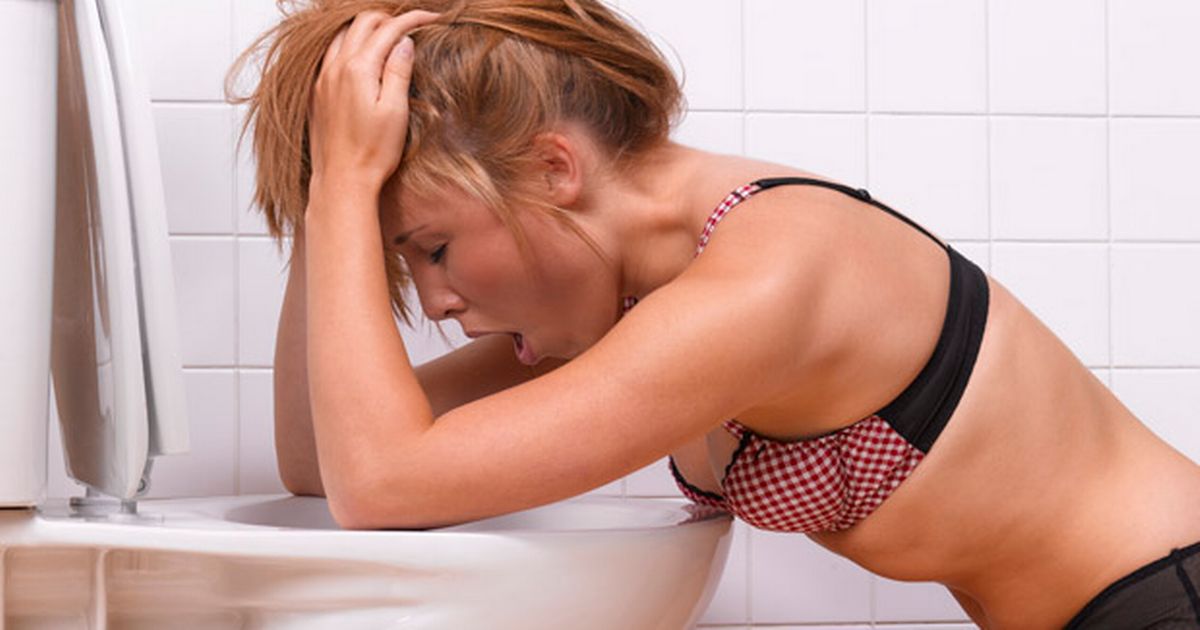 Partied too hard last night? Don’t worry, we’ve got your back.

Your liver is screaming at you, your head is banging – you’re a quivering wreck.

Whether it’s a greasy fry-up or pint of water we all have our remedies to shaking off that hangover, but what’s the best cure?

There’s plenty of options, from the traditional home cures to science approved tricks.

Here’s how to cure a hangover next time you find yourself shaking the morning after.

We’re starting with an obvious one, but it’s also the best.

Drinking alcohol stops the body from creating a chemical called vasopressin, which means your kidneys send water straight to your bladder instead of absorbing into the body.

It’s also behind the reason for needing to go to the toilet so many times while you’re actually drinking.

This also leads to dehydration, as the body can expel up to four times as much water, and is probably why you’ve got that thumping headache and dry mouth.

The best solution is to put a nice big pint of water (or two) beside your bed before you head out. That way you’ll remember to drink it when you get in.

Make sure you keep drinking plenty of water when you wake up the next morning too.

We’re supposed to drink eight glasses a day anyway so that should give you some idea.

2. Drink a can of fizzy drink

A Chinese study looking at 57 different beverages found that the lemon and lime pop helped process the alcohol out of your system quicker, speeding your recovery.

Sprite was among the drinks that sped up this process the most, causing the alcohol to be broken down faster, therefore reducing the duration of a hangover.

Jane Scrivner, author of The Quick-Fix Hangover Detox: 99 Ways To Feel 100 Times Better, said: “It has a high water content to rehydrate you and is high in sugar for an instant pick-me-up, yet the simple sugars mean you’re likely to soon come crashing back down.

"But its lemon and lime juice content is alkaline and will help balance the acid in your gut, quelling feelings of nausea.

"Fizzy water with a squeeze of fresh lemon is a better option.”

It’s another obvious choice – especially when you wake up with that feeling like your head’s in a vice – but the NHS actually recommends taking painkillers .

It says that buying over-the-counter pills can help with headaches and muscle cramps but avoid aspirin as it can further irritate the stomach and increase feelings of sickness.

Instead, opt for a paracetamol-based remedy or ibuprofen lysine, which absorbs quicker and one with codeine (found in ‘plus’ brands) is like taking two painkillers at once, experts say.

There’s always an urge to reach for big, greasy plate of food in the morning to help cure that hangover and it is an option that can work for many people.

The fat in your fry-up contains lots of calories, so you’ll get an energy boost, while eggs and meat are rich in the amino acid cysteine, which is thought to be good at clearing out toxins.

However, experts actually recommend that a bland breakfast can help restore blood sugar levels and without causing anymore stomach problems.

Crackers, toast or a thin vegetable-based broth are some of the options put forward by the NHS .

Alcohol can also deplete your potassium levels so eating a banana or two will actually make you feel a lot better.

Popping one of these disolvable tablets in a glass of water is a great way of replacing nutrients lost through alcohol.

They contain vitamin C, B vitamins as well as calcium and magnesium.

There also a great way of downing some water if you’re not keen on the taste and come in a variety of flavours – but make sure you’ve stocked up because most chemists will be closed on New Year’s Day.

The Romans used it to treat sick children and snakebites.

Milk thistle contains silymarin – which is recommended for liver disorders. However, experts are divided. Some suggest it can help treat liver disease caused by alcohol abuse. But other studies show it has no benefits to improving liver function.

Although Rhiannon Lambert , a Registered Nutritionist and founder of leading Harley Street clinic Rhitrition isn’t a big drinker, she has a recipe up her sleeve for those occasions when she does indulge.

"With hydration being a cornerstone of health living, I always remind myself to drink far more water on the day after drinking that I would normally so it could easily be over 2 litres.

"On the menu would be a refreshing smoothie bowl or a filling porridge with nut butter and berries."

Avocado was always going to be on this list in some shape or form.

Manal Chouchane, Clinical Nutritionist at BioCare has a craving-busting recipe for those mornings when you feel like your brain keeps hitting the side of your skull.

"Guacamole on toast and coconut water," she says.

"This would satisfy our cravings for high carbohydrate and fat foods when we are hungover, yet still providing good quality fats for nourishing our bodies.

"Coconut water is ideal for hydration and providing electrolyte balance."

How to prevent a hangover?

Weird hangover cures around the world

Puerto Ricans reportedly believe that rubbing a lemon into your armpit whilst drinking could prevent the next morning becoming a nightmare.

And it makes you smell nice, which is probably the only scientifically proven part of this remedy.

A classic hangover cure called a Prairie Oyster involves mixing an egg yolk with Worcestershire sauce as well as salt and pepper.

This should then be swallowed whole, taking care not to break the egg.

However, this cure is not recommended for pregnant women – or anyone else for that matter.

After drinking many of us swear never to touch a drop of alcohol again, but this old Hungarian cure is an extreme hair of the dog.

Some say if you get a sparrow to do its business in a brandy glass, swill it around and knock it back, you’ll be right as rain.

Probably one to avoid though – not only does it sound grim but we’re not sure how hygienic it would be.

Again not one for the faint-hearted, but apparently sheep brain could help when your own feels scrambled.

In South Africa a traditional hangover cure is to melt a sheep’s stomach walls in a pot with witblits moonshine, Umqombothi beer or any of the country’s famed wines.

Ancient Romans might have been ahead of their time when it came to munching on deep fried goodies as a hangover cure.

They used to believe eating a deep fried canary would help ease your stomach.

Italians are the brains behind another quirky hangover cure.

An old Sicilian belief is that nibbling a bull’s private parts can help the morning after the night before – but their golden rule was it had to be cut and dried first.

Warning: Do not try this cure as it could be your last Christmas.

The Medieval idea was to encourage sore-headed drinkers to munch bitter almonds and raw eels.

Not surprisingly its popularity has worn off over the years.

Hold your nose and down this is a widely accepted hangover cure. The vinegar, water and sodium combo is the ultimate pick-me-up, combating dehydration and boosting energy. It’s worth adding honey to sweeten it.

This 19th century “hangover cure” is a cocktail of tomato juice, a whole raw egg, Worcestershire sauce, red wine vinegar and a dash of Tabasco sauce.

It replenishes the water, salts and electrolytes that alcohol has depleted.

In processing booze, the body also creates other toxic chemicals.

By introducing new toxins into your body, such as capsaicin in Tabasco sauce, your body temporarily turns away from alcohol processing, delaying or eliminating a lot of your symptoms.

Created by the KGB just after the Second World War, this secret drug was designed to keep agents sober so that they could outdrink their opponents before helping themselves to their secrets.

It didn’t stop them from getting drunk but it did block the toxic chemical acetaldehyde, which damages tissues and leads to hangovers.

RU-21 was popular among hell-raising Hollywood stars a decade or so ago, as it allowed them to party while appearing fresh-faced on set the next morning.

A recently-developed drug, and the product of a decade of work by British, Belgian and Italian scientists.

They reckon that it will reduce the harmful effects on the brain caused by binge drinking – perfect for the post-Christmas party comedown.

If you’re worried that it won’t work, don’t be – it’s been tested on drunken rats.

And you’re bound to encounter one or two of those during your festive bash.

A vitamin supplement that is chock full of natural ingredients and vegetarian-friendly (which presumably means no essence of bacon).

You can get a 30-day batch for £30 but you have to take three pills a day, which is a bit of a commitment – and tricky to keep up with if you’re planning to be drunk a lot of the time.

The reviews are almost unanimously positive though, so this could be the miracle hangover cure you’ve waited your whole life for.

Intravenous drips provide a quick way to administer fluids when you are feeling unwell.

Traditionally they’ve only been offered to sick people in hospital or LA health freaks, but since October they’ve become available in the UK, thanks to a clinic called Reviv , which promises to sort you out within 10 minutes.

In addition to fluids, the IV drip contains a cocktail of drugs for pain-relief and stomach settling.