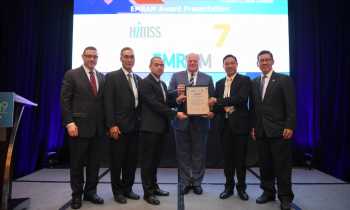 Princ Paknampo Hospital is a 100-bed hospital based in Nakhon Sawan, well outside the capital city of Bangkok. Upon full implementation of the EMR, Princ Paknampo was able to leverage a number of technological applications to improve patient care and safety. Princ Paknampo implemented a full Clinical Decision Support (CDS) alert and order set for early detection of septic shock, and enacted guidelines to monitor for patient care against their set of standards.

With an advanced analytics monitoring system, the hospital is able to get real time data on specific sepsis related indicators – to better monitor, and reduce, the instances of sepsis. The hospital’s mortality rate, length of stay and costs from sepsis-related treatments have all significantly decreased as a result.

According to Hal Wolf, President and CEO of HIMSS, this designation represents the first time any hospital in Thailand has reached this advanced stage of digital healthcare and could lead to significant improvements in patient care in the country, and the region. Princ Paknampo Hospital was the first hospital in Thailand to achieve Stage 6 on the EMRAM in 2016.

“Ensuring patient care is of the highest quality possible is the ultimate impact of the electronic medical record system, said Wolf. We at HIMSS are proud of Princ Paknampo Hospital for its commitment to patient health, and congratulate them on reaching the ultimate level of advancement in their electronic health record implementation journey, and also for becoming the first Stage 7 organisation in Thailand.”

“The hospital has realised a 97 percent reduction in pre-dispensing errors during the closed-loop medication administration process, a substantial reduction in sepsis cases, and an increase in diabetes protocol compliance. This hospital will serve as a beacon for other hospitals across Thailand and throughout Asia,” added Wolf.