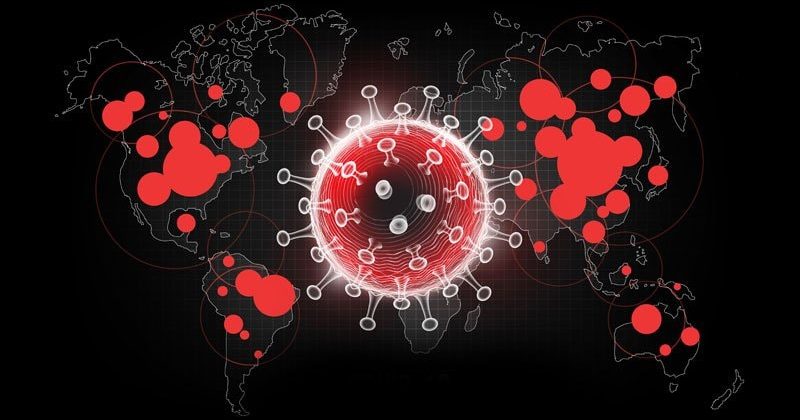 These are the global coronavirus stories you need to know about this week.

In Germany, the number of active COVID-19 cases continues to fall. The Robert Koch Institute reported a 7-day incidence of 20.8 on Wednesday. That’s down from 36.8 the previous week.

Since Monday, everyone in Germany has been eligible for vaccination, irrespective of the old priority list. So far 46% of people have received at least one dose and 21.9% are fully vaccinated.

The Standing Commission on Vaccination’s draft plan only recommends COVID-19 vaccination for children and adolescents between 12 and 17 years of age with certain pre-existing conditions, and other family-related risks. Publication of the final version is expected on Thursday.

There are fewer than 1000 people hospitalised because of COVID-19 in Belgium, according to the latest figures. The number of ICU cases has now fallen far below the threshold of 500 set by the Consultative Committee as the boundary at which it would be safe to open more of society starting from Wednesday. Belgium’s Health ministers have decided to open COVID-19 vaccination to adolescents aged 16 and 17-years-old.

The Government of Portugal was surprised by Spain’s decision to demand health certification for adults and children over 6-years-old who cross the borders between the two countries. The measure went into effect on Monday but was revoked the following day, after protests by the Portuguese authorities. The Spanish authorities said random checks will still be carried out.

Since the beginning of May, Lisbon and the Tagus valley have registered an upward trend in COVID-19 cases. Authorities and experts are reinforcing calls for compliance with protective measures, such as mask wearing and social distancing. The increase has occurred especially in younger age groups. According to the Directorate-General for Health (DGS), on June 4, Lisbon had an incidence of 187 cases per 100,000 inhabitants. About 39% of the Portuguese population has already received one dose of a vaccine against COVID-19, and 23% has been fully vaccinated.

In the UK, 25s and over are now being vaccinated in England but 10% of the population is under new measures to help stop the spread of the delta variant. This could delay Prime Minister Boris Johnson’s planned unlocking of restrictions in England on June 21. In a Medscape UK reader poll with 565 responses, 78% supported a delay. There was a rush for British tourists to get back from Portugal by the early hours of Tuesday morning to avoid quarantine after the country was moved from the ‘green’ to ‘amber’ travel list.

This week in France, the incidence of COVID-19 has fallen below the 100 per 100,000 population mark and the country is entering a new phase of lifting restrictions. Since June 9, curfew has been extended to 11pm, and cafes, bars, and restaurants can serve customers indoors with reduced capacity. A cluster of 31 cases of the delta variant has been detected in the Landes area, with authorities calling for vigilance.

Vaccination continues with nearly 43% of the population having a first dose, and nearly 20% both doses. A nurse in a COVID-19 vaccination centre in a large Parisian hospital has been suspended for trafficking false vaccination certificates. On the therapeutic side, access to dual monoclonal antibody therapies against COVID-19 has been extended to certain vulnerable groups, including patients with HIV.

Since last week, COVID-19 infections have dropped by almost 7% and the 14-day incidence fell below 100 cases per 100,000 habitants in Spain. There are currently 3880 patients hospitalised and 1088 in an ICU.

More than 20 million people have already received at least one dose of a COVID-19 vaccine. The Minister of Health, Carolina Darias, said the vaccination schedule is here to stay. After one member of the Spanish football team tested positive for COVID-19, there’s been a debate over whether players should be prioritised for vaccination ahead of the European championships.

Spain is already issuing EU digital certificates, although they don’t come into force until 1 July.

New cases of COVID-19 continue to decline in Italy and are now below 50 new cases per week per 100,000 population. However, the number of tests has also dropped. The R number is 0.68 compared to 0.72 last week, and monitoring is in place for new virus variant cases.

The vaccination campaign has been extended to teenagers, and as of June 6, approximately 24% of the population over 12 is fully vaccinated. Health authorities hope that young people’s enthusiasm for vaccination will set an example to reluctant older groups.

An Italian study conducted at the Lombard Hospital of Magenta found that the risk of reinfection is very low for at least one year in the general population. During follow-up of more than 1500 patients who tested positive during the first wave, only five reinfections were confirmed, and only one case needed to be hospitalised. The authors highlight that these results do not however consider the effect of new variants that spread after the end of the study.

Vaccinations have stalled in the US, even as President Biden called for a month of action to reach 70% of adults with at least one dose of a vaccine by July 4.  Currently, that figure is at 63.8%. According to the CDC 50% of Americans aged 12 and over (the population eligible to be vaccinated) are fully vaccinated against COVID.  Cases and deaths have dropped sharply though millions remain unvaccinated and at risk.

On Tuesday (June 8), Dr Anthony Fauci said 6% of infections in the US are caused by the delta variant. He pleaded with Americans to get vaccinated before that strain gets a foothold.

President Biden, who is attending the G7 summit in the UK this week, said America would buy 500 million more doses of the Pfizer vaccine and donate them to the rest of the world.

The US government will also send one million Johnson & Johnson vaccines to Mexico to be given to people living along the US-Mexico border.

In Latin America, an analysis shows the negative impact the pandemic has had on cancer patient care: delayed diagnosis, and fewer surgical procedures carried out.

The Pan American Health Organisation (PAHO) President said it could take years to control the COVID-19 pandemic in the Latin American and Caribbean region. Cases of COVID-19 are increasing in Bolivia, Colombia, Argentina, Uruguay, Peru, Haiti, and Trinidad and Tobago.

The Government of Peru conducted a review of data on the number of deaths related to COVID-19. The updated number of deaths is almost triple the previously reported number, making Peru the country with the highest mortality rate.

The Brazilian Minister of Health, Marcelo Queiroga, is negotiating the purchase of 100 million vaccines from Moderna.

Western Australia is now vaccinating people aged 30 years and older.  Victoria is on track to ease restrictions this Friday. However, authorities are puzzled at how a traveller from Sri Lanka was responsible for the spread of the delta variant in West Melbourne even though he was quarantined in a health hotel.

On Monday, Thailand began its mass vaccination programme during its third and deadliest wave after many supply issues. The Government hopes to administer 6 million doses this month.

The United Arab Emirates and Bahrain are offering Pfizer/BioNTech booster vaccinations to those who have received two doses of the Sinopharm vaccine. Bahrain is currently in lockdown after a spike in cases.

In Malaysia, 9000 infections were reported in a single day which is the highest number recorded so far for the country and in response it has imposed a 2-week lockdown.

In India, the major cities of Delhi and Mumbai are easing restrictions as coronavirus cases continue to fall to less than 100,000 new daily cases compared to 400,000 daily cases at the peak in May. As of June 21, anyone over 18 will be offered free vaccinations whereas previously free vaccinations were only available to frontline workers and those over 45-years-old. So far close to 5% of the population has been fully vaccinated.

Vietnam has successfully prevented the spread of COVID-19 due to vaccination efforts, however, the recent outbreak in April at factories close to Hanoi has been difficult to contain, indicating a new strain.  A WHO representative stated that the variant identified in Vietnam is not a hybrid but the Delta variant with additional mutations and will need monitoring.

Japan is still pushing ahead with a scaled back version of the one year delayed Olympic Games due to start on July 23 amid concerns from scientists and public opposition. Organisers will be closely monitoring the 6000 foreign journalists in designated hotels, and vaccinating the 70,000 Olympic staff in mid-June to keep the games running.  However, Tokyo is currently under a state of emergency which is due to be lifted on June 20.

China has become the first country to approve the use of Sinovac in children aged from 3 to 17-years-old.