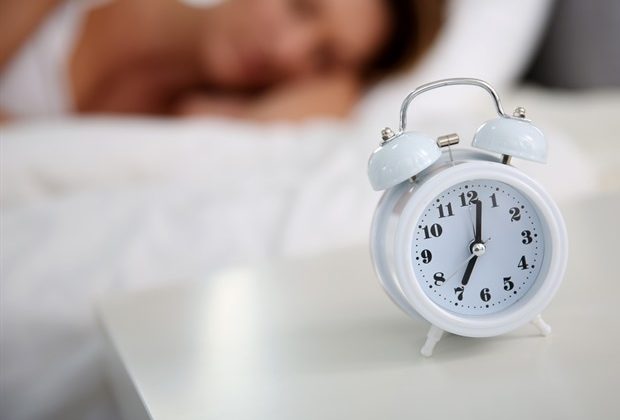 José Mendoza's snoring was bad — but the silence when he stopped breathing was even worse for his wife, Nancy. The sudden quiet would wake her and she waited anxiously for him to take another breath. If too many seconds ticked by, she pushed him hard so that he moved and started breathing again. This happened several times a week.

This story also ran on NPR. It can be republished for free.

Send Us Your Medical Bills

Do you have an exorbitant or baffling medical bill? Join the KHN and NPR 'Bill of the Month' Club and tell us about your experience. We'll feature a new one each month.

Diagnosed with severe sleep apnea 15 years ago, Mendoza was prescribed a continuous positive airway pressure (CPAP) device to help him breathe easier. But the machine was noisy and uncomfortable. After a month, he stopped using it.

Late in 2019, Mendoza, 61, went to an emergency department near the family's Miami home with an excruciating headache. He thought it was related to his high blood pressure, a condition sometimes linked to obstructive sleep apnea. But after a battery of tests, clinicians concluded his obstructive sleep apnea itself was likely causing his headache and cardiac problems. He needed a new CPAP machine, they said.

But first, he had an at-home sleep test. Mendoza's pulmonologist said it was not detailed enough and ordered a visit to an overnight sleep lab to get extensive data.

Mendoza arrived at the sleep center about 8 p.m. one night in early February and was shown into a spacious room with a sofa, a TV and a bed. After he got into his pajamas, a technician attached electrodes to his head and chest to track his brain, heart, lung and muscle activity while he slept. The technician fitted him with a CPAP with two small cannulas for his nose. Despite the unfamiliar setting and awkward equipment, Mendoza slept that night.

"Now I'm not snoring. I feel more energetic. I'm not as tired as I was before," he said.

The new CPAP was helping both Mendozas get a better night's sleep — until the bill came.

The Patient: José Mendoza, 61, has a Humana HMO plan through the construction company where he works as a truck driver. It has a $5,000 deductible and an out-of-pocket maximum of $6,500 for covered care by in-network providers. Once his deductible is satisfied, he owes 50% in coinsurance for other billed charges. (Nancy Mendoza, who works as a social worker, and their two teenage children are covered under her employer plan.)

Medical Service: An overnight sleep study at a hospital sleep center to determine the type of mask and the proper levels of airflow and oxygen needed in Mendoza's CPAP to treat his severe obstructive sleep apnea.

What Gives: Sleep studies are somewhat controversial and have been flagged in the past as being overused. Not everyone who snores needs this evaluation. But with Mendoza's pauses in breathing and hypertension, he likely did.

According to Dr. Vikas Saini, president of the Lown Institute, a think tank that analyzes low-value health care, sleep studies fall into a gray zone.

"They are incredibly useful and necessary in certain clinical circumstances," he said. "But it's known to be one that can be overused."

But how much should it cost to be monitored at home or in a hospital sleep lab? That's the question. The Office of Inspector General at the federal Department of Health and Human Services has identified billing problems for the type of sleep study Mendoza had that led to Medicare overpayments.

The University of Miami Health System's total charge was high by nearly every measure, but so was the allowed amount that Humana agreed to pay the health system for the study. And because Mendoza's skimpy health plan has a deductible of $5,000, he's on the hook for paying almost all of that hefty bill.

Mendoza's Humana plan agreed to pay the hospital $5,419 for the sleep study he had. That's nearly six times what Medicare would pay for the same service nationally — $920 — according to the Centers for Medicare & Medicaid Services.

Private insurers typically pay higher rates than Medicare for care, but that multiple is "much higher than what other insurers would pay," said Jordan Weintraub, vice president of claims at WellRithms, a company that analyzes medical bills for self-funded companies and other clients.

Consider the total facility charge of $9,853. The average charge in the United States for a sleep study of the same type is just over half that amount at $5,384, according to Fair Health, a national independent nonprofit that tracks insurance charges.

Charges in the Miami area are on the high end of the national range. The average billed charges for similar hospital sleep studies in Miami range from $2,646 to $19,334, Weintraub said. So Mendoza's bill is not as high as the highest in the area, and is just under the average in Miami.

"Billed charges are just completely fictitious," said Weintraub. "There's really no grounds for charging it other than that they can."

More telling than what other Miami hospitals are charging for sleep studies is what the University of Miami Health System reports it actually costs the hospital to do the procedure. And that figure was just $1,154 on average in 2019, according to WellRithms' analysis of publicly available cost report data filed with CMS. That year, the hospital's average charge for the type of sleep study Mendoza had was $7,886, according to WellRithms.

Mendoza doesn't pay premiums for his health plan, but his "free" coverage has a cost. The $5,000 deductible and high coinsurance leaves him woefully exposed financially if he needs medical care, as the family discovered. Nancy Mendoza's plan has a lower deductible of $1,350, but her employer charges extra to cover spouses who have coverage available to them at their own jobs.

Obstructive sleep apnea is often undiagnosed, sleep medicine experts agree, and sleep studies can result in a diagnosis that leads to necessary treatment to help prevent serious problems like heart attacks and diabetes.

"From that perspective, sleep testing is actually underprescribed," said Dr. Douglas Kirsch, medical director of sleep medicine at Atrium Health in Charlotte, North Carolina, who is past president of the American Academy of Sleep Medicine, a professional group.

After strong growth by independent and hospital-affiliated lab-based sleep centers over several years, there's been a shift toward home-based sleep tests recently, said Charlie Whelan, vice president of consulting for health care at Frost & Sullivan, a research and consulting firm.

"The entire sleep medicine field is deeply worried about a future where more testing is done at home since it means less money to be made for in-center test providers," Whelan said.

Resolution: When the bill arrived, Nancy Mendoza thought it must be a mistake. José's home sleep test hadn't cost them a penny, and no one had mentioned their financial responsibility for the overnight test in the lab.

She called the billing office and asked for an itemized bill. There were no complications, no anesthesia, not even a doctor present. Why was it so expensive? But what they received wasn't any more enlightening than the summary bill.

She got a clear impression that if they didn't pay they'd be sent to collections. To avoid ruining their credit, they agreed to a two-year payment plan and got their first installment bill, for $214.87, in April. Nancy thinks the overall charge is too high: "It's not fair [for] people who are in the low end of the middle class."

Lisa Worley, associate vice president for media relations at the University of Miami Health System, said in a statement that Mendoza “does not qualify for financial assistance because he has health insurance."

But the health system's posted financial assistance policy clearly states that financial assistance is available to "underinsured individuals with a balance remaining after third party liability of $1000 or more, whose family income for the preceding 12 months is equal to or less than 300%” of the federal poverty guidelines.

Under a less detailed version of the hospital policy included in one of their bills, the Mendozas meet the income threshold for "assistance provided on a sliding scale."

In her statement, Worley referred to Mendoza's sleep test as an "elective service." The health system website says it "provides financial assistance for emergency and other medically necessary (non-elective) care."

Mendoza's sleep study was medically necessary. The emergency department staff evaluated him and determined he needed a new CPAP to deal with serious medical problems caused by his obstructive sleep apnea. His pulmonologist concurred, as did his insurer, which preauthorized the sleep study.

In a statement, Humana wrote: "With sleep studies, there can be a wide range of costs, depending on the complexity of the case and the setting."

The insurer refused to comment on Mendoza's case specifically, even though the Mendozas had given permission to discuss it.

The Takeaway: The Mendozas followed the rules: They used an in-network provider and got prior authorization from their insurance company for the test.

Bill of the Month Resources

Unfortunately, they are caught between two financial traps of the U.S. health care system: high-deductible health plans, which are increasingly common, and sky-high billing.

With a high-deductible plan, it's crucial to try to learn what you'll owe before receiving nonemergency medical care. Ask for an estimate in writing; if you can't get one, try to shop for a different provider who will give you an estimate.

Be aware that insurance plans that have zero or low premium costs may not be your best option for coverage.

Once you are stuck with a high bill that hits a high deductible, remember you can still negotiate with the hospital. Find out what a more reasonable charge would be and ask for your bill to be adjusted. Also inquire about payment assistance from the hospital — most hospitals must offer this option by law (though they often do not make it easy to apply for it).

If a doctor suggests a sleep study, ask if you can do one at home, and whether it's really needed. And remember: Not every snore is sleep apnea.