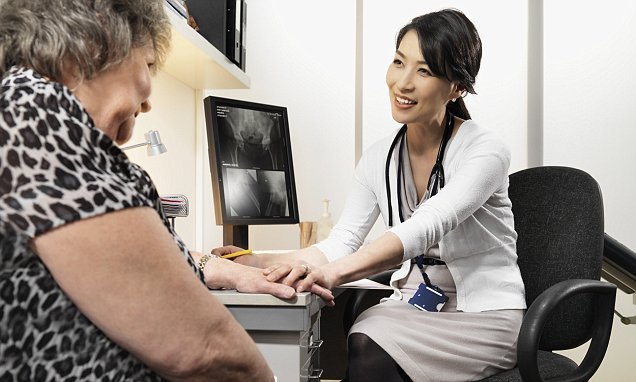 DR MAX: Why the death of proper family GPs could be putting lives at risk – and it’s all down to doctor’s intuition

How did I know something was wrong? Looking back, I still can’t explain it but the moment I spotted her in clinic, an alarm bell rang.

To anyone else Mary might have seemed fine, more than fine — all smiles and thank-yous as she chatted to nurses. But it made me uneasy.

One of the things I treasure about my job in mental health is the opportunity it gives to really get to know my patients over a long period and develop a relationship with them.

I’m luckier in that respect than colleagues in other specialities where continuity of care is less of a factor, or the teams of GPs in the super-sized practices that are becoming the norm. 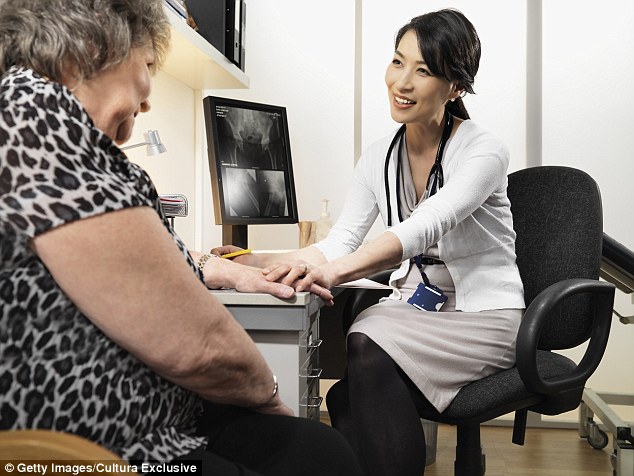 A British study of 1.4 million patients in 22 countries, which found strong evidence that those who see the same doctor at each appointment are far less likely to die than those who don’t

Patients grow to trust me, and some of them have confided things that no one else knows about them. It’s an incredible privilege being invited into someone’s life like that.

I’d known Mary (not her real name) for about six years, and saw her every month or so to help her deal with the legacy of years of sexual abuse.

When she sat down, I asked her if she was okay. She brushed my question aside. I asked again, several times. She was dismissive, yet bright and breezy.

I persisted, speaking softly and trying to get her to engage. Eventually, I snapped: ‘I’m not letting you leave until you tell me what’s wrong, Mary,’ then I crossed my arms and stared her down.

You have to know a patient pretty well to act this way: plenty wouldn’t stand for it.

Mary understood then that there was no messing with me. She also knew that I cared about her. In an instant, everything changed as she seemed to physically crumple into the chair and burst into tears.

She told me she’d spent the weekend writing her will and putting her affairs in order — because she’d decided to kill herself. She’d planned it in detail and even written a note for her door, warning people not to enter but to call the police.

It may sound extraordinary but it’s not uncommon for someone who has reached the decision to end it all to experience a temporary sense of relief and euphoria. Often, like Mary, they can appear happier than they’ve been for years. 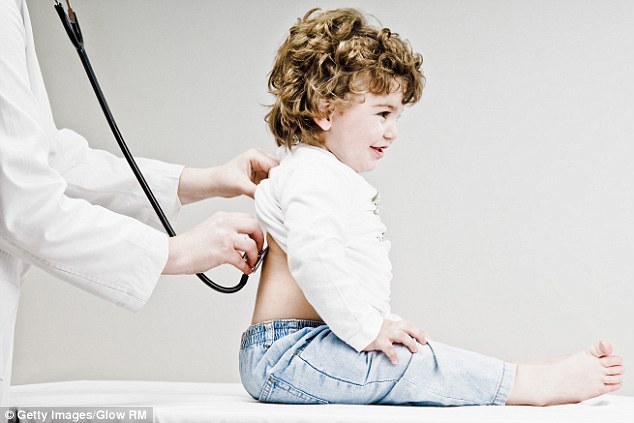 However, just half of patients have a preferred GP — and only half of them were able to see that doctor for most of their consultations

If I had not known Mary so well, and felt able to challenge her, I dread to think what would have happened next.

I was reminded of that recent experience by a British study of 1.4 million patients in 22 countries, which found strong evidence that those who see the same doctor at each appointment are far less likely to die than those who don’t.

In America, nearly a fifth of diabetes patients who saw different GPs died within three years. This compared with just eight per cent of those who saw the same doctor every time.

Researchers concluded that patients are more open about symptoms and more inclined to take advice and medication if they know their doctor.

I’m sure that is true. But what the study does not address is the role played by a doctor’s intuition about a patient that he or she knows well — picking up on the subtlest changes in demeanour or conversation, and perhaps what they’re not telling you as much as what they are.

When family doctors truly were ‘family’ doctors — with long-term knowledge of patients and in some cases caring for them from the cradle to the grave — this kind of relationship was a given.

Sadly, that’s no longer the case. Last month, Leicester University reported that just half of patients had a preferred GP — and only half of them were able to see that doctor for most of their consultations.

Patients are often dealt with as though they are on a conveyor belt, with appointments (when you can get one) allocated according to whichever doctor happens to be free.

Some years ago, when working in A&E, I took a referral from a GP about a little girl he’d seen. The symptoms were vague.

‘I’ve known this family for years,’ he told me on the phone. ‘They’re not the sort to make a fuss. They’ve brought their daughter to the surgery three times in the past three days. There’s something not right, I can sense it.’

And he was correct. It turned out the child had an unusual and particularly dangerous form of meningitis. She would certainly have died if it hadn’t been for that GP’s sixth sense in sending her to hospital.

It’s not easy to quantify the value of this kind of relationship with a doctor, but there’s no doubt in my mind it can be a life-saver. 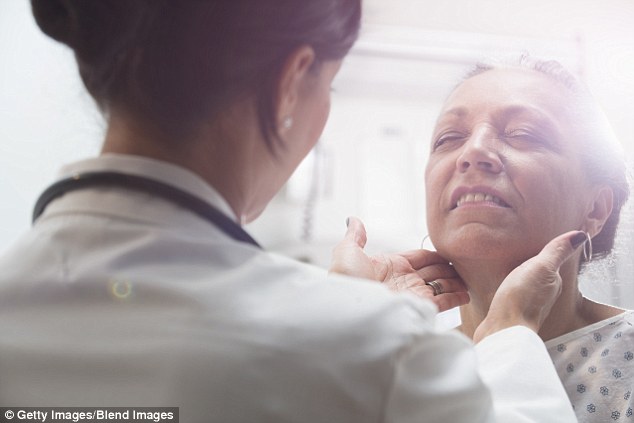 Patients are often dealt with as though they are on a conveyor belt, with appointments (when you can get one) allocated according to whichever doctor happens to be free

Surgeons can be so cutting

Some of my best friends are surgeons, but there’s no escaping the fact they have a reputation for arrogance.

Now a medical anthro-pologist, Dr Laura Jones, appears to confirm this with her investigation of what really goes on in an operating theatre once the patient is unconscious.

She found rampant egos at play and concluded that one in every 40 interactions between theatre staff is an altercation or argument.

As a junior doctor, I hated going into theatre for this reason. I was in perpetual fear of doing something wrong and being shouted at. 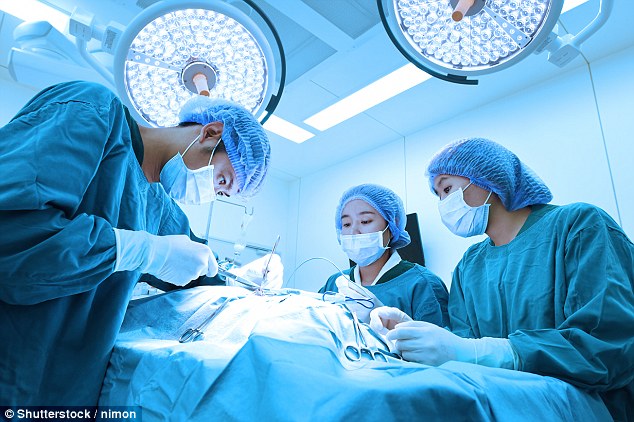 Some of my best friends are surgeons, but there’s no escaping the fact they have a reputation for arrogance

My most humiliating moment came when a surgeon instructed me to hold my arms out as I stood alongside an anaesthetised patient whom he’d just cut open.

The surgeon proceeded to pile some of the patient’s vital organs into my outstretched arms, with a warning not to move.

As the minutes ticked by I had a horrible realisation: my trousers — surgical scrubs are always too big — were sliding down.

I tried to move my legs wider apart to stop them. ‘For God’s sake, man, why are you standing like that?’ the surgeon barked.

My trousers were round my knees and I was posed like a sumo wrestler. The theatre staff were in hysterics. That was my last appearance in theatre.

Get out of bed the wrong side… and most of us know the day rarely improves. Now we have proof of that truism from U.S. research which found the anticipation of stress, as well as the stress itself, sets the tone for the day.

It strikes a chord with me. The alarm would go on my mobile, I’d switch it off and start checking emails. Inevitably, there would be something that would stress me out! So I banned my mobile from the bedroom and got an alarm clock.

Now, my alarm goes off, I shower, have breakfast … and only then do I pick up my phone. I get to work so much more relaxed.

More than 300 children a year are prescribed puberty-blocking drugs, usually because of gender issues.

They block the hormones that trigger the development of secondary sexual characteristics — such as breasts in girls or facial hair in boys.

I’ve always felt uneasy about such medication being used on immature bodies. However, a friend’s younger sibling, who was born male but started to identify as female as she reached puberty, has made me re-evaluate this.

Adolescence is a challenging time anyway. When you’re confused about your gender, it can be utter torment.

It was clear my friend’s sibling needed respite from a body that she felt was developing in a way she didn’t want.

The vast majority of youngsters who think they may be trans turn out not to be. Puberty blockers buy them some time to come to the right decision about who they are.

Side-effect of cancer … finding out who your friends are

There is, according to 80-year-old Moya St Leger, a little known side-effect of cancer that’s rarely discussed — how quickly your friends disappear.

Writing in the Mail this week, Ms St Leger, who was diagnosed with breast cancer last year, shared her bleak experience and that of many others she’d been contacted by.

I’ve seen it so often, that sense of abandonment some patients feel in the weeks after a grim diagnosis.

There’s an initial spike in contact as family and friends pitch in to offer support, make calls, send cards and flowers… and then nothing.

People don’t know what to say or do, so they get on with their lives and keep their distance, despite feeling guilty. If that sounds familiar, here’s what to do about it. 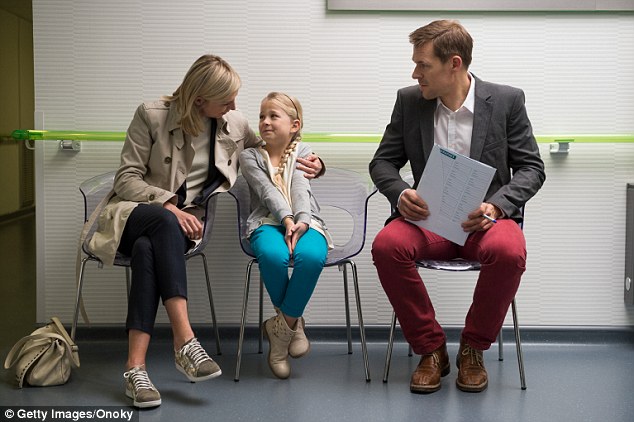 Decide on something you can do for your friend who has been diagnosed regularly to make sure they don’t feel alone — like popping in for a cup of tea, shopping or chores

First off, don’t offer meaningless platitudes such as ‘Call me if you need anything’. Sick people in low spirits rarely have the energy to ask for help.

Don’t feel you have to talk about their health, as it’s probably the last thing they want to discuss. If you’re not sure what to say, say precisely that — and take your lead from them in conversation.

Don’t put off making contact, no matter how long you’ve left it, as it only gets harder as each day passes.

Decide on something you can do for your friend regularly — popping in for a cup of tea, shopping or chores.

As the doughty Ms St Leger says, the good news about cancer is that one’s true friends, however few, are revealed.

Make sure that you are one of them.