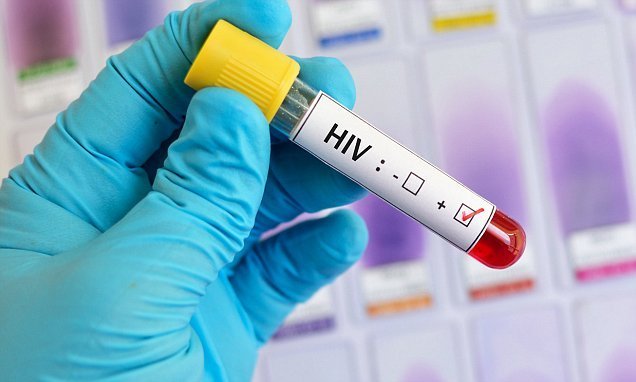 Deadly AIDS epidemic risks resurging and spiralling into ‘a crisis of epic proportions’ unless BILLIONS is spent on prevention, warn experts

The AIDS epidemic risks resurging and spiralling out of control despite fierce efforts to defeat the deadly disease, experts fear.

On the eve of a major world conference, they raised concerns over the alarming rate of new HIV infections and soaring numbers of young people in hard-hit countries.

Mark Dybul, diplomat and former executive director of the Global Fund for Fight AIDS, warned the world could be steering for ‘a crisis of epic proportions’.

Speaking at a special event organised ahead of the International AIDS Conference in Amsterdam, he said: ‘Bad things will happen if we don’t have more money.’

According to UNAIDS executive director Michel Sidibe, there was a funding gap of almost £4.6 billion ($6 billion). Around 18,000 researchers, public health officials and policy planners are expected to attend the International AIDS Conference in Amsterdam.

Ahead of the biennial meeting, which begins today and finishes on Friday, AIDS experts spoke at a specially organised talk yesterday.

They warned to meet the UN goal of ending AIDS as a public health threat by 2030, HIV infections must be limited to 500,000 per year globally by 2020.

But last year’s 1.8 million new infections showed unless something ‘completely drastic’ happened, officials will remain far away from this target.

An estimated 36.7 million adults and children worldwide have HIV, including at least 88,800 in the UK and around one million in the US.

The virus progressively damages the cells in the immune system weakening the body’s ability to fight infections.

Without treatment, this leads to AIDS – the collective name for a series of life-threatening infections which the weakened immune system cannot withstand.

Nduku Kilonzo, of Kenya’s National AIDS Control Council, told the meeting: ‘We are far, far, far away from our goal of prevention, not just elimination.

‘We have a crisis and it is a prevention crisis.’

She warned Kenya, and other countries, have seen investment in condom distribution drop as funders focus on doling out antiretroviral drugs.

You can get or transmit HIV only through specific activities, most commonly through sexual behaviors and needle or syringe use.

They’re often broken into six groups because they work in different ways.

Doctors recommend taking a combination or ‘cocktail’ of at least two of them.

Called antiretroviral therapy, or ART, it can’t cure HIV, but the medications can extend lifespans and reduce the risk of transmission.

NNRTIs bind to a specific protein so the virus can’t make copies of itself.

These drugs block a protein that infected cells need to put together new copies of the virus.

These drugs help block HIV from getting inside healthy cells in the first place.

This stops HIV before it gets inside a healthy cell, but in a different way than fusion inhibitors. It blocks a specific kind of ‘hook’ on the outside of certain cells so the virus can’t plug in.

These stop HIV from making copies of itself by blocking a key protein that allows the virus to put its DNA into the healthy cell’s DNA.

David Barr, a senior treatment advocate who is himself HIV positive, agreed that access to drugs, without prevention, ‘will not end AIDS’.

He told delegates: ‘When I last spoke in this conference centre in 1992, I could never have imagined that I would be standing here 26 years later alive and well.

He added: ‘We can lose our opportunities and the tools we have created if we fail to use them effectively. If we lose them, then we’re back to the horror of 1992.’

In 1992, in the midst of the epidemic, AIDS became the number one cause of death for American men aged between 25 and 44.

In its update report last week, UNAIDS warned time was ‘running out’ in meeting the elimination targets. It said: ‘The world is slipping off track.

‘The promises made to society’s most vulnerable individuals are not being kept. There are miles to go in the journey to end the AIDS epidemic.’

Michael Sidibe, executive director of the body, noted there had been great progress in reducing deaths from AIDS and dishing out antiretroviral drugs.

Estimates state 21.7 million of the 37 million HIV patients across the world were on treatment in 2017 – five-and-a-half times more than a decade ago.

This rapid and sustained increase helped drive a 34 per cent drop in AIDS-related deaths from 2010 to 2017, according to the UNAIDS report.

AIDS deaths last year were the lowest this century, at fewer than a million people.

But Mr Sidibe pointed to what he said were ‘crisis’ situations in preventing the spread of HIV, and in securing sustained funding.

He said: ‘The success in saving lives has not been matched with equal success in reducing new HIV infections.

‘New HIV infections are not falling fast enough. HIV prevention services are not being provided on an adequate scale… and are not reaching the people who need them the most.’

Mr Sidibe slammed the failure to halt new infections among children, which was a target for 2018.

Data in the report showed that overall among adults and children worldwide, some 1.8 million people became newly infected with HIV in 2017.

Since the start of the AIDS epidemic in the 1980s, more than 77 million people have become infected with HIV. Almost half of them – 35.4 million – have died of AIDS.

More than half of that came from domestic funding sources rather than international donors. UNAIDS estimates that £19.9 ($26.2bn) will be needed to fund the AIDS fight in 2020.

Mr Sidibe said: ‘There is a funding crisis. While global AIDS resources rose in 2017, there was still a 20 per cent shortfall between what is needed and what is available.

Such a shortfall will be ‘catastrophic’ for countries that rely on international assistance to fight AIDS, he added.

An estimated 36.7 million adults and children worldwide have HIV, including at least 88,800 in the UK and around one million in the US.

The virus progressively damages the cells in the immune system weakening the body’s ability to fight infections.

Without treatment, this leads to AIDS – the collective name for a series of life-threatening infections which the weakened immune system cannot withstand.