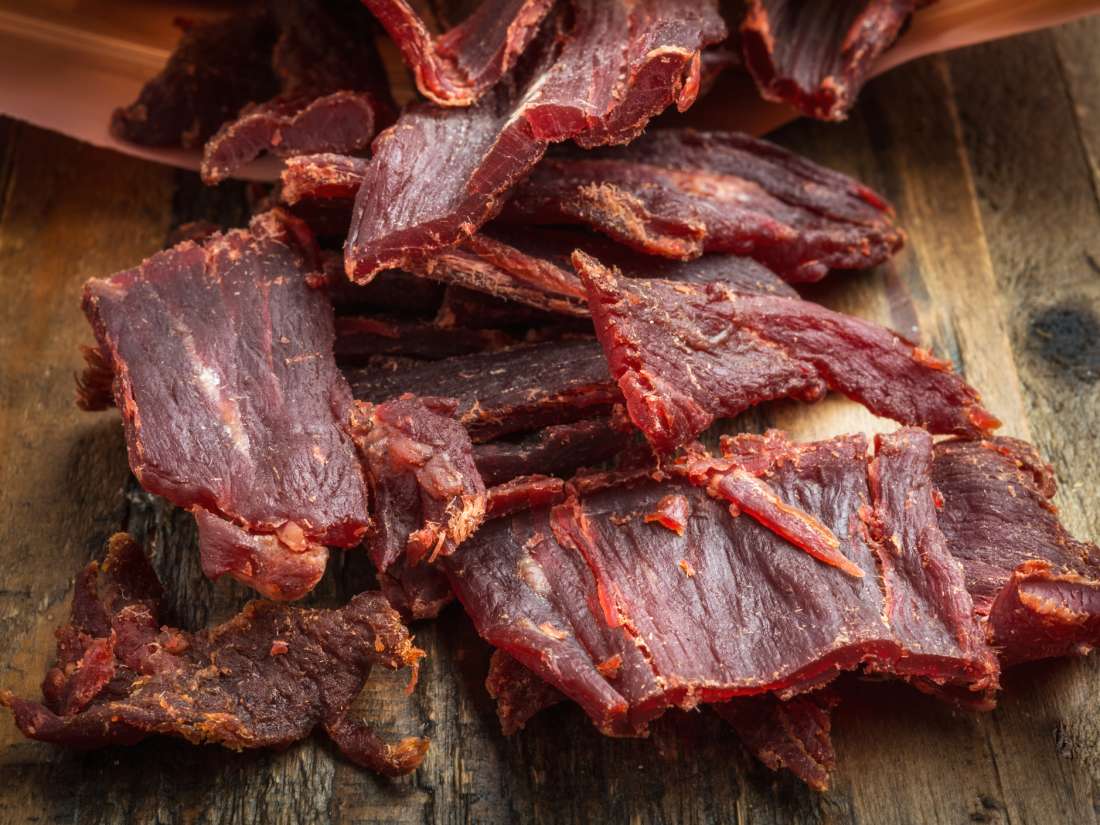 During a manic phase, a person experiences a state of intense emotional arousal.

They may feel euphoric and over-energetic, and this can result in hyperactivity and insomnia, as well as lead to risky behaviors.

This manic state can last from 1 week to several months, and though it is typically characteristic of bipolar disorder, it is also encountered in other conditions, such as schizoaffective disorder.

A recent study reported that the treatment of bipolar disorder costs the United States healthcare system an estimated $25 billion per year. Also, the symptoms associated with this condition can seriously affect individuals’ quality of life.

For these reasons, researchers are always on the lookout for modifiable lifestyle factors, such as diet, that may be able to influence the onset or severity of symptoms, since such factors can be fairly easily acted upon.

Recently, researchers from the Johns Hopkins University School of Medicine in Baltimore, MD, have been able to isolate one dietary factor that appears to be linked to the onset of manic episodes: eating processed meats, such as salami or beef jerky.

They report their findings in the journal Molecular Psychiatry.

The first clues were identified by Dr. Robert Yolken and his team, who analyzed data regarding the health and diet of 1,101 participants aged 18 to 65, collected in 2007–2017, as part of an ongoing study. Some of these participants had a history of psychiatric conditions, while others did not.

As those with pre-existing psychiatric conditions had been recruited from among patients receiving assistance in the Sheppard Pratt Health System in Baltimore, the researchers were able to assess information regarding their dietary habits prior to hospital admission.

To the scientists’ surprise, they found that, of the participants who had been hospitalized due to a manic episode, the likelihood that they had a history of consuming processed meats was about 3.5 times higher than that of the healthy participants.

But, a history of eating processed meats was not linked to either bipolar disorder or schizoaffective disorder in individuals who were not admitted to hospital due to a manic episode.

Also, no other types of food had a significant link to the two disorders, or to the onset of a manic phase.

“We looked at a number of different dietary exposures,” says Dr. Yolken, “and cured meat really stood out. It wasn’t just that people with mania have an abnormal diet.”

But why processed meats, in particular? The research team hypothesized that this may be due to a highly controversial ingredient used in industrial meat processing and curing processes: nitrates.

Research has linked nitrates with the onset of neurodegenerative diseases such as Alzheimer’s, so the investigators involved with the new study thought it plausible that they might contribute to mania, as well.

In order to test this idea, Dr. Yolken collaborated with Kellie Tamashiro, Dr. Seva Khambadkone — both from Johns Hopkins — and other scientists to explore the effects of dietary nitrates in a rat model.

First, the scientists divided the rats into two groups: one that was to receive their regular food, and another that was to be fed store-bought beef jerky (containing nitrates) every other day, alongside the normal food.

Soon, the researchers noticed that they were on the right path, as the rats that had received the extra piece of beef jerky began to show signs of hyperactivity, as well as irregular sleeping patterns, within only 2 weeks from the start of their special diet.

The team’s next step was to “commission” a batch of beef jerky that had been prepared using more natural methods, without the added nitrates.

The scientists repeated the initial experiment in a slightly altered version: some rats were fed their regular diets plus some extra store-bought jerky prepared with nitrates, while others were given their regular food plus the nitrate-free beef jerky. A third group (the controls) remained on their regular diet.

Again, they saw that the rats that had eaten the store-bought beef jerky had symptoms similar to those of mania.

However, the ones that had eaten nitrate-free beef behaved similarly to the rats in the control group.

Dr. Yolken and team conducted a last experiment, in which they added nitrates directly to the chow in quantities that would be consistent with the amount of nitrates that a person would be expected to ingest normally in a day from store-bought meats.

“We tried to make sure,” notes Dr. Yolken, that “the amount of nitrate used in the experiment was in the range of what people might reasonably be eating.”

Some rats were fed the nitrate-enriched chow, while others ate their regular food. This was done so that, later, the researchers would be able to study the animals’ gut bacteria and look out for any changes in the bacterial populations of the rats that had ingested nitrates.

Dr. Yolken and colleagues did reveal that the animals that had been fed a nitrate-enriched diet had different bacterial strains in their guts, compared with their control group counterparts.

They also saw altered molecular pathways in the brains of the rats on the nitrate-enriched diet, and these changes mirror the ones seen in the brains of people diagnosed with bipolar disorder.

“It’s clear that mania is a complex neuropsychiatric state, and that both genetic vulnerabilities and environmental factors are likely involved in the emergence and severity of bipolar disorder and associated manic episodes.”

“Our results suggest,” Dr. Khambadkone goes on to explain, “that nitrated cured meat could be one environmental player in mediating mania.”

The findings of this study do not necessarily indicate a causal relationship between dietary factors and the onset of manic episode, and more research is needed to understand the potential mechanisms at play.

Still, the authors believe that they add to the increasing amount of evidence indicating the impact of gut health on brain activity and psychiatric well-being.