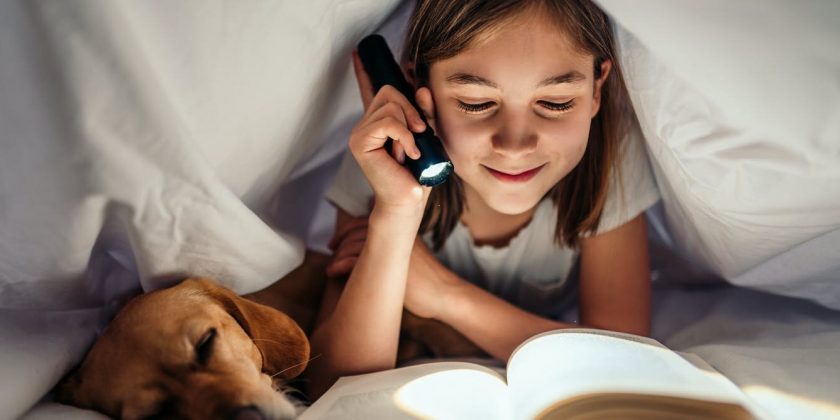 Adequate sleep is key to good health, well-being and proper functioning across all life stages but is especially critical for children. Poor sleep can inhibit rapid growth and development in early childhood.

And it’s not just about sleep duration; the time one goes to bed also plays an important role in the physical, emotional, and cognitive development of children.

All this can add up to concentration, memory, and behavior issues in children.

An early bedtime is good for physical health, too

One study of low income preschool-aged children found not getting enough sleep was associated with a higher risk of obesity. A review of academic literature on the question found “poor sleep is increasingly common in children and associations between short sleep duration in early childhood and obesity are consistently found.”

It’s worth noting that most of the studies on this question are cross-sectional, which means they look at data from a population at one specific point in time. That has major limitations that make it hard to say poor sleep habits cause the higher obesity risk.

To know more, we need more longitudinal studies that examine change over time.

That said, emerging evidence from longitudinal studies supports the idea an early bedtime may be worth the battle. One longitudinal study found: “Preschool-aged children with early weekday bedtimes were half as likely as children with late bedtimes to be obese as adolescents. Bedtimes are a modifiable routine that may help to prevent obesity.”

The results highlight that even after controlling sociodemographic and lifestyle factors, children who had consistently late bedtimes (after 9.30pm) were on average 1.5kg to 2.5kg heavier at follow up three years later than children who go to bed early (at around 7pm).

Nobody can yet say for sure what the exact relationship is between bedtime and obesity risk. Maybe it’s that staying up late provides more opportunities for eating junk food or drinking caffeinated drinks.

Or there could be more complex physiological factors. The body’s internal clock, which regulates sleep, also plays a crucial role in hormone secretion, glucose metabolism and energy balance.

How late is late?

Sleep habits are shaped by a range of biological and cultural factors. When parents set their child’s bedtime, they’re influenced by cultural norms, lifestyle and what they know about the importance of sleep.

There are clear guidelines for sleep duration for each age group, but the time a child should go to bed isn’t always as clearly defined. For a pre-schooler, I’d recommend a consistent bedtime between 7pm and 8pm to ensure adequate sleep (recognizing, of course, that work and caring responsibilities can make this really difficult for some parents).

Develop an early bedtime routine for your child and try to stick to it, even when it’s “not a school night.” Irregular bedtimes disrupt natural body rhythms and, as many parents know from direct experience, can lead to behavioral challenges in children.