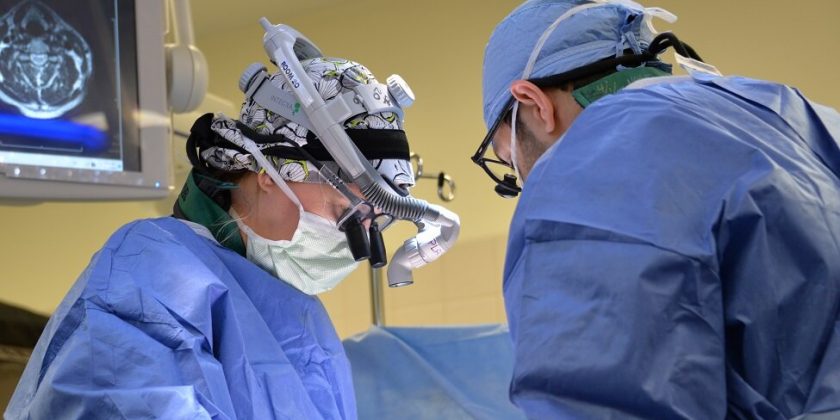 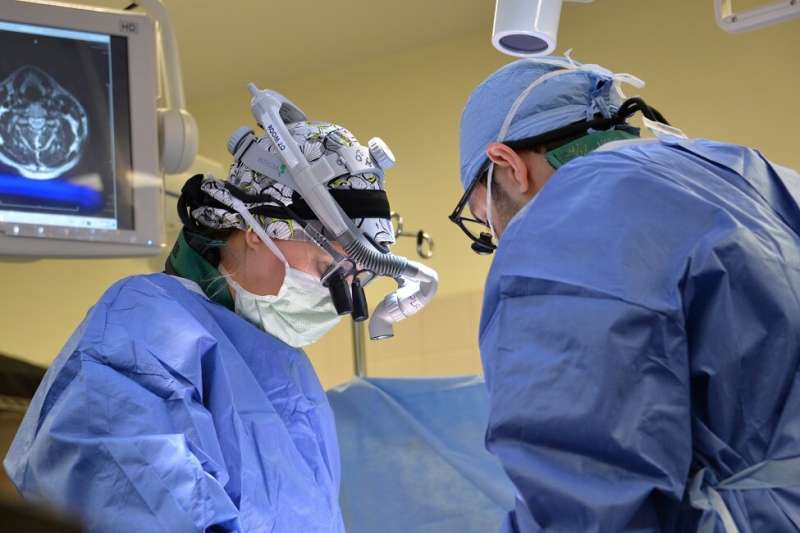 Spinal cord stimulation is a minimally invasive FDA-approved treatment to manage chronic pain such as back and neck pain. This neuromodulation technique uses electricity and an implantable device, which has been increasingly used over the past five years as a non-pharmacological approach to pain conditions due in part to the opioid epidemic.

Although patients undergo psychological assessment and a trial treatment before the implant, failure rates are estimated at around 25 to 30 percent. The ability to accurately predict which patients will benefit from this treatment in the long term is unclear and currently relies on the subjective experience of the implanting physician.

A study led by Julie G. Pilitsis, M.D., Ph.D., dean and vice president of medical affairs at Florida Atlantic University’s Schmidt College of Medicine, in collaboration with researchers from Albany Medical College, is the first to use machine-learning algorithms in the neuromodulation field to predict long-term patient response to spinal cord stimulation.

For the study, researchers used Pilitsis’ database—the largest single-center resource of prospectively collected longitudinal spinal cord stimulation outcomes—to develop and internally validate predictive models. They applied a combination of unsupervised clustering and supervised classification to obtain individualized models. Each subgroup/cluster comprised of a cohort of 151 patients and included 31 features. The study’s objective was to determine which patients would ultimately do well with spinal cord stimulation.

Results of the study, published in the journal Neurosurgery , demonstrated for the first time, the ability of machine-learning algorithms to predict long-term patient response to spinal cord stimulation placement with relatively high performance. The next step is to validate these data in a heterogeneous patient population prospectively to ensure that the algorithm is useful across different patient groups across the country and world.

“Our study resulted in the development of a model to predict which patients would benefit from spinal cord stimulation,” said Pilitsis, who conducted the study while at Albany Medical College. “After we validate this work, our hope is that this machine-learning model can inform a clinical decision support tool to help physicians better choose which patients may be most appropriate.”

Researchers found two distinct clusters; and patients in the cohorts significantly differed in age, duration of chronic pain, preoperative numeric rating scale and preoperative pain catastrophizing scale scores. Through hyperparameter fine-tuning and supervised intrinsic feature selection, they identified the 10 most influential features that contribute the most to the model performance. Logistic regression predictive models with a nested cross-validation demonstrated the highest overall performance with the area under the curve of 0.757 and 0.708 for each respective cluster.

Nearly 20 million Americans suffer from chronic pain that interferes with their daily activities, according to a new report from the United States Centers for Disease Control and Prevention. The CDC reviewed the 2016 National Health Interview Survey, which includes responses from more than 17,000 adults, and found that 1 in 5 Americans, or about 50 million people, suffer from chronic pain.

“Neuromodulation uses electrical impulses to change the way that pain is processed and may provide life changing benefit for patients,” said Pilitsis. “Its broad therapeutic scope from chronic pain relief to Parkinson’s Disease positions neuromodulation to continue as a major growth industry in the next decade.”