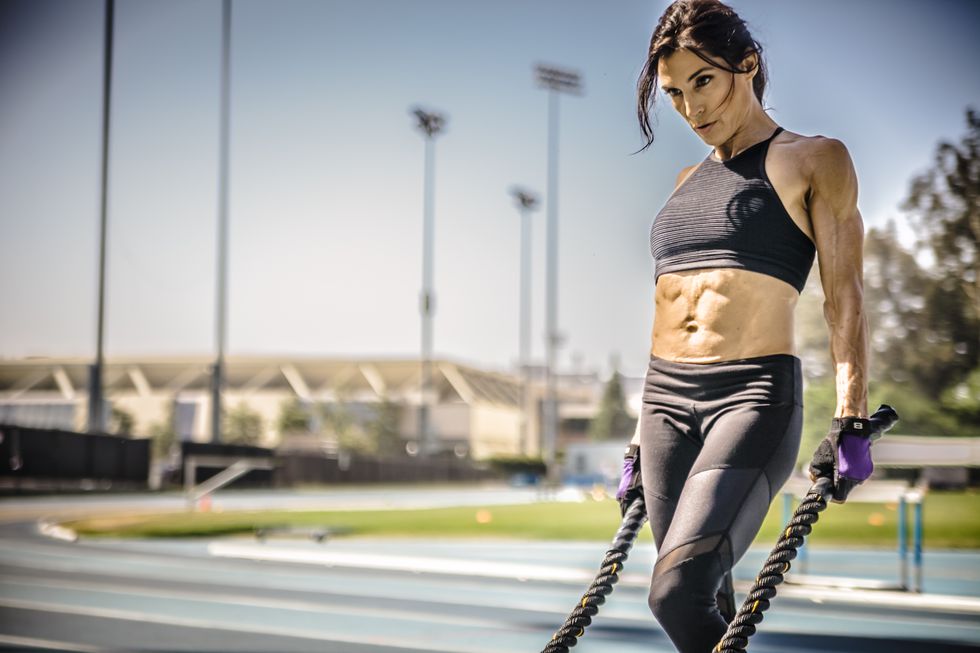 What do The Rock, Dolph Lundgren, Jim Carrey, and Russell Wilson have in common? They’ve all gotten their sore muscles massaged out by Rebecca Kordecki.

Athletes and celebrities alike seek out the Los Angeles-based massage therapist not only to release tension, but to keep their bodies operating at peak performance. But Kordecki says massage therapy should not just be looked at as a luxury of the rich and famous; it has a number of health benefits for anyone — from improving your sleep to boosting your mood — and she has advice on how to get the most out of an occasional session.

Kordecki got her start in massage therapy 17 years ago almost by chance, while she was working as a personal trainer.

“Clients would complain about sore muscles, and I’d just naturally find myself massaging them,” she said. “People told me I had ‘good hands,’ so I decided to go to school and get licensed as a massage therapist.”

She got her start with celebrity clientele after a relative Hollywood newcomer asked her to work on him: Dwayne “The Rock” Johnson. She was working at Gold’s Gym in LA at the time.

“The Rock worked out there as well … He had just finished Scorpion King so he was just starting to become better-known,” she said. “Someone referred him to me, said that he would love to get some massage work done from me.” Up to that moment, she’d never worked on such a big guy — not to mention a celebrity. “At first I was like, ‘gulp,’ but then said to myself, ‘I got this, I know my stuff,’” she said.

“He was very sweet and gentle and kind,” Kordecki said of his first interaction with Johnson. “He made me feel very comfortable, which made my job even easier.”

Eagle (bald) has landed. Shooting our big @underarmour campaign commercial today. THANK YOU to all the passionate people joining me to put in that hard work on this blessed Sunday. We’ve been working on this campaign for months to deliver to the world. It’s time. Let’s shoot. #WillFindsAWay #HardestWorkerInTheRoom

Johnson’s name is just one on a long list of very big muscles she’s worked on.

“I’ve worked on some pretty big guys. Dolph [Lundgren] is huge, I worked on him recently. He’s getting ready for Creed 2,” she said. “The Rock was obviously a very big guy to work on, but there was one guy, a 159-kilogram IFBB pro. He made everyone, even The Rock, seem small. I could not move any of his muscles.”

And that’s saying something for Kordecki, who weighs just 50 kilograms. She may be small, but she’s developed quite the reputation for her massaging strength.

“I’m small, but I know how to leverage gravity,” she said.

Kordecki practices all sorts of different massage techniques — deep-tissue and sports massage are a favorite of her clients, but she also does Swedish and Shiatsu, among many others. The technique she uses depends on the needs of her client and where their energy level is.

“Professional athletes like a very deep sports massage for obvious reasons,” she said. “Maybe they have an old injury, and we’re working to keep it supple and the scar tissue broken down. Others might just have tight muscles that need loosened up.”

A lot of the celebrities and athletes she works with get a massage once or twice a week, but not everyone has the time or money to get a regular massage. Kordecki says that even the occasional massage can have a number of benefits, and has a few tips for getting the most out of a session.

“Some people can be in the middle of a lot of stress in life, but can let it go once they step in the room,” Kordecki explained. “Other people can’t, and it affects the entire session. If a person can’t relax, it’s like trying to pry open a clenched fist.”

A big part of getting the most out of a massage is being able to completely relax, coming into the session with “accepting” energy, and allowing the masseuse to do their job.

2. Plan on doing nothing afterward

Kordecki recommends that a person schedules a massage during their rest day, or on a day with not a lot going on, like a Sunday. “If you’re already in ‘chill mode’ when you walk in, you’re like a sponge,” she said. “You’ll soak up all of the benefits from the session.”

3. Get the massage that’s right for your body

The muscular portion of Kordecki’s clientele usually either want deep-tissue or sports massage to help keep their muscles fresh and injuries at bay. But not all massages are focused on digging deep into muscles. “There are all sorts of benefits to massage. I think improved circulation is one of the biggest, really. Anyone can benefit from improved blood flow in their body,” she said.

Finally, Kordecki said, if you’re unsure of what massage you’re looking for, don’t be afraid to communicate that with your therapist — they can usually help you determine what massage will be best for your body.

“The first thing I’m doing when I put my hands on someone is figuring out what their body needs,” she said. “They may come in thinking they need one thing, but really, their body needs something completely different.”