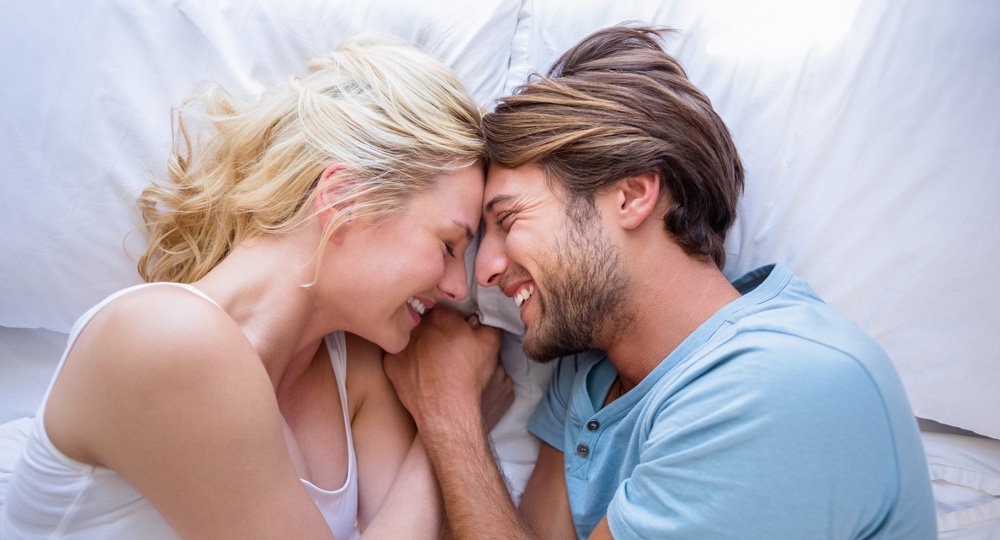 You might have a very good reason for rushing through foreplay (we’ve all tried to speed things along to catch some more zzzs, right?). But the fact is, the quicker you get to boning, the less chance you have of hitting the O zone.

Yep, certain sex habits like skipping bases one through three can really mess with your ability to orgasm. And just like your everyday bad habits, such as biting your nails, you may not even notice you’re doing them.

Read up on the nine biggest offenders and how you can cut them out of your sex life.

1. You’re only having drunk sex. Building up the guts to make your move is so much easier after a few glasses of wine (it ain’t called liquid courage for nothing). But your chances of climaxing drastically decline when you add alcohol to the sexual scenario.

“Alcohol makes our mouths dry, it makes our vaginas dry, and it can dull our nervous systems,” says Dr Kelley Johnson, a North Carolina-based clinical sexologist. One study, published in the journal Hormones and Behavior, found that a woman’s arousal weakened when her blood alcohol level exceeded .08 percent.

How to stop: Commit to sober sex. “I was married for 20 years, and we just didn’t have sex after drinking,” says Johnson. If you’re paired up, pad an extra 45 minutes into your getting-ready time on date night so you can get it on before heading out. Or, set up a day date rather than relying on him for a 3 a.m. booty call.

2. Your orgasms are often fake. Faking an orgasm is like digging your own grave. “You’re reinforcing actions that aren’t bringing you pleasure,” says Johnson. If you’re putting on a show, your partner will think that doggy style is what gets you off,” she says. “And he’ll expect a similar response next time he flips you around.”

How to stop: Shelve your acting skills. Hold the moaning and groaning for when your partner really earns it, and you won’t give him or her a false sense of confidence.

3. You’re skipping straight to the P and V (see above). For most women, going from 0 to 60 just doesn’t happen. Since women aren’t testosterone driven it’s highly unlikely that we’ll get aroused by just sitting there, says certified sex therapist Kat Van Kirk, Ph.D. So how can you get things moving? Foreplay. A study published in the Journal of Sex Research found a longer buildup leads to more intense orgasms.

How to stop: Repeat after us: Foreplay is not a chore. Think of it as a chance to give you even more feels. Once you’re warmed up and ready to progress to the P in V portion of the show, give your partner cues—verbally or by grinding closer into him, Van Kirk suggests.

4. You treat your bedroom like a dumping ground. An orgasm is pretty much impossible when your bedroom is filled with distractions, like laundry that needs to be folded, an iPad that’s within arm’s reach, or fluorescent lighting that just throws everything off. “Your bedroom ends up making you feel disengaged,” says Van Kirk. “Brain studies show that it’s not very easy to just shut off distractions and move on to orgasm.”

How to stop: Make your bedroom your sex sanctuary, says Van Kirk. Invest in nightstand lamps that give off flattering lighting, sensual sheets, and a creak-free bed to make getting in the mood easy.

5. You’re too critical. Women who are constantly judging themselves during sex, say by what you look or sound like, engage in a negative practice called spectatoring. There’s usually some underlying body shaming going on, says Van Kirk. These judgmental voices can steer you away from the fantasies and tingling sensations that get you off.

6. You see sex as shameful. If you grew up in a household that considered sex off limits, you may inadvertently close yourself off in the bedroom. “Feeling guilty around some of your sexual interests can be really damaging and can inhibit you from experiencing your full sexual potential,” says Johnson.

How to stop: Pay a visit to a sex therapist or a sexologist. “We look at what’s causing the guilt, what’s doing the damage, and begin to change that narrative,” says Johnson. The goal is to swap negative values with positive ones, and it may not be as time consuming as you think. People often feel relieved just spilling out all their negative experiences surrounding sex to somebody who understands and is trained, says Johnson.

7. You’re always trying to keep quiet. Silencing your pleasure-induced screams can affect your between-the-sheets experience. If you’re turned on by the thought of keeping it down, have at it. But if you’re focused on making sure the kids don’t hear, you won’t be able to focus on the toe-curling sensations.

How to stop: Put boundaries in place when your children are young, says Johnson. Set them up with a movie or a board game, shut your bedroom door, and tell them not to barge in unless it’s an absolute emergency. And if they hear, don’t freak. “I think our kids need to know that parents have a physical, intimate, romantic relationship,” says Johnson. “It’s much better for your kids to hear you having sex than to hear you fighting.”

8. You’re expectations are super high. Van Kirk often hears women complain that their partners just don’t know what to do in bed. These women end up purposefully withholding the information of what turns them on, assuming their partner should automatically know. “In actuality, that’s not really fair,” says Van Kirk. “If you don’t have any communication, it’s not going to happen.”

How to stop: Open up about your likes and dislikes. Telling your partner what they’re doing right or just directing them means you’ll get what you want in the end.