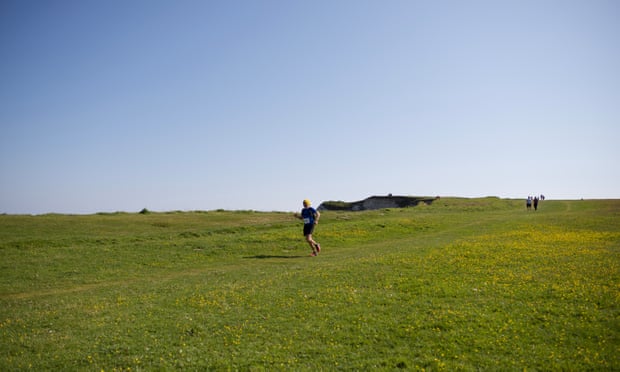 When you tell other ultra runners that you are training for the Ultra-Trail du Mont- Blanc (UTMB), they give you a certain look. Oh, you are a serious ultra runner. You can almost feel your trail cred rising.

Not because the UTMB is the toughest race, or the longest, or in the most extreme conditions – although it is fairly extreme, being a 105-mile race around Mont Blanc that traverses a route with a total ascent of 34,000ft (10,300m) and passes through three different countries.

The main reason they give you that subtle nod of kudos is because just qualifying for the UTMB is an epic feat in itself. To even enter the ballot for a place, you have to accumulate points by running three qualifying races. While you do not need to win or do particularly well in any of these races – unless you’re shooting for an elite place at the UTMB – you do need to finish them all within the cut-offs.

That might sound reasonable, but the three races I had to do last year to accumulate my points included a 135-mile run around the Welsh Isle of Anglesey, and a 100-mile slog up and down the slopes of the Pyrenees in the south of France. Both these races have drop-out rates of around 40%. The second one took me almost 40 hours, running non-stop through two nights, hallucinating cocktail parties on candlelit verandas along the way, and leaving my toes feeling numb for months after. And that is just to qualify for the ballot.

But now I have a place. The UTMB is also the most competitive ultra trail in the world, with more of the top elite runners turning up each year, treating it as the grand final, the unofficial world championships of the sport. I have no illusions about being competitive anywhere near the front of this race, but after just over a year of ultra running, when something has gone wrong in every race I have run, I am working on being as good as I can be, for what will be the culmination of my two-year ultra running adventure.

It began last February when I decided to shoot for the UTMB and ran the first qualifying race, and my first ever ultra, a 35-mile jaunt along the coastal path near my home in south Devon. Since then, I have got lost in races, worn the wrong shoes, forgotten to carry water, had extreme lows – clinging to the side of a mountain during a storm in the night –and extreme highs, when I felt like superman, flying up Holyhead mountain 130 miles into the Ring O Fire Anglesey race, unable to believe that these legs that had struggled even to walk a few hours earlier now felt brand new, straight out of the box and filled with rocket fuel.

And so, with my entry to the UTMB confirmed, last weekend I took on one of two final warm-up races before the big one. It was a mere 45-mile race along the Jurassic coast in Dorset. “Just a baby ultra,” I kept telling people beforehand. 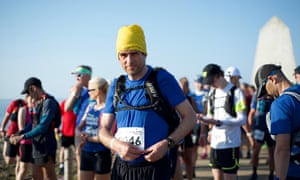 My latest lesson in this sport is never to underestimate an ultra race. The numbers in ultra running are so big and insane that they start to become meaningless in the space between the races, when you’re talking and thinking about them rather than actually running them. After some of the races I had already done, 45 miles seemed like nothing.

That was until about 20 miles in, when I started cramping while climbing up some steps after running along Lulworth Cove beach. It was a hot day and I hadn’t taken in enough salt. Luckily the cramps went away, but then came three brutal hills in quick succession, cliffs, pure vertical madness, interspersed, of course, by three terrifying descents. By then, I was on the point of dropping out. I had my reasons clearly laid out in my mind. This was only a training race, and so 25 miles was quite far enough for a training run. And it was dangerous to run with cramps – they had come back a few times on those three hills. What if I got stuck on my own somewhere remote and couldn’t even walk. It was irresponsible to carry on.

But something, and it is still hard for me to fathom quite what it is, pushed me on. Every time I resolved to stop, it said no. Go on, go a bit further. After a while, the miles still left to go and the distances already run started to blur, and my mind stopped counting, focused completely on the simple act of moving, even if it was merely shuffling.

The cliff paths and seaside towns were full of holidaymakers enjoying a balmy weekend. I ran through them with my rucksack and the number pinned on my shirt like an oddball. But word of who we were had got out, and people cheered me on, telling me I was amazing, telling me to keep going. I tried to wave or smile back. When did I become the maddest guy in town? 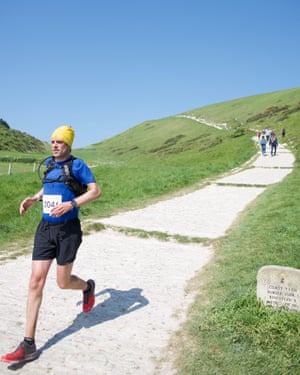 There were moments of exquisite beauty, when you would come across an isolated cove that took your breath away. In these ultras, you are so raw, that everything is more extreme. A hug from a loved one at an aid station, or the sudden appearance of nature in full bloom, can bring you close to tears. But you must go on. Perpetual forward motion is the goal. Race positions stop mattering – it ceases to become a race. I had started out with a goal time and position, but six hours on, none of that mattered. All that mattered was to keep moving, one step after another.

The race ended at Old Harry Rocks. It was a setting to lift the spirits, but just finishing was ecstasy. To sit on the warm grass, take off my shoes and stare out to sea after eight and a half hours of running. In that moment, it all made sense.

And so I have one more warm-up race left to go. A 78-mile run through the Dolomites in Italy. It is a scary prospect, lots more big numbers, but for now I am going to bask a little longer in the glory of another ultra completed. Another step along this crazy path I set out on when I decided, last February, to enter the UTMB.